Subscribe For The Latest
Home / Family Recipes / Side Dish Recipes

Cheesy cannellini beans recipe is a filling dish that can be served as a side or on it’s own as a meal! Made with canned beans from our sponsor, Bush Brothers Beans, this flavorful dish is quick and easy to make. 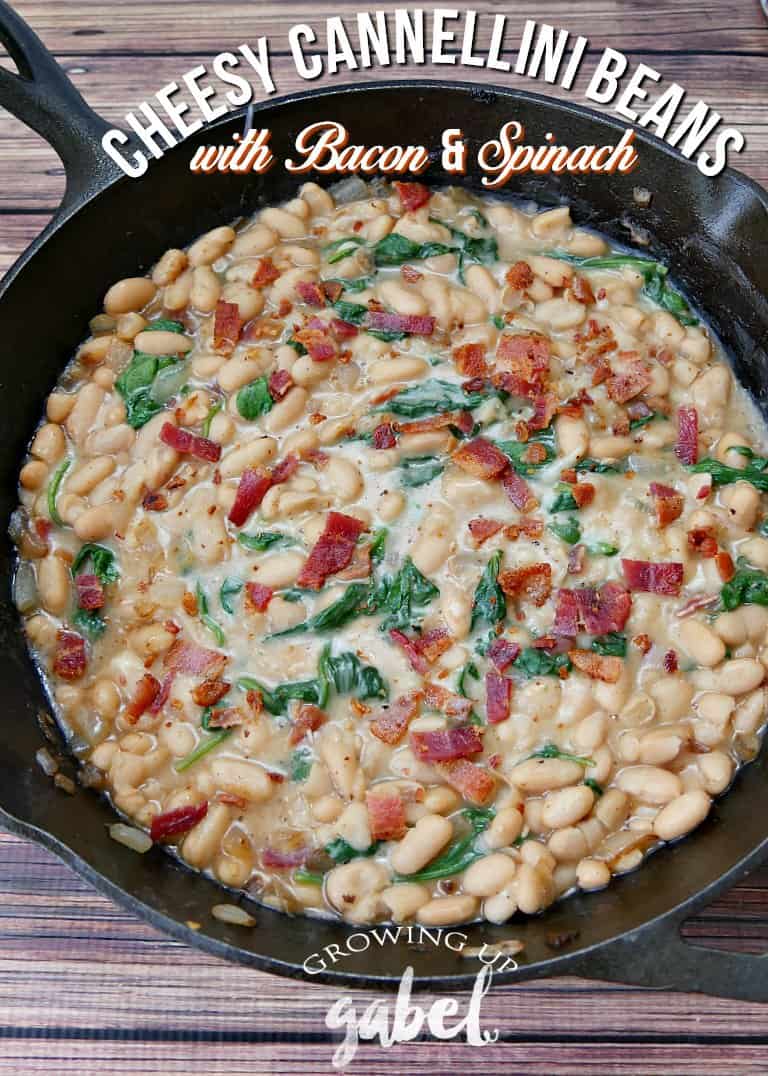 I’ve mentioned a few times before that I have a kid who is a super picky eater. So you can imagine my surprise when I discovered that she loves beans. She was just a toddler when I found out that she was happy with canned beans for lunch or dinner. For the past decade, Bush Brothers Beans have been a staple in our pantry. 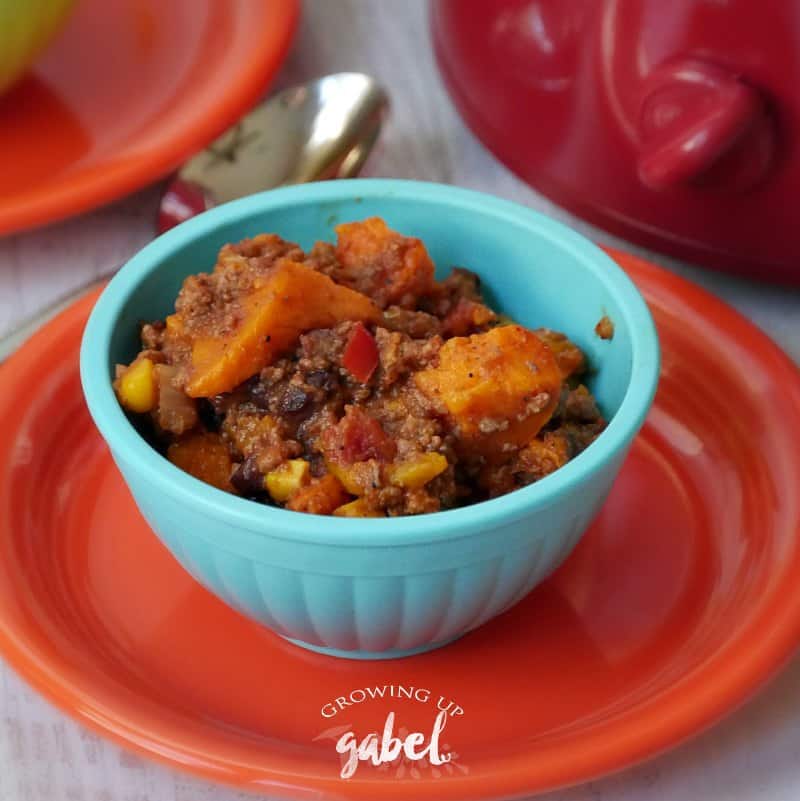 Of course, most people don’t just eat a can of beans straight out of the can for lunch. We eat them often in soups like black bean soup and in Slow Cooker Sweet Potato and Black Bean Chili Recipe. 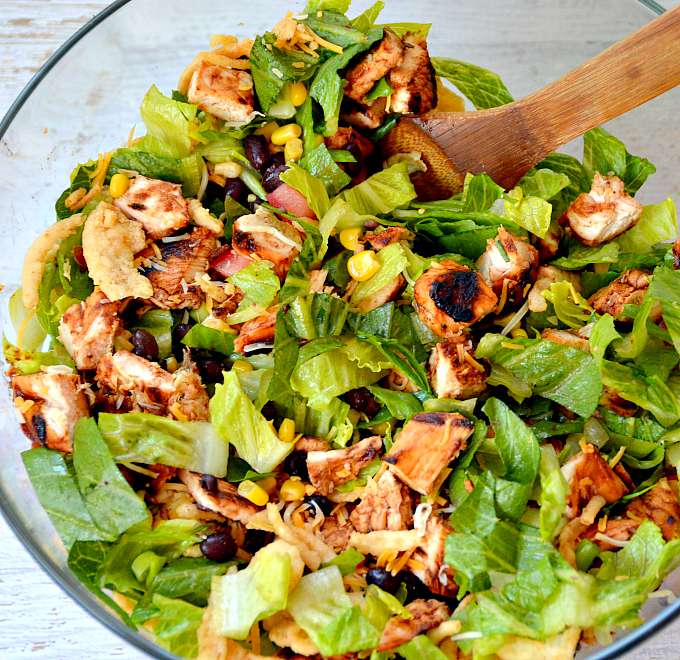 Bush’s Beans are also a terrific addition to salads as they add protein and fiber and make a salad into a meal. BBQ Chicken Chopped Salad is one of our favorite summer meals as it uses leftover barbecued chicken. 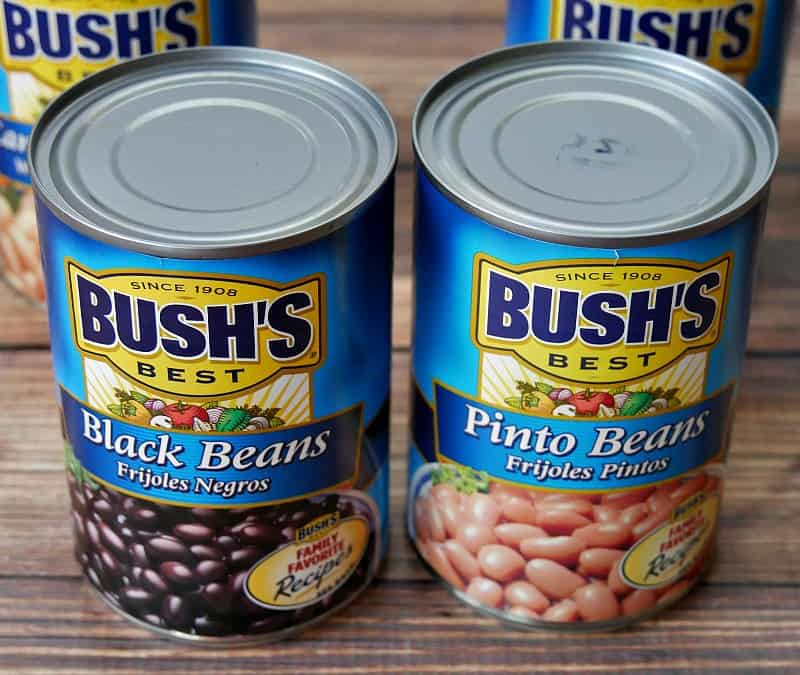 Serving Bush’s Beans as a side dish is also great as a gluten free side dish option. I used to make a lot of pasta salads in the summer, but since not everyone eats pasta, I’ve found that beans like these cheesy cannellini beans are a great way to serve a dish that everyone will love. 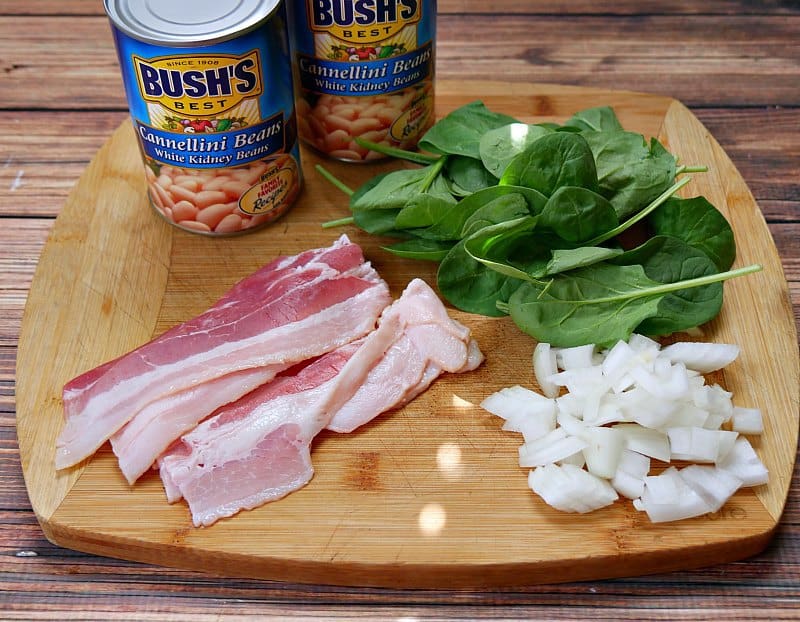 You aren’t going to believe how easy these beans are to make – and with so much flavor thanks to the bacon, garlic, onions, and Parmesan cheese.  Originally I wanted to use kale in this dish, but kale is hard sell in my house so I went with spinach instead.  You can use any hardy green leaf you like. 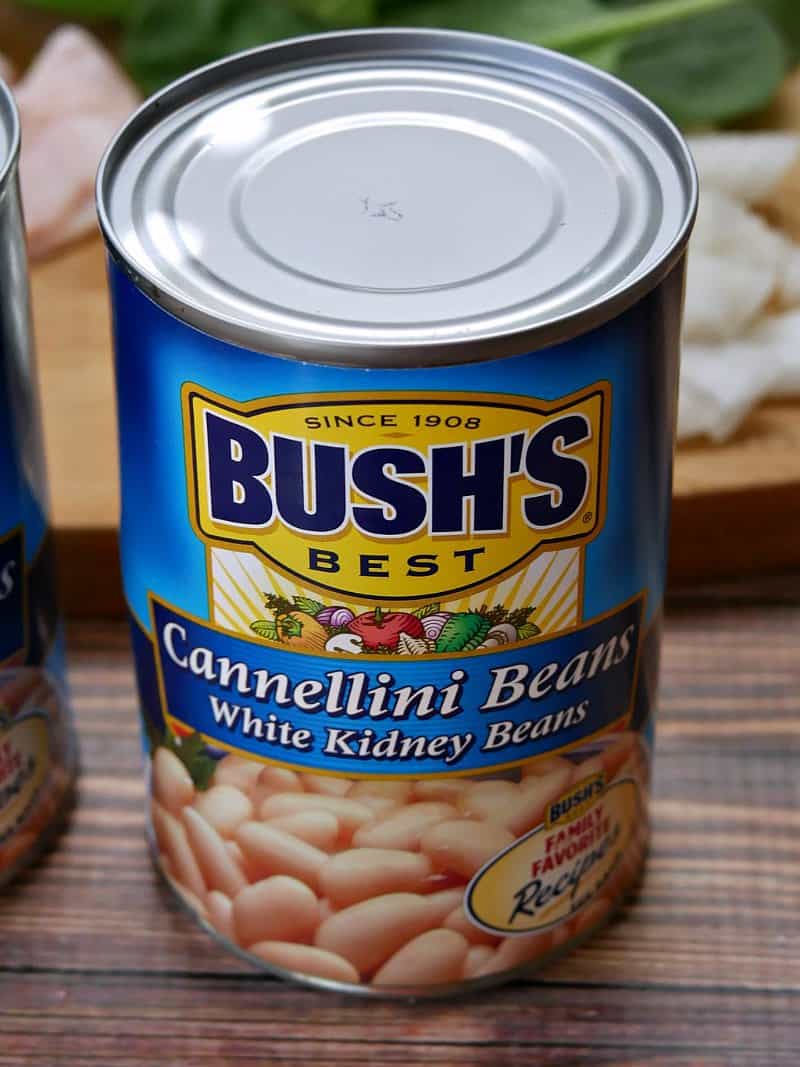 I normally have cans of pinto and black beans in my pantry. They are easy staples to add to so many meals. But I recently read about cannellini beans being popular in Italian recipes from certain areas of Italy and I had to try them. I picked up a few cans of Bush’s Cannellini beans at Walmart. Bush’s has an amazing selection of beans to choose from so you can be creative with beans! 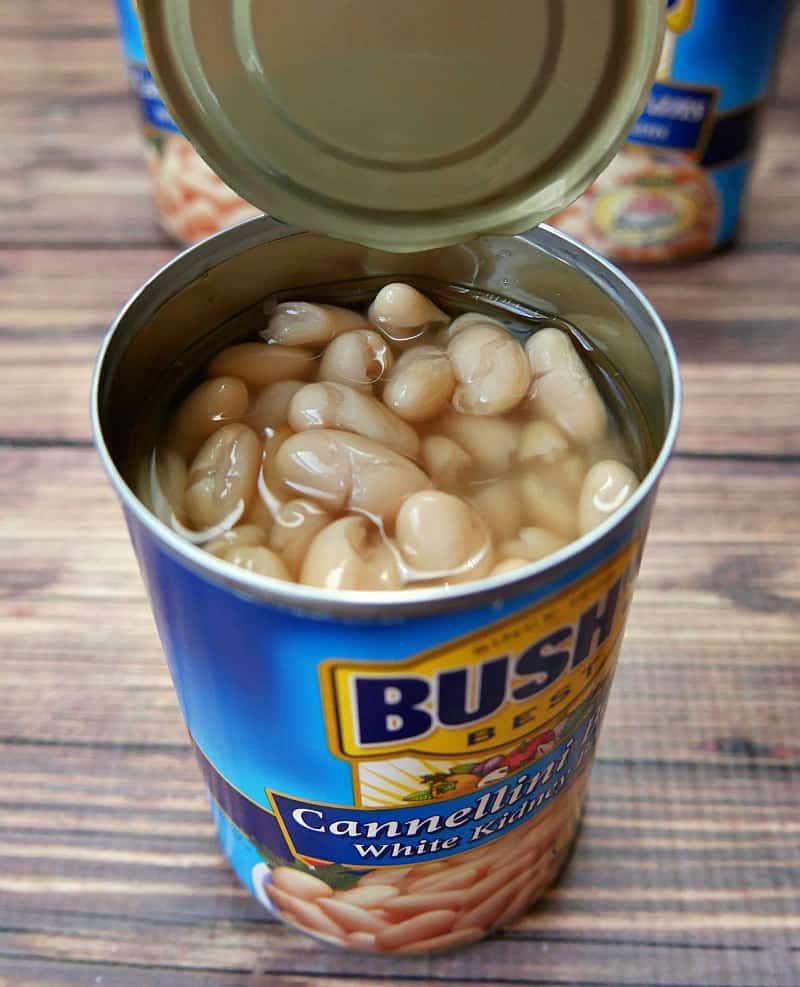 The Bush’s cannellini beans are so creamy and smooth. They work beautifully in this dish, but pinto beans would be just as good and they are more likely to be in the pantry. 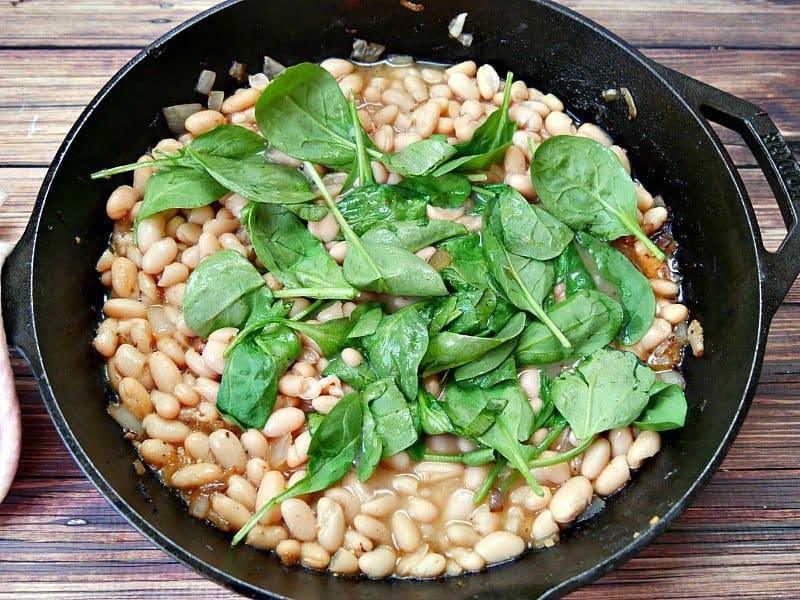 This bean recipe take no time at all to cook. I used a cast iron skillet to make these, but any skillet or even a dutch oven will work.

Start by cooking the bacon until crisp. Set aside to drain, but leave the bacon grease in the pan. Add the onion and then garlic and cook until the onions are soft making sure not to burn the garlic.

Once the onions are soft, add the beans to the pan and stir it all up to get the onions and garlic mixed in. Throw in a couple of handfuls of spinach and a pinch of red pepper flakes. Stir it around to wilt the spinach. 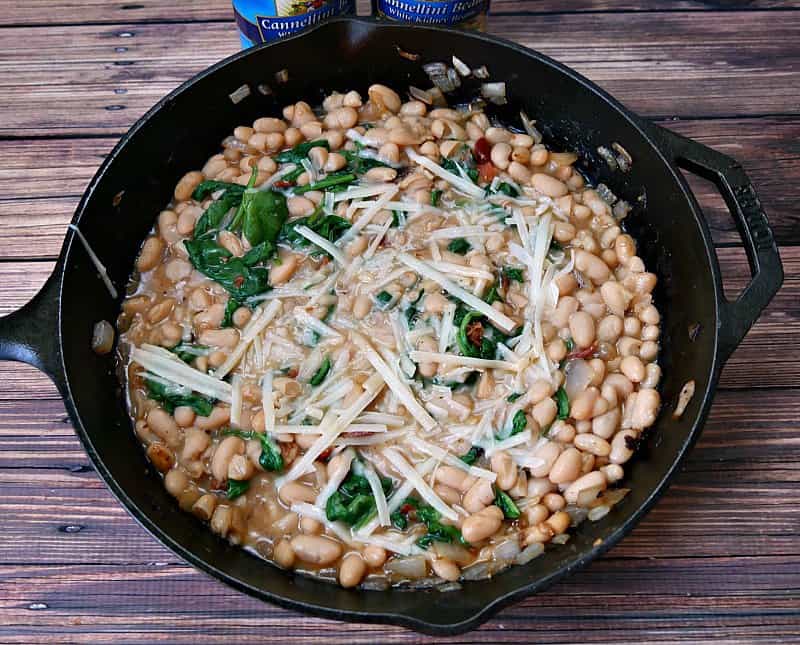 Turn off the heat and toss in the Parmesan cheese and half of the bacon, chopped in pieces. Stir to melt the cheese completely. 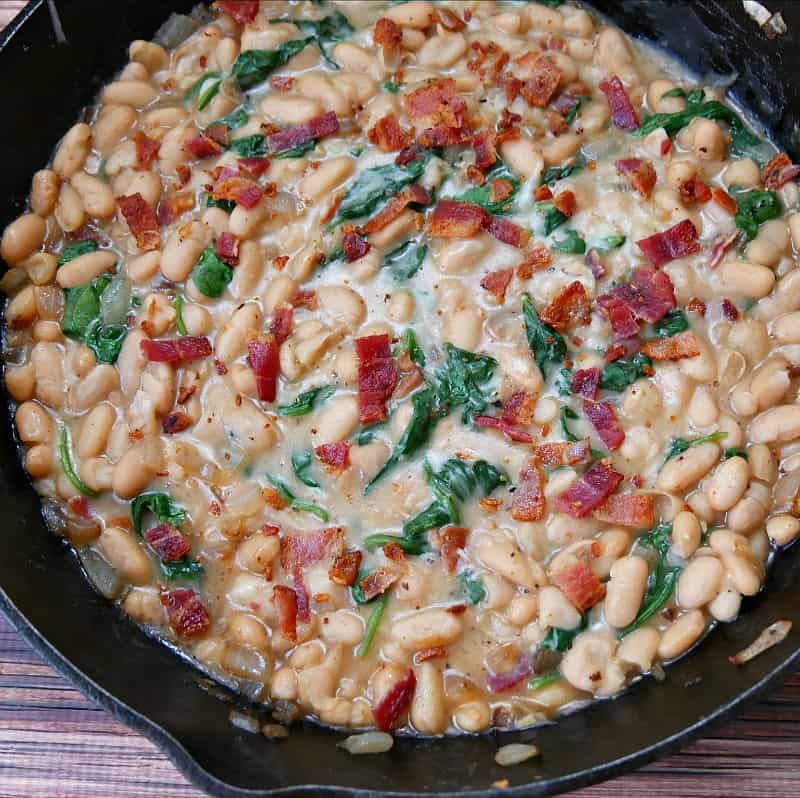 Finish by topping the beans with the remaining chopped bacon and serve the beans hot.  These beans are so full of flavor and yumminess! Serve as a side dish (they’re a great side for grilled steak!) or eat as a main course. Enjoy this #MyBestWithBushBeans recipe.

Heat a large cast iron skillet over medium high heat. Cook the bacon until crisp. Remove bacon from the skillet to a paper towel lined plate to drain.  Keep the bacon grease in the skillet. When the bacon is cool, dice in smaller pieces.

Turn the heat down to medium. Add onions to the skillet and stir. Cook for a few minutes and then add garlic. Stir again and cook until the onions are soft being careful not to burn the garlic.

Drain the cans of beans. Once the onions are soft, add the Bush's Cannellini Beans to the skillet and stir.  Add the pinch of red pepper flakes and the spinach. Stir and cook until the spinach is wilted.

Once the spinach is wilted, remove the skillet from the heat. Stir in the cheese and half of the bacon until the cheese melts. Sprinkle the remaining bacon on top of the beans and serve hot. 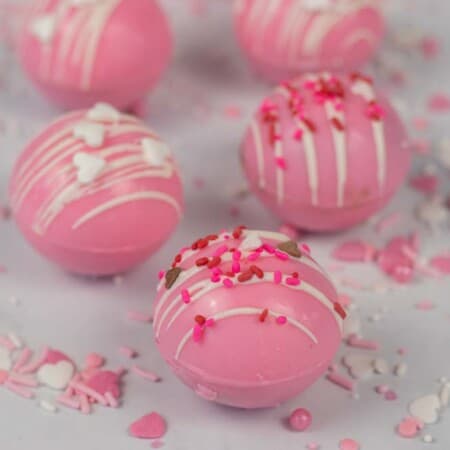 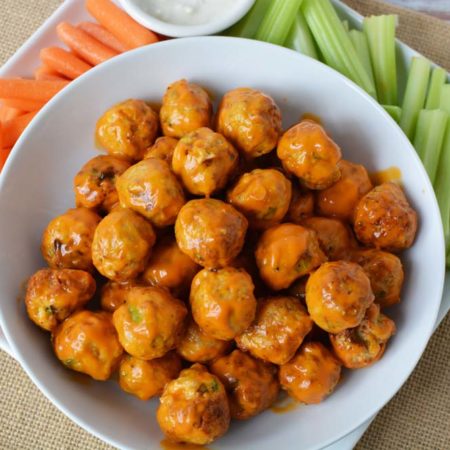 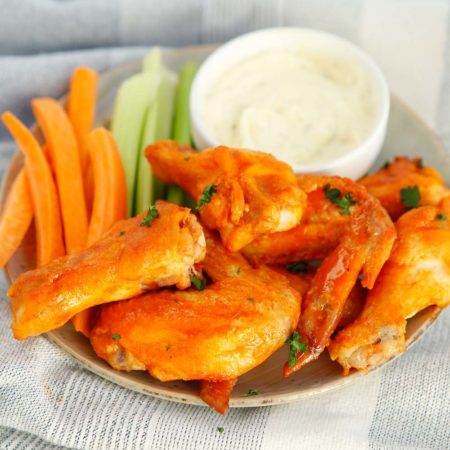