Blueberry Lavender Lemon Drop Martini is a great spring cocktail, and perfect for your Easter holiday. It’s easy to make and uses a locally made simple syrup. 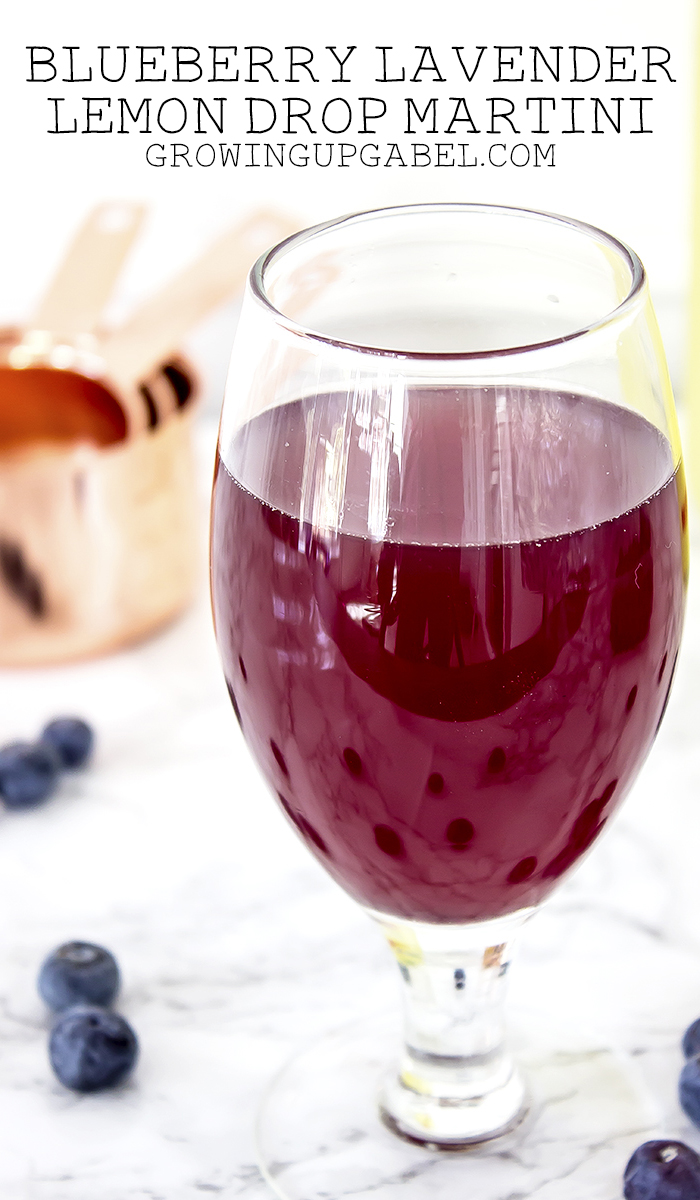 One thing that becomes really popular around spring time is lemon. Especially with me, I love lemon. 😛 (For more proof, check out my Lemonade Beermosa Beer Cocktails!) Over the years, I’ve seen a lot of people mix it with blueberry (delicious), as well as lavender.

You know…I’ve never eaten anything with lavender before. So I was intrigued.

And then I went into my local liquor store looking for some inspiration for a spring martini. The owner directed me towards a new line of simple syrups he’d ordered, called Sallie’s Greatest Simple Syrup. (Note: This isn’t a sponsored post. This is just a really cool product.) I used the Blueberry Lavender syrup (obviously) and gave it a little taste before mixing it with my lemonade. And ohhh, man. 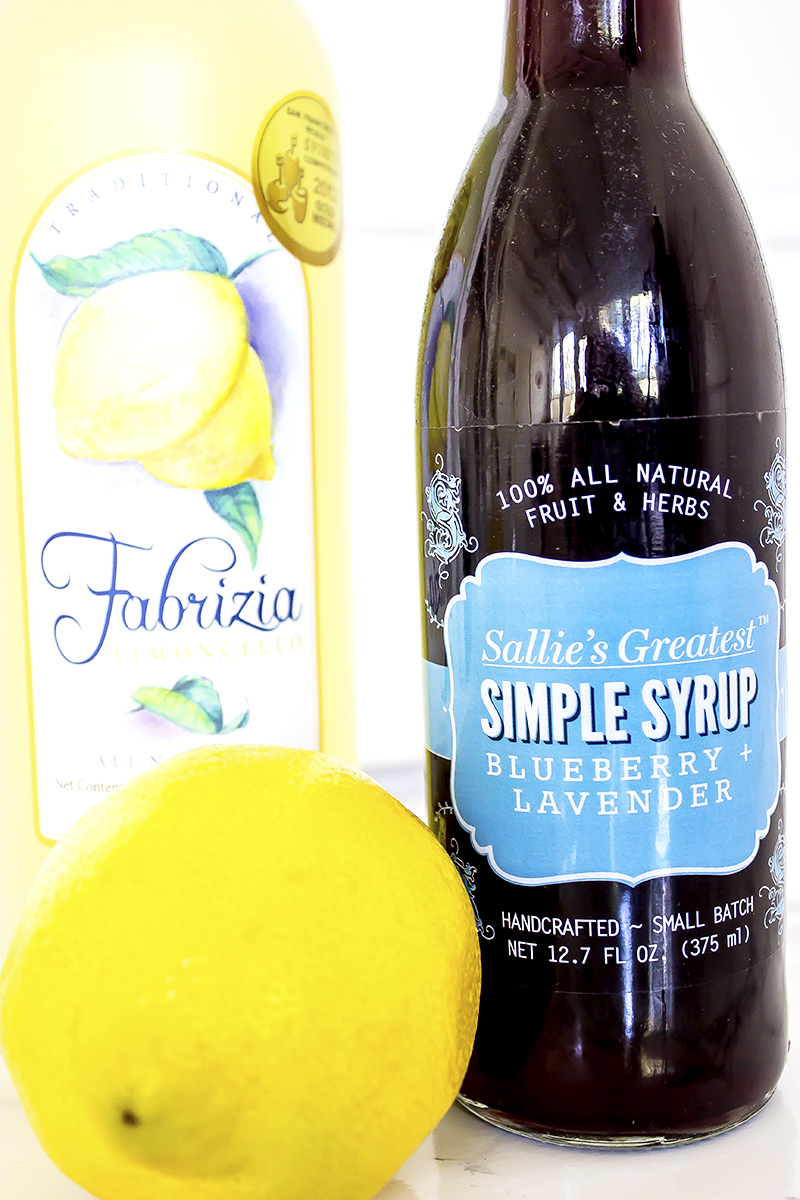 It took a few tries to get the measurements just right. For some reason, pouring it in without measurements worked out great…but then that’s a difficult recipe to share. I can’t just say, “Mix these things together in whatever portions you want” (though you can totally do that). 😛 But after a few tries, and getting a little drunker than initially intended (FOR YOU), I managed to make it happen. 😀

Don’t drink alcohol? You can skip adding that part and just make a Blueberry Lavender Lemonade. It’s still pretty delicious. But I like mine spiked, so I added some limoncello. I actually chose limoncello because it’s also nice to sip on its own, so I knew it would get used up. Next time, though, I think I’d go for a citrus vodka for a little more of a punch. 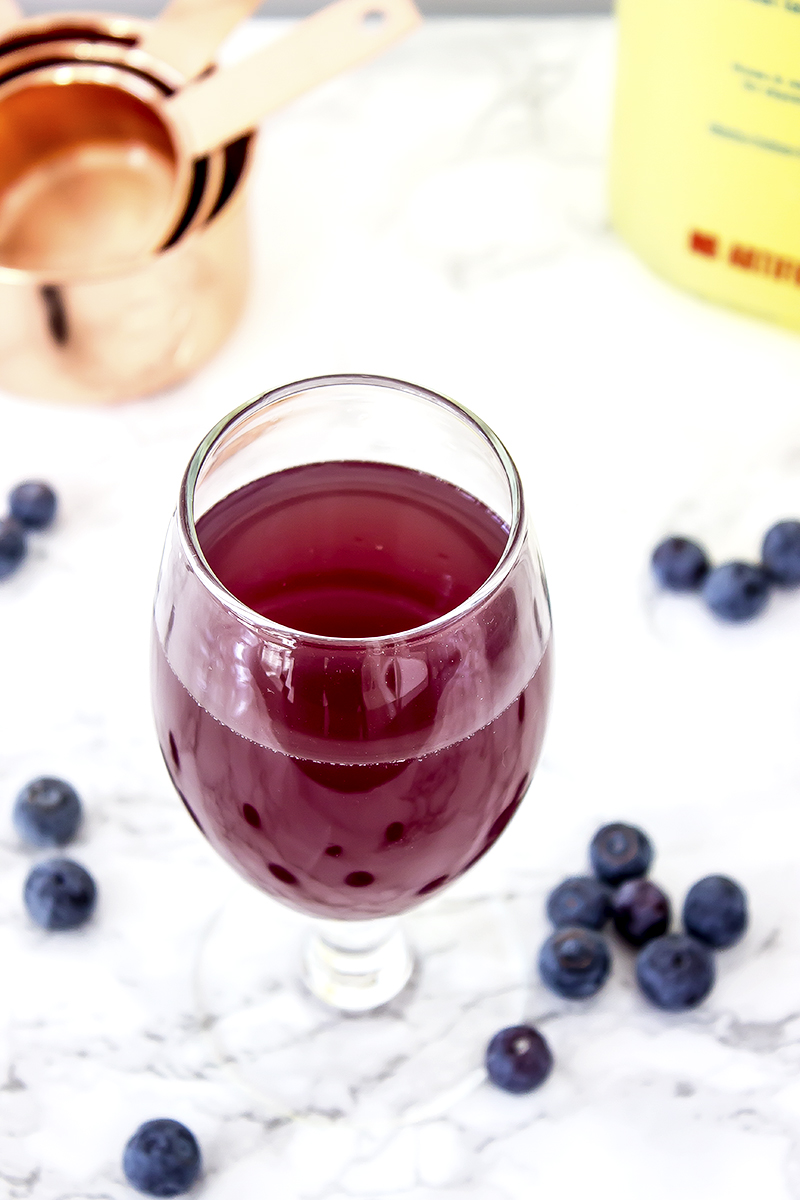 The resulting martini was just fantastic, though. So refreshing and sweet. This will be really nice for a dessert drink, or for an Easter/Mother’s Day treat. …Or anything, really.

If you have some lemons lying around, they’ll make a pretty garnish, or add some more flavor if you want to just let them float in the glass. In fact, the next time I make this, I might just let some lemons and blueberries soak in it for a bit before drinking it. I always enjoy getting to the fruit at the bottom. 😛

If you want to check out Sallie’s site, she has a lot of recipes for her simple syrups (I really want to try the mojito!). If it weren’t so expensive, I’d probably use it on pancakes. Because wow.

What are your favorite springtime flavors?