Make slow maker spaghetti  with homemade spaghetti sauce with meat and angel hair pasta – all made right in your slow cooker.  Let the sauce simmer all day long, then add the pasta during the last 30 minutes of cooking for an easy and delicious dinner. 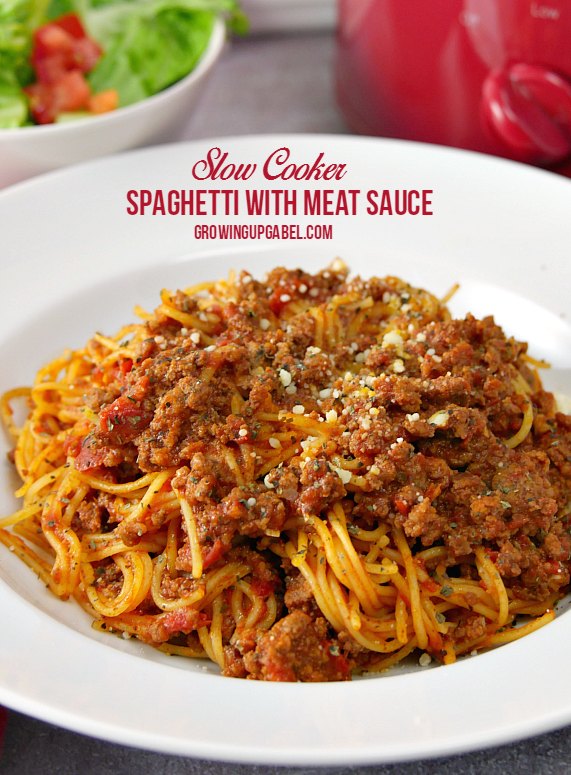 I had my doubts about this recipe.  Not about the meat sauce.  I was sure the sauce would be fantastic after simmering all day long.

But cooking pasta right in the sauce? In the slow cooker?

Yeah, I wasn’t sure that was going to work and I was terrified I was going to ruin an entire batch of amazing meat sauce.  My fears were completely unfounded. 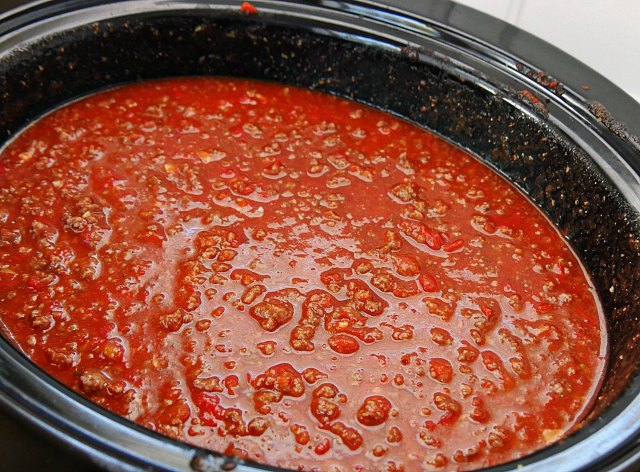 I started with a batch of my homemade Sicilian marinara and added ground beef to make it a meat sauce. I had to juggle things a bit to get them from a pan to the slow cooker, but it worked.

This was actually the first time I had cooked the sauce in the slow cooker. Usually I let it simmer on the stove all day long.

But I wanted to make sure I could leave it in a slow cooker if I had to leave. I did prop the top of the slow cooker a bit to let it vent while cooking. 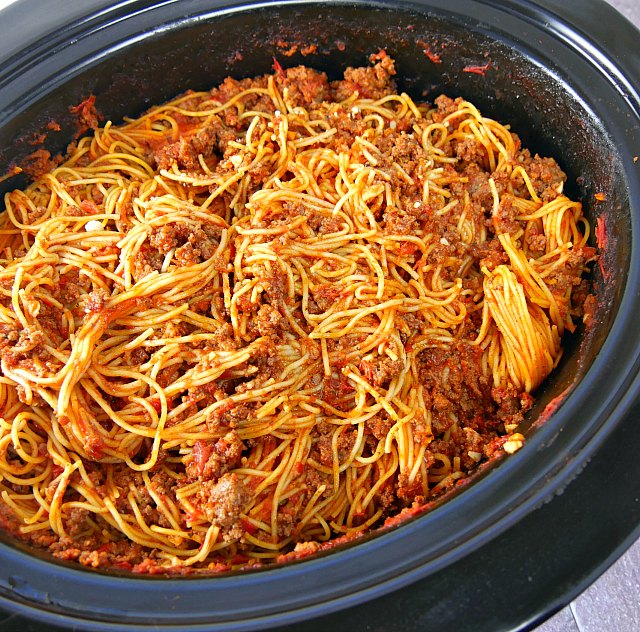 After about four hours on high, I got impatient (and hungry) and decided to put the pasta in. I used angel hair pasta because it’s thin and would cook easily.

I used a six quart oblong slow cooker and the past didn’t need to be broken to fit.  But I was concerned it would chunk together so once it softened enough to stir, I stirred it up to make sure it didn’t stick. 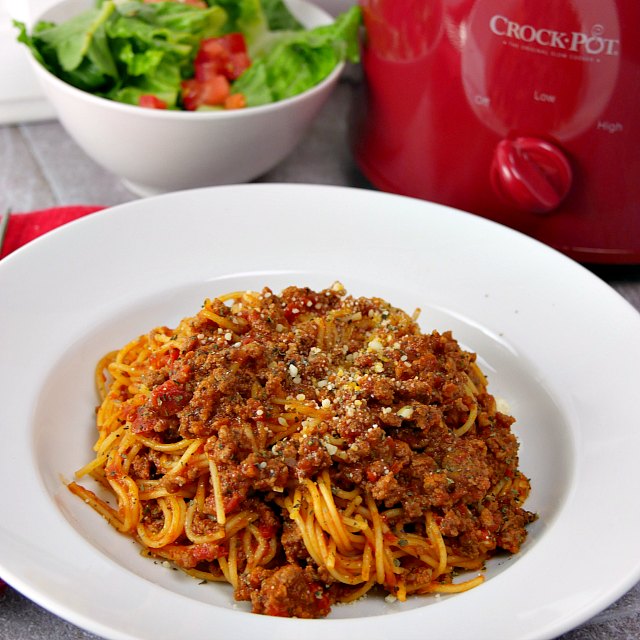 It worked perfectly! It was delicious.  This would be a great way to make spaghetti for a pot luck or a party.

Check out all the recipes from the 30 Day Slow Cooking Challenge!