Slow cooker orange chicken is an easy dinner recipe made with chicken thighs and marmalade. 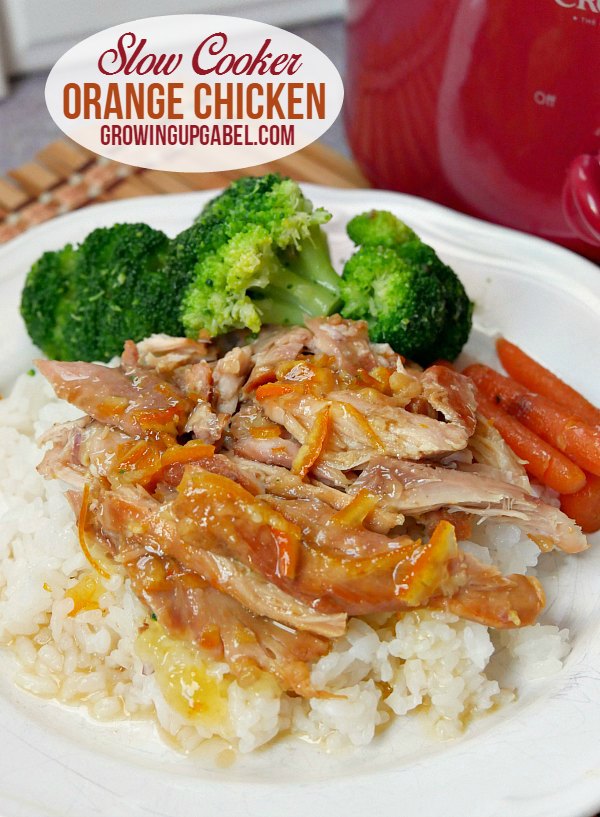 Making a slow cooker orange chicken recipe has been on my “recipes to make” list for about forever. But they all look so complicated and I wanted an easy recipe.

I didn’t want to have to bread, thicken, or chop. And with this recipe, you don’t do any of that and it still tastes like orange chicken. Plus it’s gluten free! 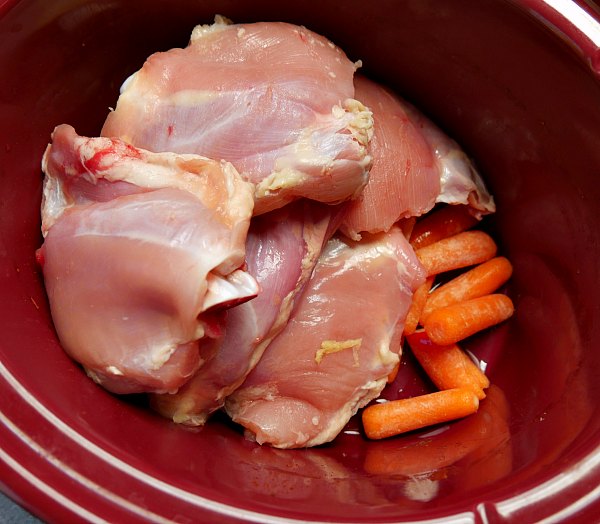 The only fussy part of this recipe is removing the skin from the bone in chicken thighs. It’s  necessary because otherwise there’s just too much grease.

I added carrots to the dish but they aren’t entirely necessary. I just figure that as long as I’m cooking  in the slow cooker, I might as well add some veggies. Sweet potatoes would work nicely, too. 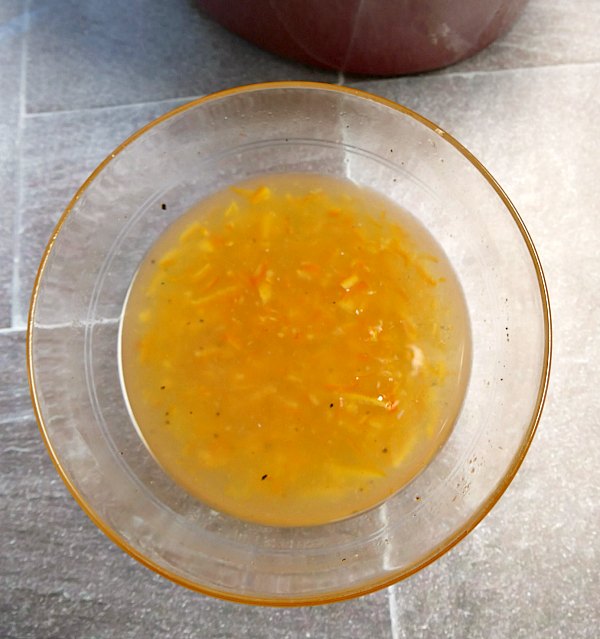 The orange sauce is about as simple as it gets – orange marmalade and chicken broth. I use homemade chicken broth, but store bought works fine, too.

I had to dig around the marmalade brands at the store to find one without any junk ingredients. I was pleased to find that Smucker’s Natural Marmalade Fruit Spread only has 6 ingredients and I’d expect to find them all in a jam. 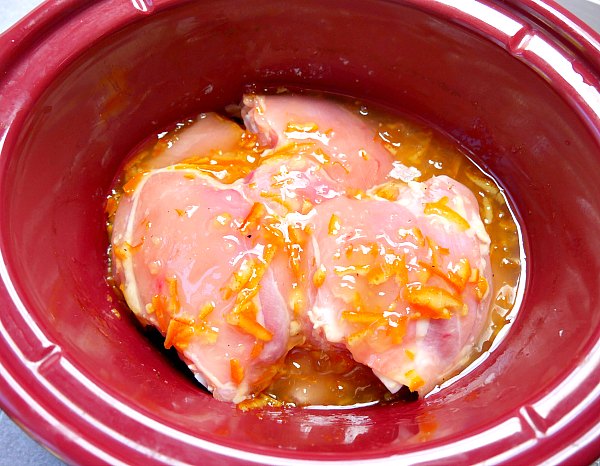 This recipe could not get any easier. Put the carrots on the bottom of the slow cooker and the chicken thighs on top of those. Dump the sauce on top of the chicken and cook on low.  This would be super easy to double the recipe for a large crowd. 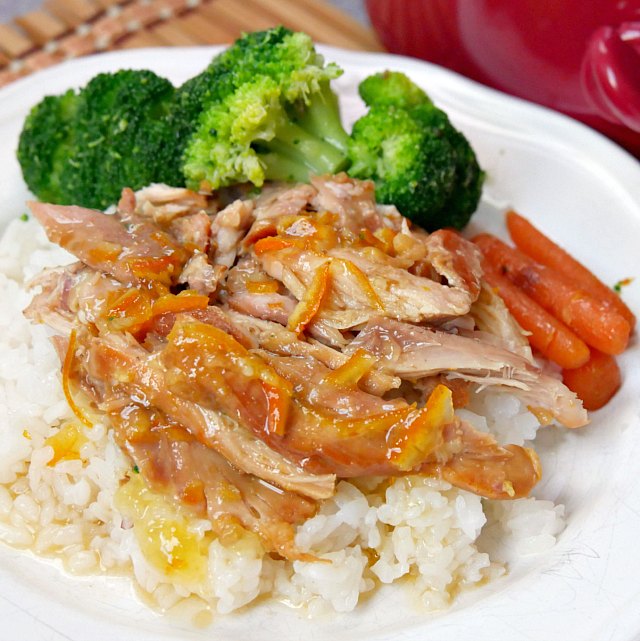 When the chicken is done, it will fall right off the bone. I shredded it up and served with rice, broccoli and the carrots.

The chicken has a delicious orange flavor on its own, but I mixed in a little more marmalade to the juices in the slow cooker and spooned it on top.

Scatter baby carrots on the bottom of the crock of a 4 quart slow cooker. Add salt and pepper to taste.
Arrange chicken thighs on top of carrots, sprinkle with salt and pepper.
Mix orange marmalade and chicken broth together in separate bowl, then pour over the chicken.
Set slow cooker to LOW and cook covered for 6 to 8 hours.
Spoon sauce over top of chicken when serving.

Check out all the 30 Day Slow Cooking Challenge Recipes! 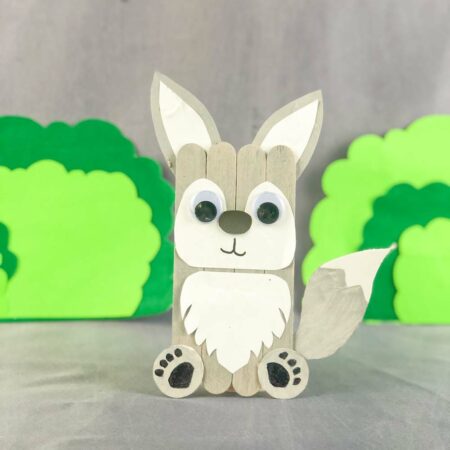 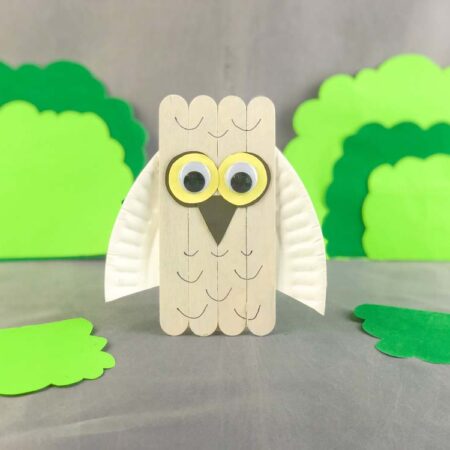