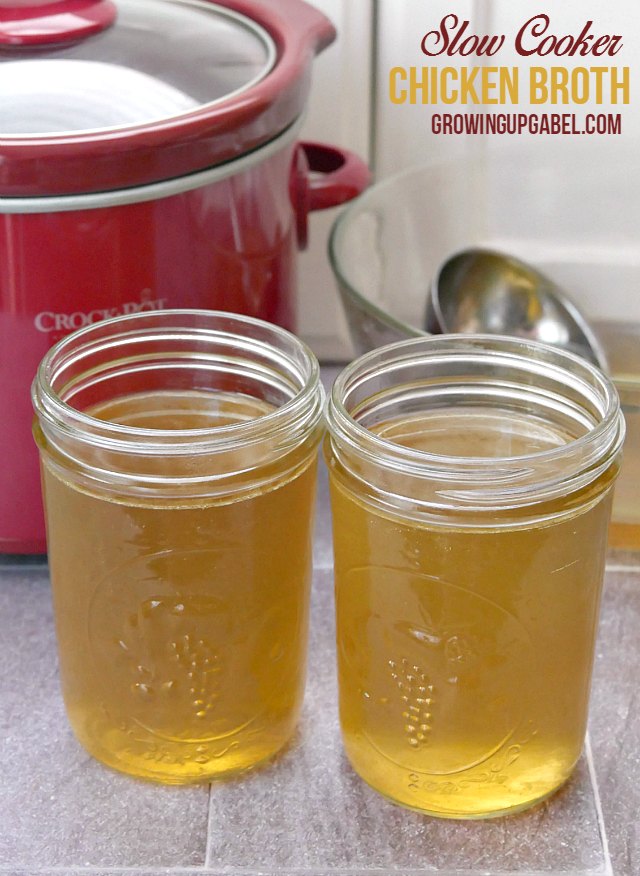 One of the best parts of making a whole chicken in the slow cooker is using the carcass to make homemade chicken broth.  Most store bought broths contain unnecessary flavor enhancers and other chemicals and a ton of salt. So whenever I make a whole chicken, I take the time to make a batch of chicken broth. 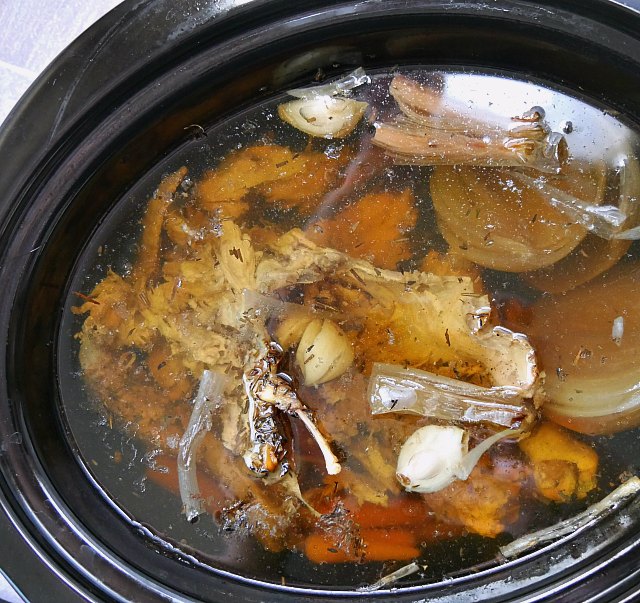 Making the broth is very easy. Place the chicken carcass back in the slow cooker it was cooked in.  Add in vegetables like carrots, celery, onion and garlic.  I don’t peel or chop any veggies except the onions. I’ve heard that onion skin can make the broth a tad sour so I always skin it.

Fill the slow cooker with water.  Feel free to fill it up completely and don’t worry about it being too full.  Cook the broth for 12-15 hours. The longer it cooks, the better it gets. 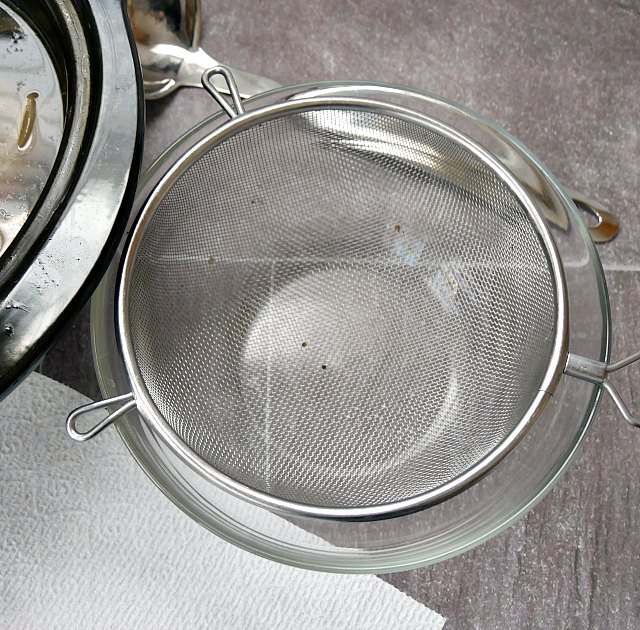 Once the broth is finished cooking, allow it to cool so its’ safe to strain.  I use a mesh strainer but for years I just used a cheap plastic one and it worked fine. 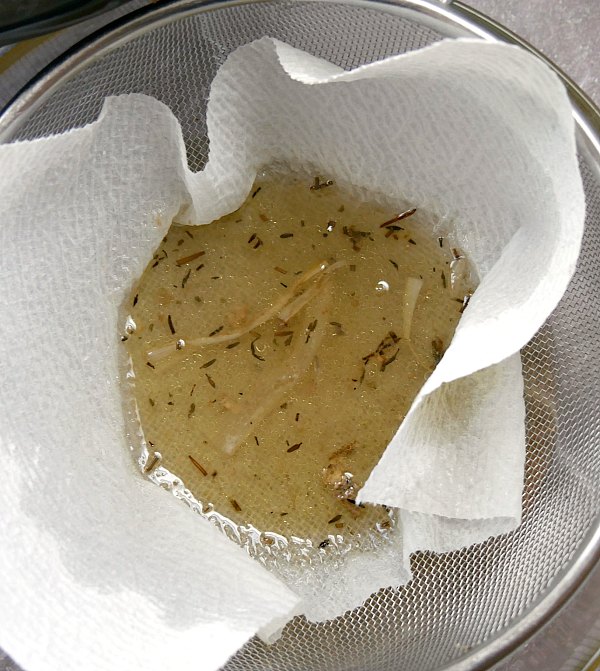 The trick to getting clean and clear broth is to strain it thoroughly.  I used to use cheese cloth to strain the broth, but it’s expensive and I’d run out and forget to buy more.

In a pinch one day I used a paper towel and it worked perfectly.  The paper towel will need to be replaced often. Be careful when removing it so it doesn’t break and all the junk gets in the broth. 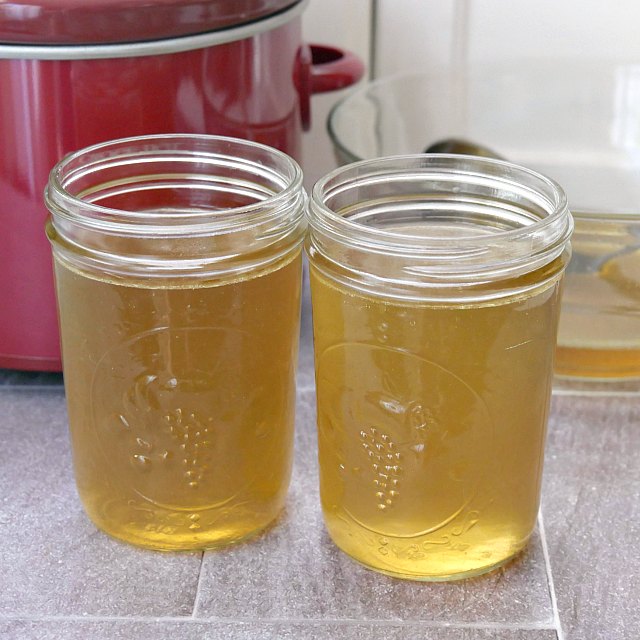 Once the broth is strained, ladle it in to canning jars. Use any size jar.  I like to portion mine in to 1 or 2 cup measurements.  I bought twist on plastic lids and they work beautifully.

Check out all the recipes in our 30 Day Slow Cooking Challenge!