Make a Red White and Blue Shot for your Fourth of July party guests!  Cool to look at, sweet to the taste–this red, white, and blue shooters recipe is guaranteed to impress your guests this Fourth of July! 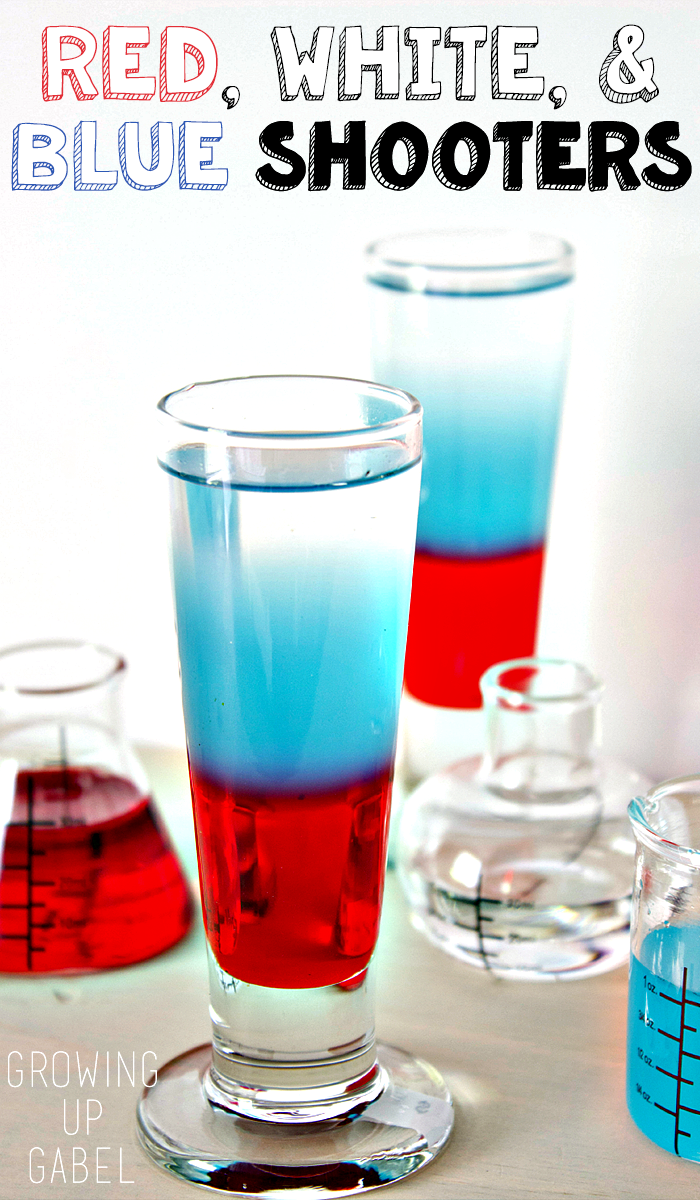 Normally I like things easy. But every once in a while, I see something really cool and know I need to try it.

I’ve seen pictures of red, white, and blue layered cocktails and thought they looked so cool. I looked up recipes to see how they were made…but no one really goes into that. They just say, “Layer these three liquids.” Which is NOT helpful.

A red white and blue shot isn’t difficult to make, but they do take some patience. I experimented with multiple ways of layering the liquids and finally figured out how to do it easily. So I’m going to share that with you!

Your measurements may be different depending on how large your glasses are, but you can use that ratio as a guide.

I saw multiple methods of making these shooters…but it seemed most people suggested using a spoon to gently lower the liquids into the glass. This is difficult if you’re using shot glasses (since a spoon won’t fit) and if you, like me, are very clumsy. 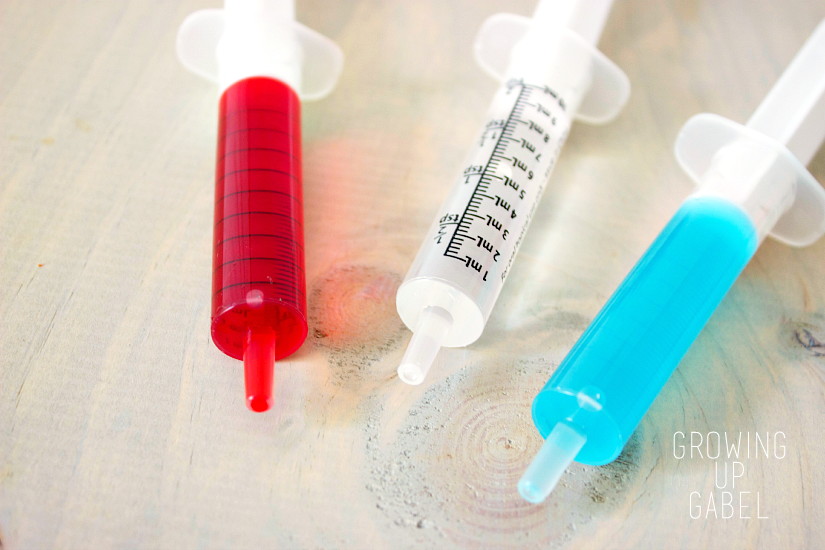 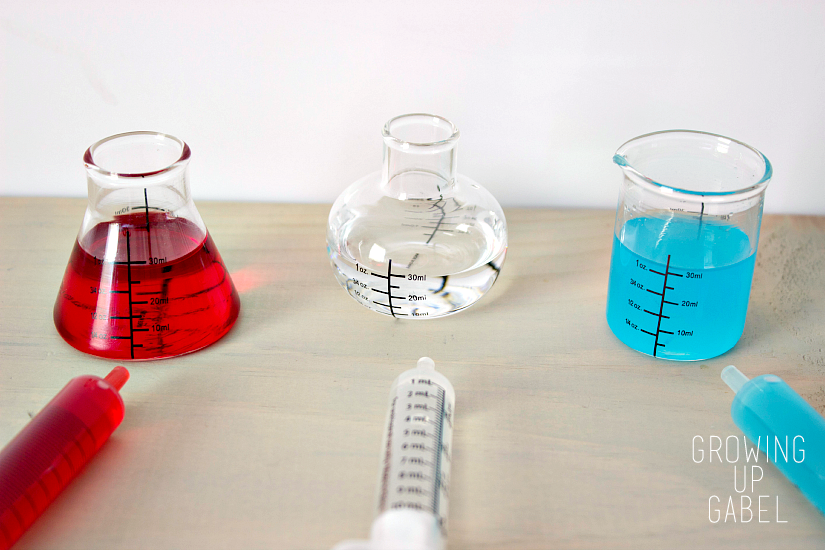 The secret to this is to slowly drip the liquid from the syringe into the shot glass. I put the grenadine in first (using a syringe because pouring it in could potentially spill grenadine up the sides).

Then I put the blue liqueur in very slowly. And the coconut rum even more slowly than that. It’s actually difficult to describe, which is why I made this handy dandy fast motion video!

It’s quick in the video, but hopefully you can see how carefully I dripped my syringes. Though my carpal tunnel made it a little uncomfortable and forced me to slow down even further. So there’s that.

Also, you have to be careful not to let the syringe puff out any air. If you look closely, you may see where my blue liqueur went in a little too quickly and mixed with the grenadine. That was because of the air. 😛

So when you get close to the end of your syringe, stop, squirt the rest into a different glass, and reload (if necessary). Alternatively, you could do what doctors do. Turn your syringe upside down, tap it (this forces the air bubble to the top, where the point is), and then squirt the air out.

When loading your syringe, be sure to put the tip as close to the bottom of the glass you’re loading from as you can. That way, you won’t load too much air (a problem I ran into when I first did this). But you are going to load some air. Which is where the two methods above are helpful. 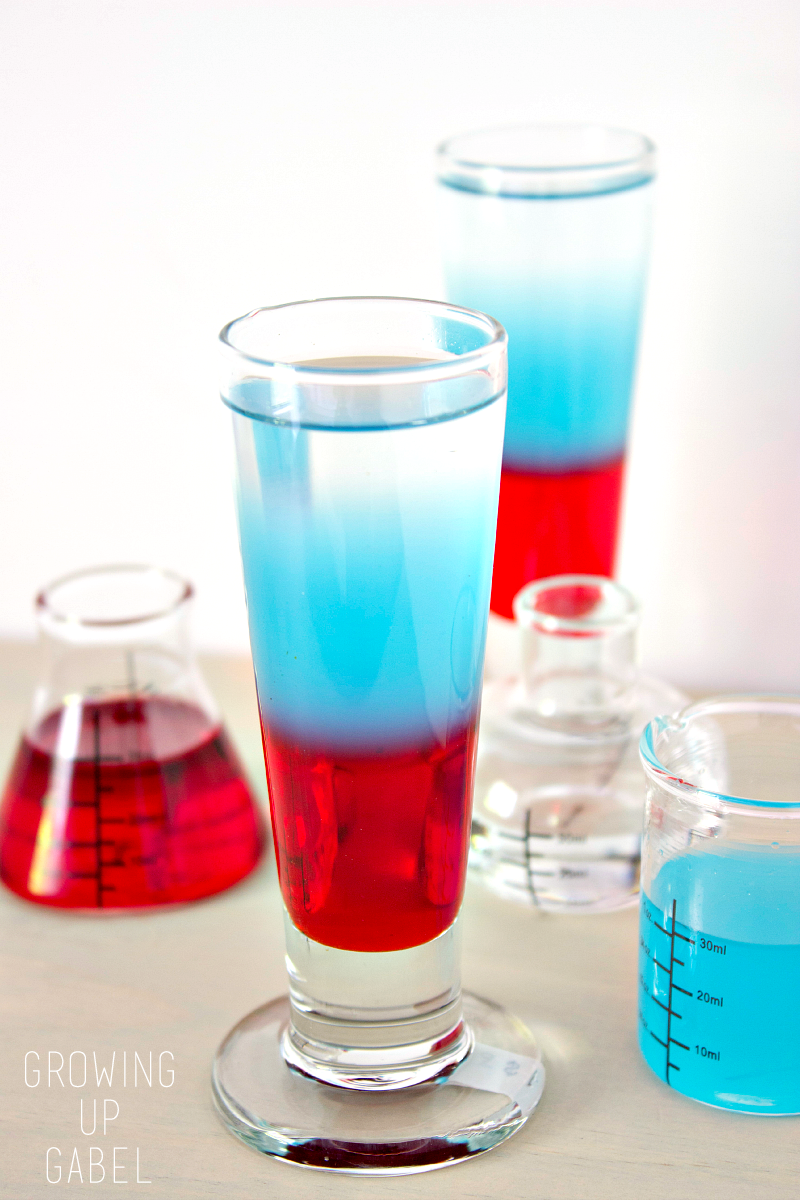 Note that most recipes say to use blue curacao. My local liquor store didn’t have any, so I grabbed something called Kinky Blue. It’s a tropical flavored liqueur and it’s delicious.

However, the density may be different than blue curacao. So if you use blue curacao and your shooter doesn’t turn out right, put the white in the middle and the blue on top.

These took me about 5 minutes each to create. Which makes them a bit of effort. But if you’re having a small get together, it would be worth to make one of these for each guest, just because they’re so cool.

My husband and I made these a few times this weekend, because we thought they were just so fun.

They also taste wonderful! The tropical liqueur mixes so well with the coconut rum. And the grenadine gives it a little sweetness at the end and removes any of that burn you would normally feel. Absolutely delicious!