Kids love to wear party hats and I’ll admit they add a nice touch to a party.  Party hats are easy to make at home with paper, card stock or even felt. Just add a little glue for some personalized homemade party hats. 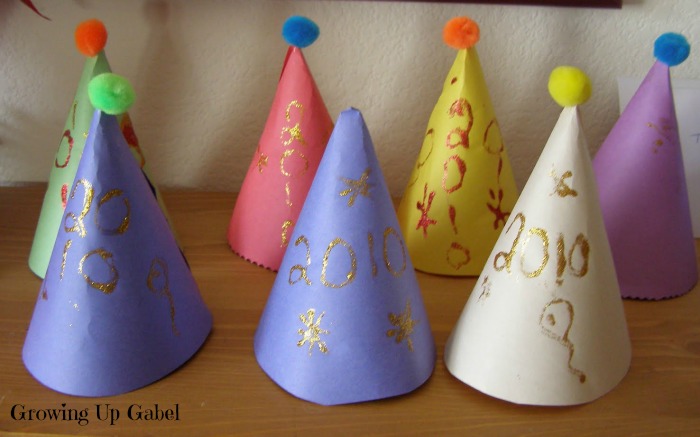 Before I had kids I thought that party hats were a silly waste of money.  I mean, who really likes to wear those things? Well, it turns out that kids love them.   My kids think that party hats are one of the best parts of a party.  So a few years ago the kids and I made homemade party hats for  New Years brunch we were hosting.   We made them out of paper and the were a lot of fun to make with very little mess.  Just some paper, glue and glitter glue and we were all set.

This year I decided to try making the hats out of felt.  I picked up a package of felt sheets on clearance that were the perfect colors and size.  The felt worked great and hopefully they will last a little longer than the paper party hats did. 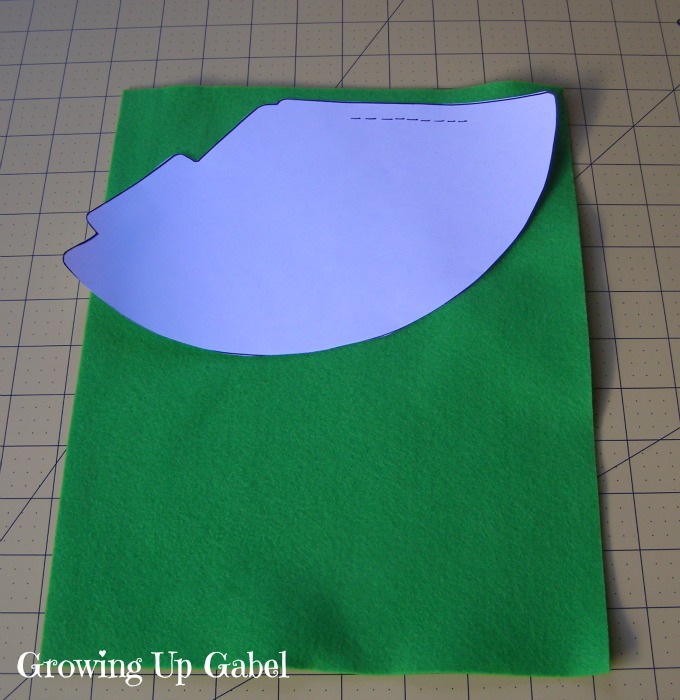 1. Print and cut out party hat template (this one is from Michaels).

2. Trace party hat template on to your choice of paper or felt and cut out. We used construction paper, but any kind would work. And the felt is fun for something different.

3. Use scissors or the new rotary cutter you got for Christmas to cut slit out as marked on the template. 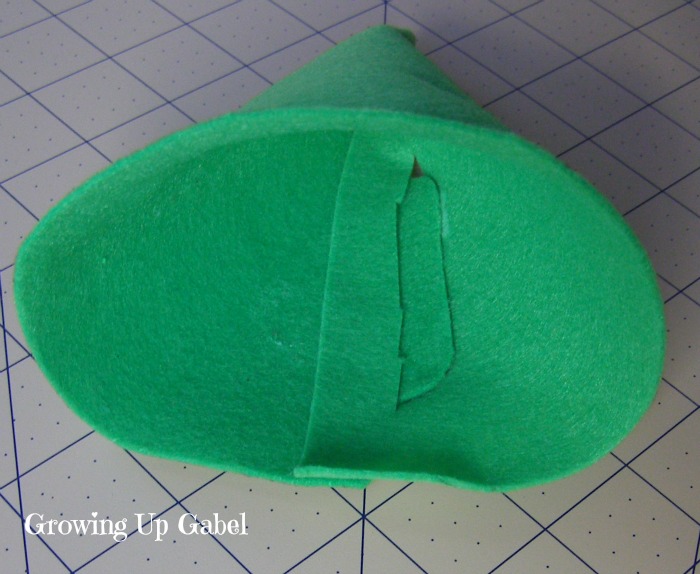 4. Roll hat over and slip lip in to slit. Glue or tape the slit down on the inside of the hat. I found that glue worked better than tape on the paper. I also used tacky glue on the felt and it held up just fine, but you could also sew them. 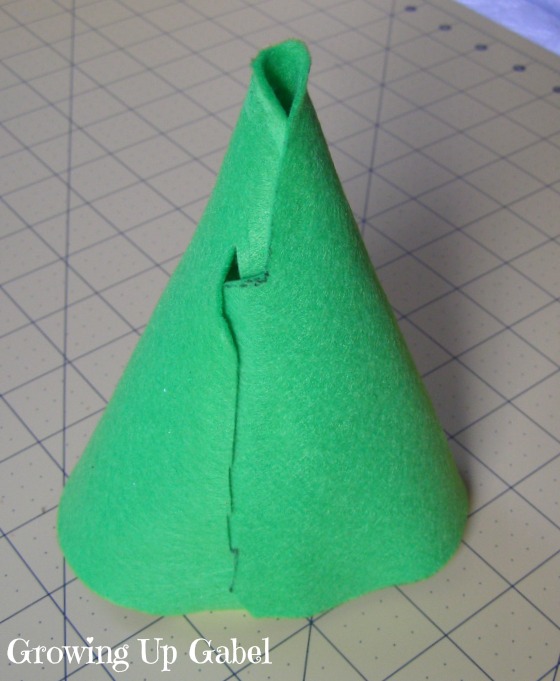 6. Decorate hat and top as desired – we used pom poms on the paper party hats and curling ribbon on the felt party hats. 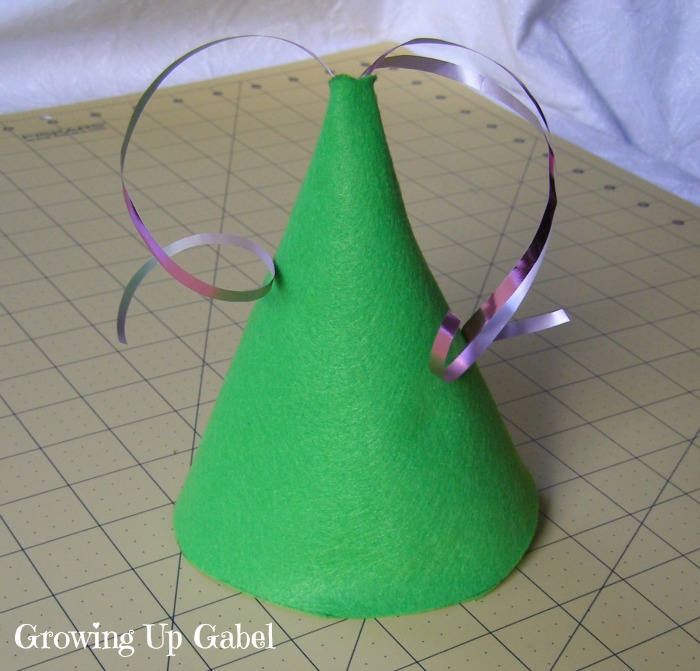 7. Attach yarn or elastic to wear the hats.  I would punch a hole in the paper hats and tie on some string.  For the felt hats, glue didn’t work well (or we were just impatient) so I’m going to sew on some elastic so we can use our party hats over and over.