I am a member of the Collective Bias®  Social Fabric® Community.  This #CMSalutingHeroes shop has been compensated as part of a social shopper amplification for #CollectiveBias and its advertiser.

Clafoutis is an easy to make, simple yet elegant dessert.  Fruit is covered by a flan like batter made with Nestle French Vanilla Coffeemate that is then baked.  Serve the clafoutis with a nice cup of coffee for a special “coffee moment.” 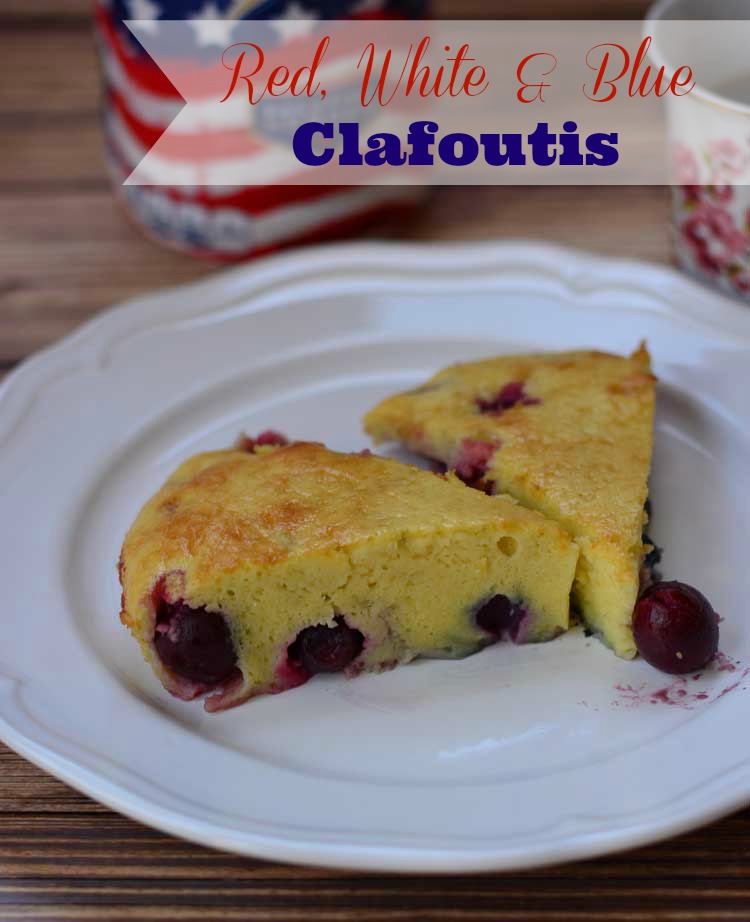 You may not know this, but Las Vegas has a very large military population because the city is home to an air force base.  Although both my father and my husband served in the military, it was before I knew either of them so I didn’t live that part of their lives with them.  Over the past decade we’ve lived in Las Vegas, though, I’ve had the pleasure to become friends with many military families.  To say that military life is tough would be the understatement of the century.  Not only are these families moving about every 3 years, they also endure long absences of loved ones due to deployments. 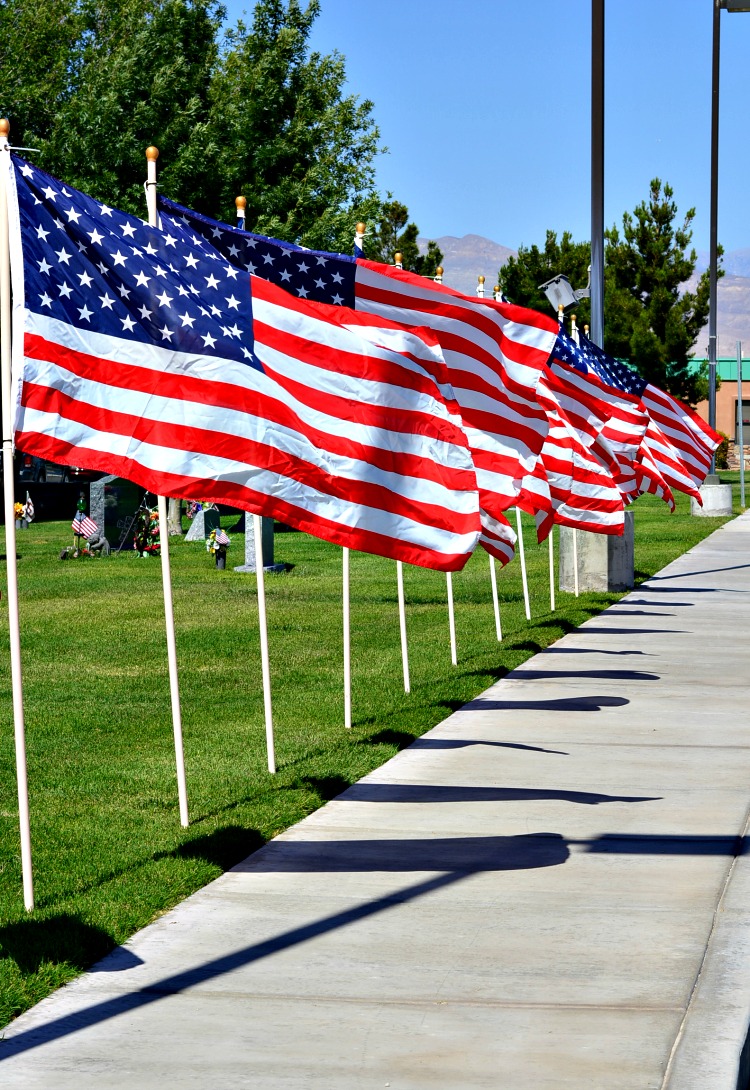 One of my friends is just getting ready to welcome back her husband after a long deployment.  She’s been home with a 1 and a 4 year old alone while also running an in-home daycare!  She’s one tough lady!  She also runs on a constant stream of coffee – or so she says.  We sometimes get the kids together for a little play date and some adult conversation with coffee and a treat. 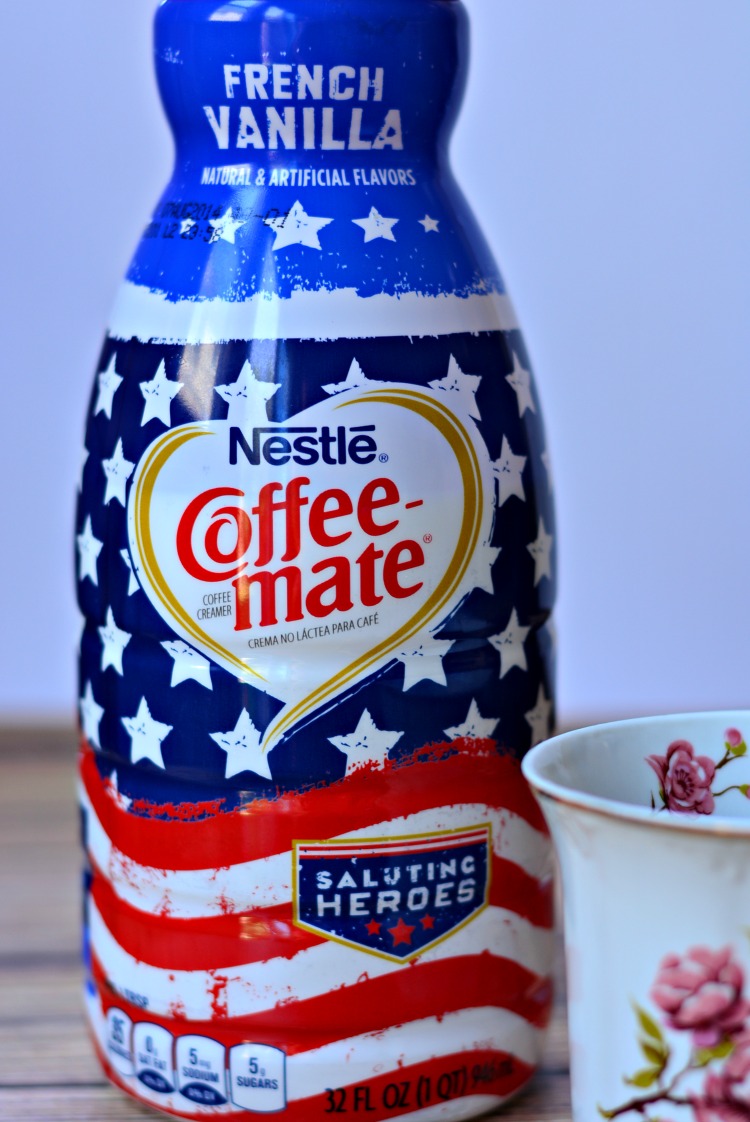 In honor of our military heroes, Nestle Coffee-mate is partnering with Operation Homefront.  Coffee-mate has decorated their French Vanilla & Hazelnut liquid creamer bottles and their Original powder creamer in patriotic stars and stripes to honor and salute our military heroes.  These special bottles will be available at Walmart from Memorial Day until Independence Day while supplies last.  I decided to put the French Vanilla Coffee-mate to use to make a special treat to go along with a great cup of coffee. 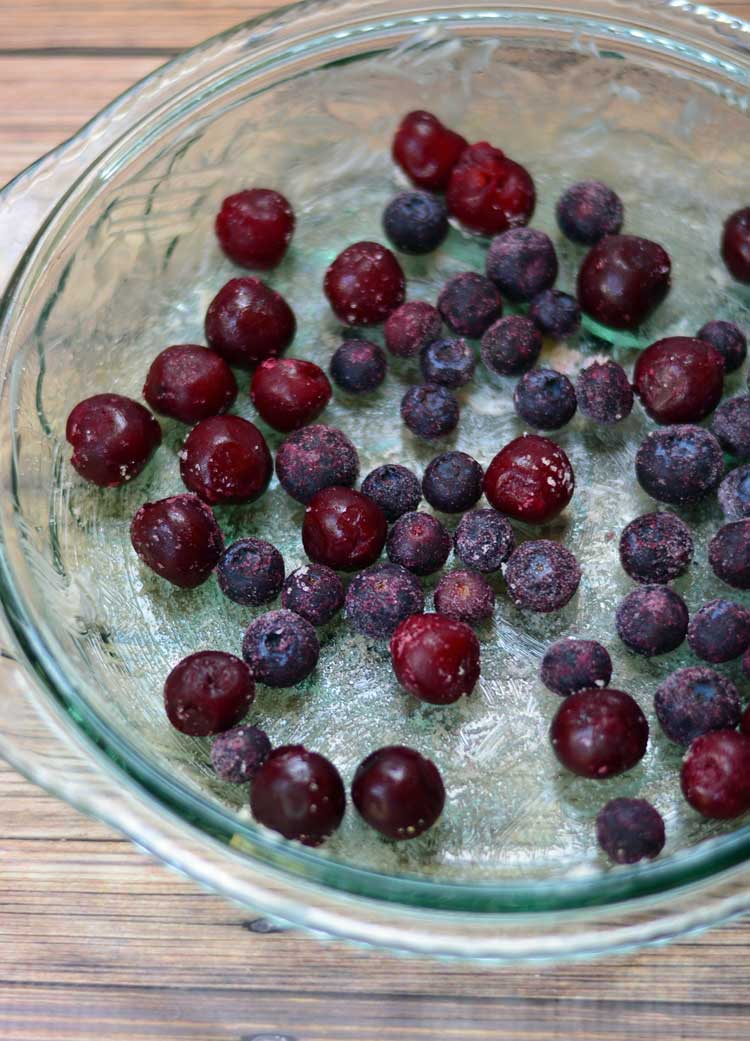 I decided to make a red, white, and blue clafoutis (klah-foo-tee), which reminded me of a coffee cake and would go great with coffee.  Start by buttering an 8 or 9 inch baking dish and sprinkling with sugar.  Clafoutis traditionally has cherries in it but I added blueberries to get my blue in. Spread the berries out on the bottom of the baking dish. 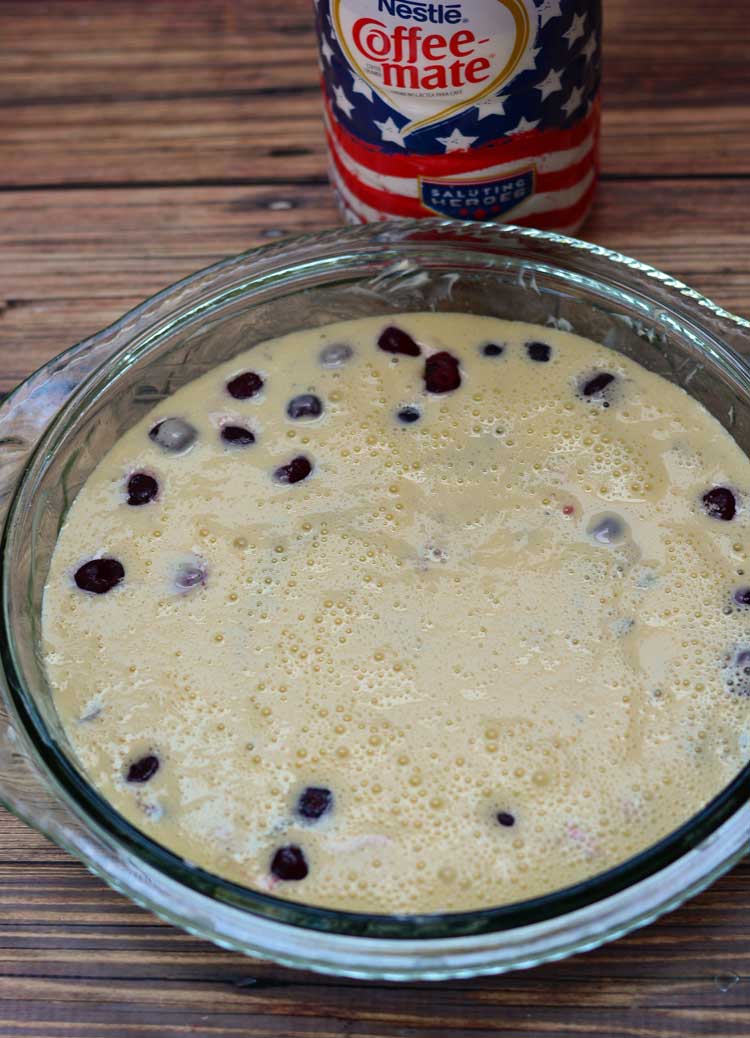 Make the batter in a blender.  Clafoutis is generally made with milk or cream but I used French Vanilla Coffee-mate instead. I was hoping the French Vanilla would pair well with the cherries. Pour the batter right over the berries.   Bake at 375 degrees for about 20 minutes. 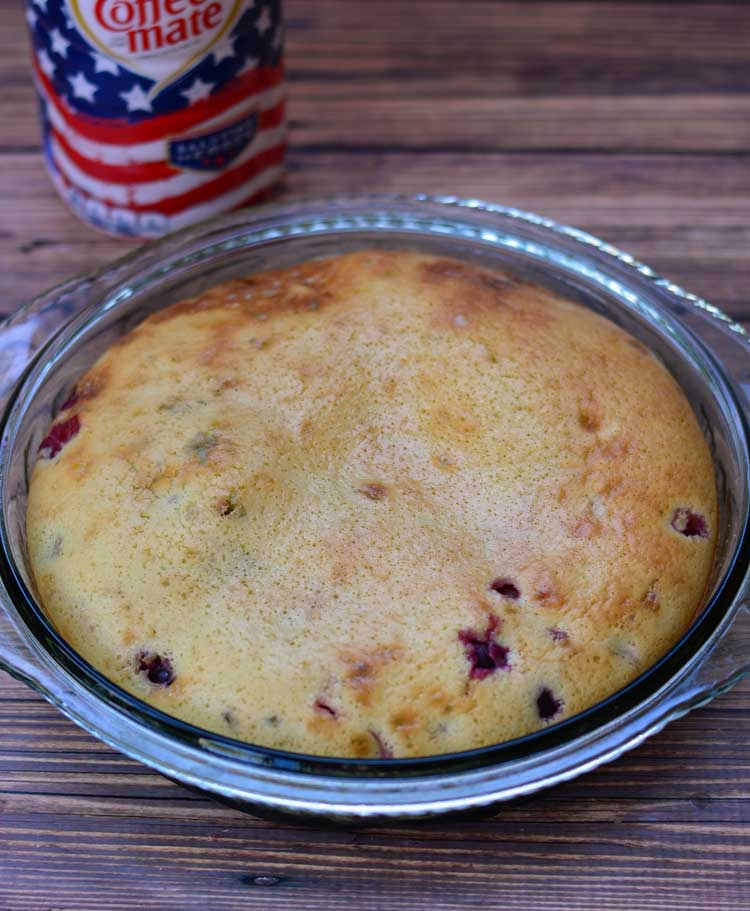 Allow the clafoutis to cool completely then cut and serve with Nestle Coffee-mate in your favorite coffee with your favorite military hero. 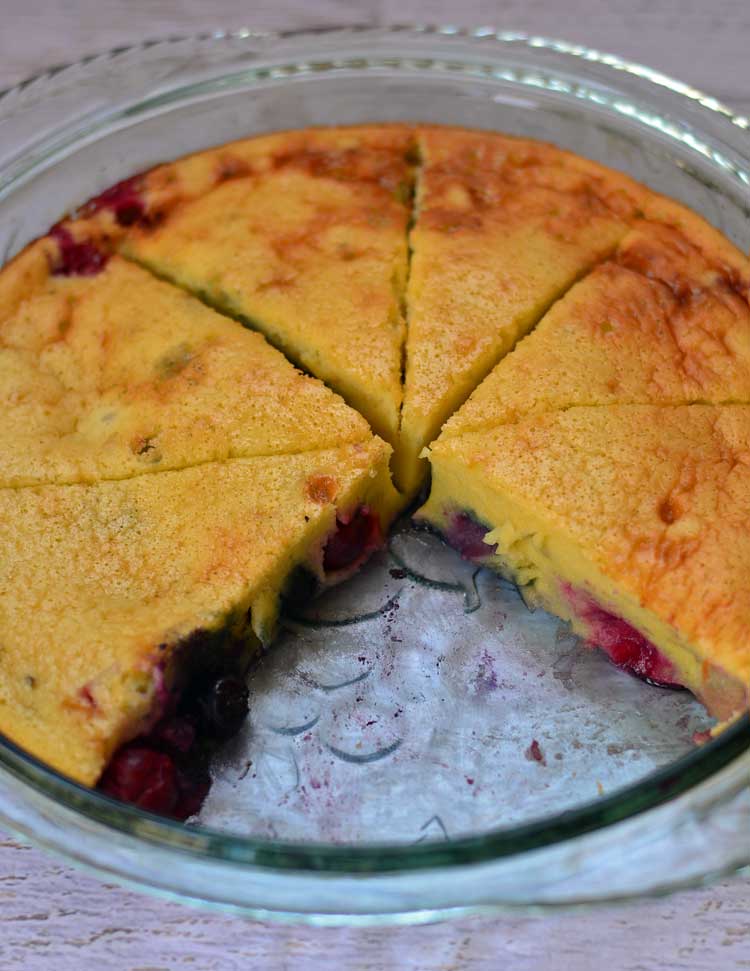