Crock Pot apple cobbler made with apple pie filling, a box of cinnamon muffin mix and a stick of butter. Ready in just a few hours, this easy dessert is like apple pie without all the work. 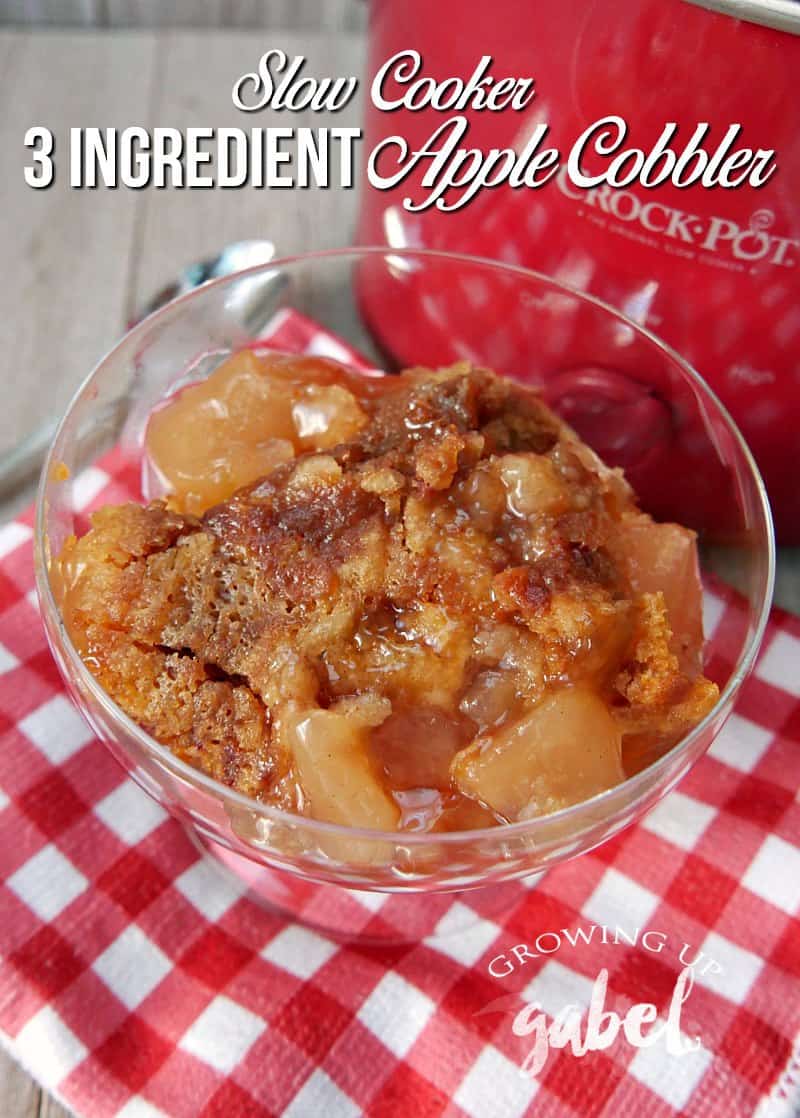 One of our most popular posts is Slow Cooker Peach Cobbler. It’s such an easy and delicious dessert! If you haven’t tried, make sure to Pin It for later.

After the success of that recipe we added Easy 3 Ingredient Crock Pot Blueberry Cobbler Recipe and to our list of slow cooker fruit cobblers made with cake mixes. They are all delicious. But this apple cobbler is by far my favorite. It’s like a crumb topped apple pie without any work at all. Serve it up with a big scoop of vanilla ice cream for an amazing dessert any time of the year. 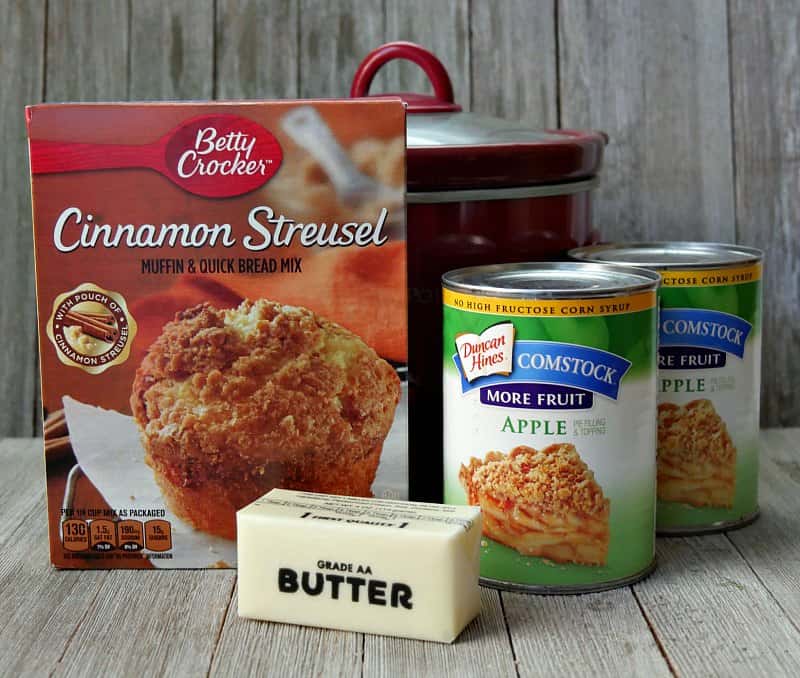 The basic recipe for a slow cooker fruit cobbler is canned fruit or pie filling, a cake or other baked good topping and butter. For the apple cobbler we used a box of cinnamon streusel muffin mix. It was the perfect combination with the apple pie filling. 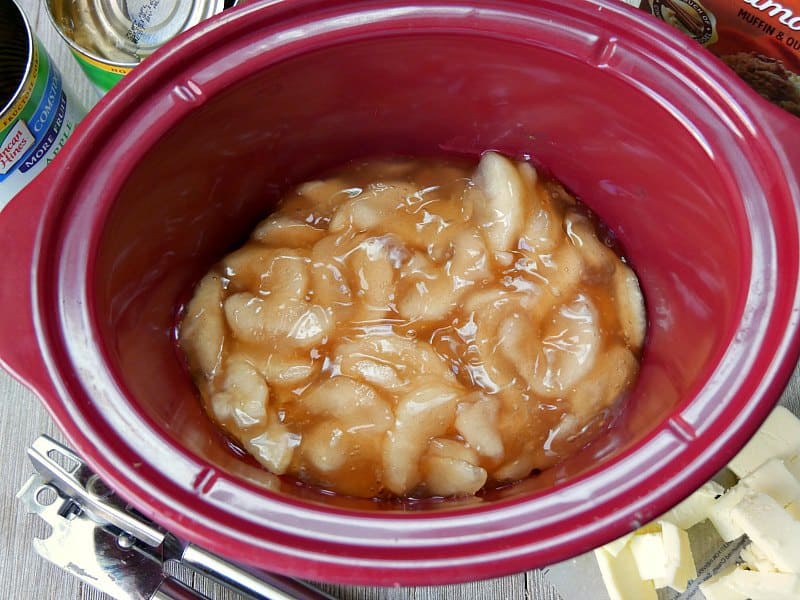 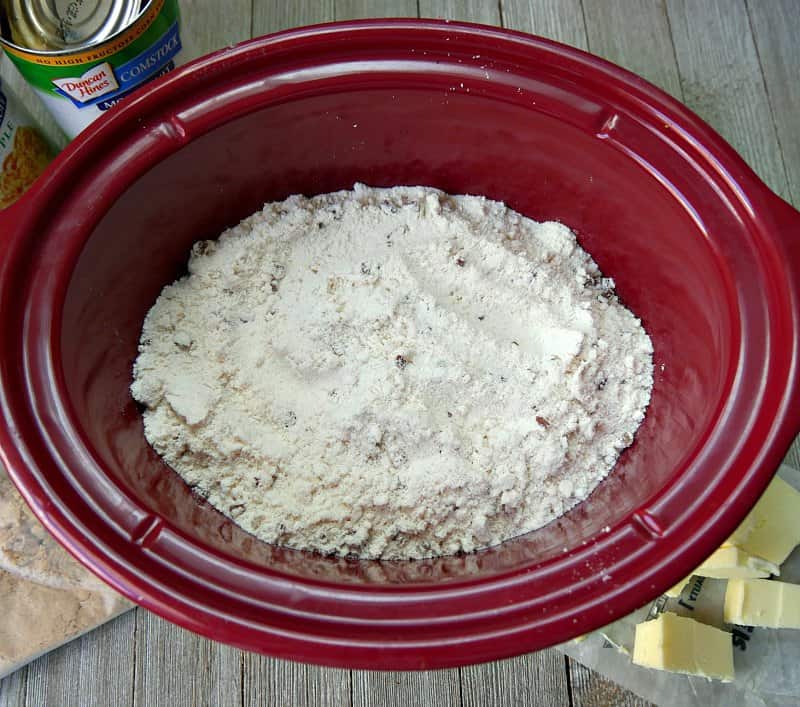 Top the fruit with the muffin mix making sure to evenly spread it over the top. 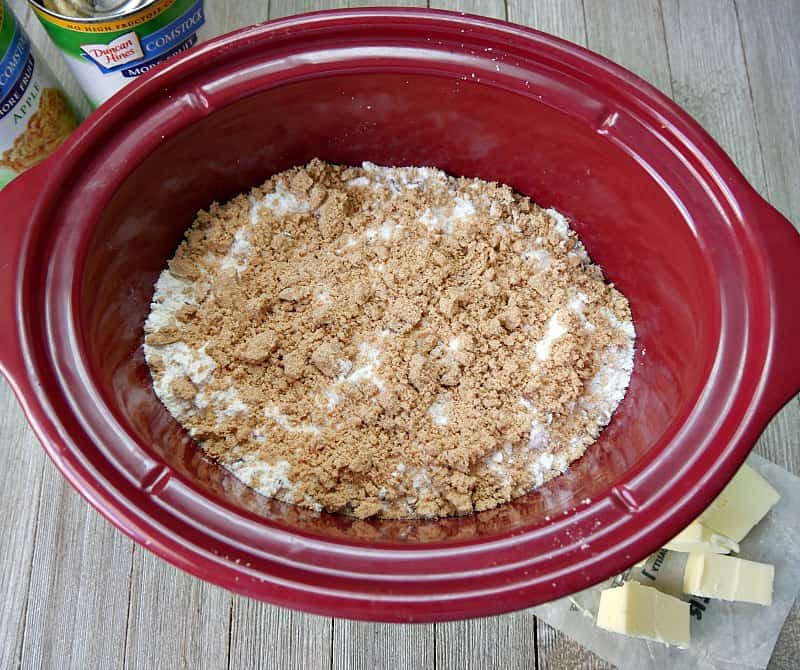 The muffin mix came with a cinnamon streusel topping so we put that on top of the muffin mix. 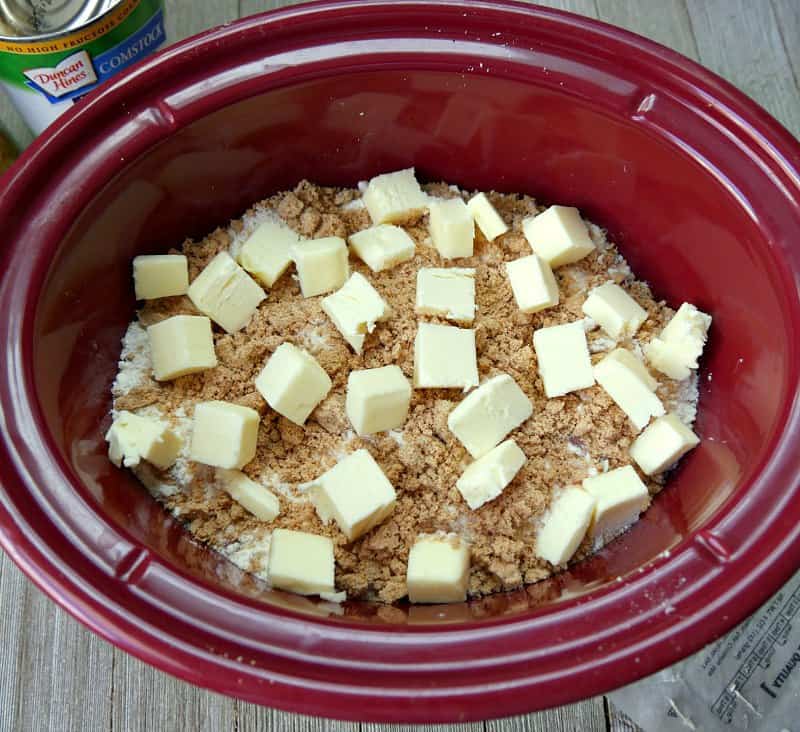 Cut up one stick of butter (or 1/2 a cup) in to small chunks. Evenly distribute those over the top of the cake or muffin mix. 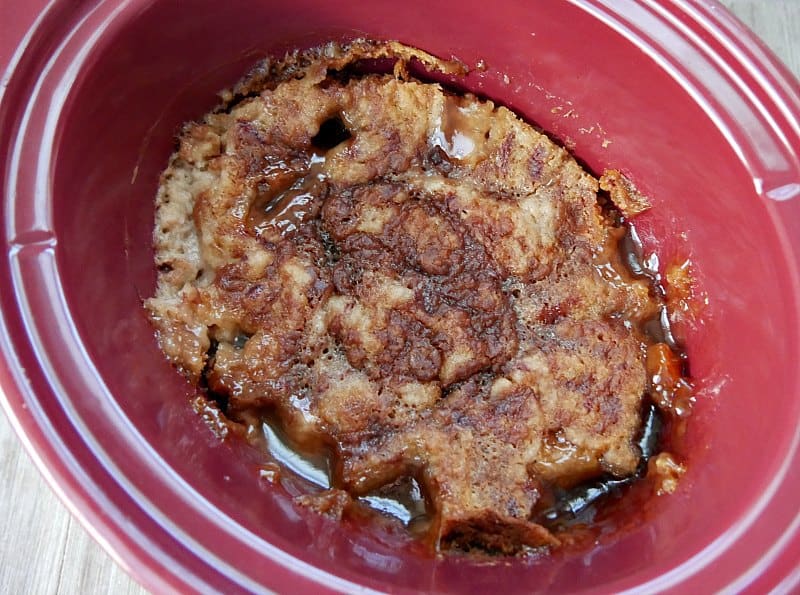 Put the lid on the slow cooker and cook on HIGH for 3-4 hours. This one cooked for 4 hours, which is the longest I’ve cooked one. Generally start checking after 2-2.5 hours for doneness. It’s done once the cake or muffin mix on top is cooked through. 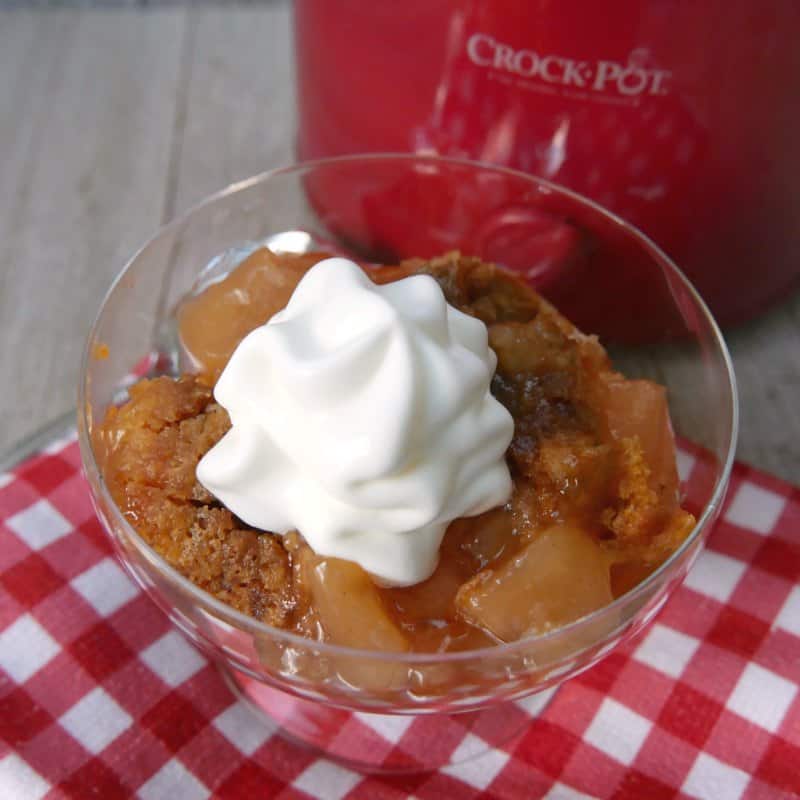 Allow the cobbler to cool before serving. You can still serve it warm, but it’s pretty hot when it just finishes cooking. This one tasted like a fresh crumb apple pie but with so much less work! It definitely would do well with a big scoop of ice cream. We settled for a couple dollops of whipped cream instead.

Dump the cans of apple pie filling in to the crock of a 4 quart slow cooker.

Top the pie filling with the muffin or cake mix.

Cut the butter in to small pieces and evenly distribute on top of the muffin mix.

Cover and cook on HIGH for 2-4 hours. The cobbler is done when the cake mix is baked through.

Allow to cool before serving.