Triple Watermelon Martinis are a refreshing summer cocktail with a light, simple flavor made with three different watermelon flavors. 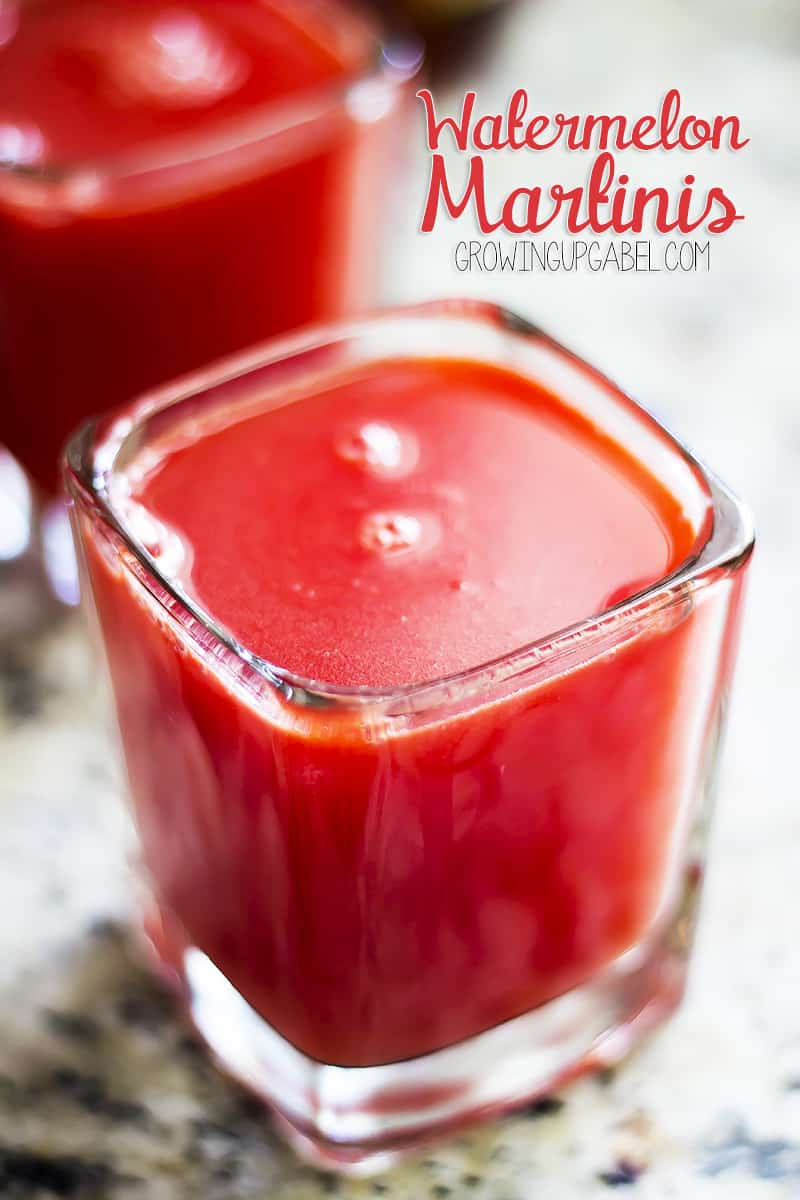 A few nights ago, I was watching the final season of Parks and Recreations and one of the characters mentioned that watermelon martinis are one of his happy thoughts.

I have never had, nor heard of, a watermelon martinis. But I was intrigued.

I’m one of those weird people who isn’t too interested in eating actual watermelon, but I love watermelon-flavored things. So the idea of anything that possibly involved watermelon schnapps (I was determined that it would) was a pretty good one to me.

Zach was less thrilled when I mentioned it involved watermelon vodka. He had a…negative experience with that in college. But we marched on. Fortunately, the schnapps and vodka didn’t give it such a harsh taste. All we could really taste was the watermelon juice with a hint of alcohol (if you want more alcohol, feel free :P).

The hardest ingredient to procure was the watermelon juice. Getting the precut watermelon is kind of expensive, so I opted for an actual watermelon that I then cut it, pureed it, and strained it.

But wow, so worth it. Plus it wasn’t that difficult. My food processor did most of the work. 😛 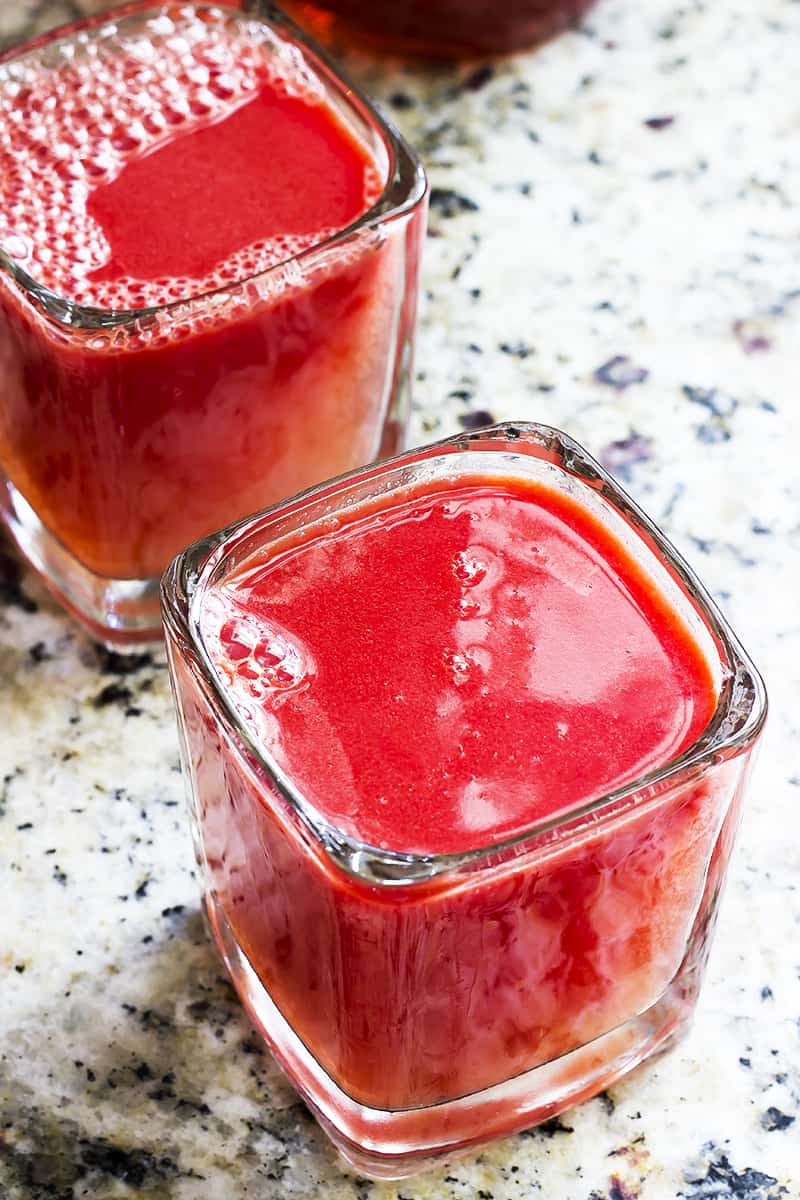 For this you will need:

The biggest part, as I said, is cutting and pureeing your watermelon. It doesn’t have to be little chunks, just remove the rind and make the watermelon pieces whatever size your food processor or blender can handle. Toss them in and pulse until it’s completely pureed. 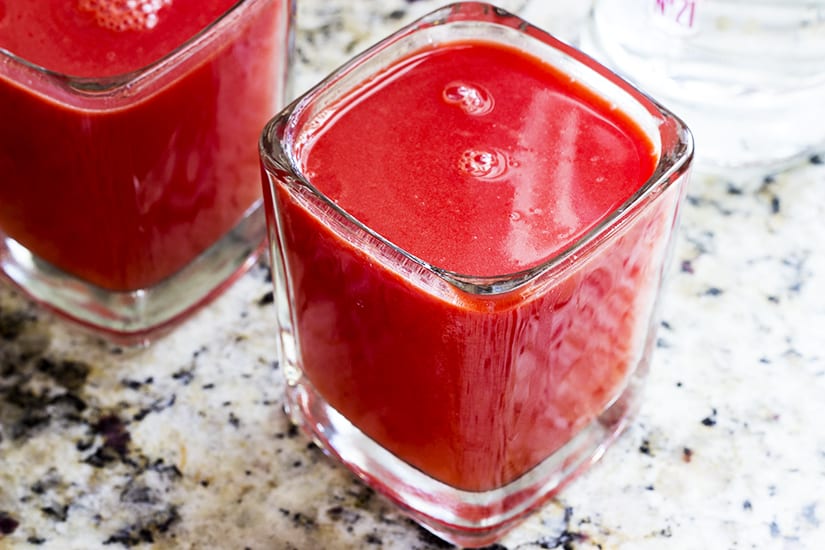 Now you have the choice to use this juice as is. My husband really wanted it that way, but I don’t like grimy beverages. So I took my Nut Milk Bag (you can use cheesecloth) and strained the juice. Very easy.

From there, you just mix all the ingredients into a martini shaker with some ice, shake until moisture appears on the outside of the shaker, then pour into glasses.

If you want, you can add sugar or honey (before the mixing process). I thought this was just sweet enough. It tasted like juice, so be careful about accidentally drinking too much. I’m very excited to have them again before summer comes to an end, though.