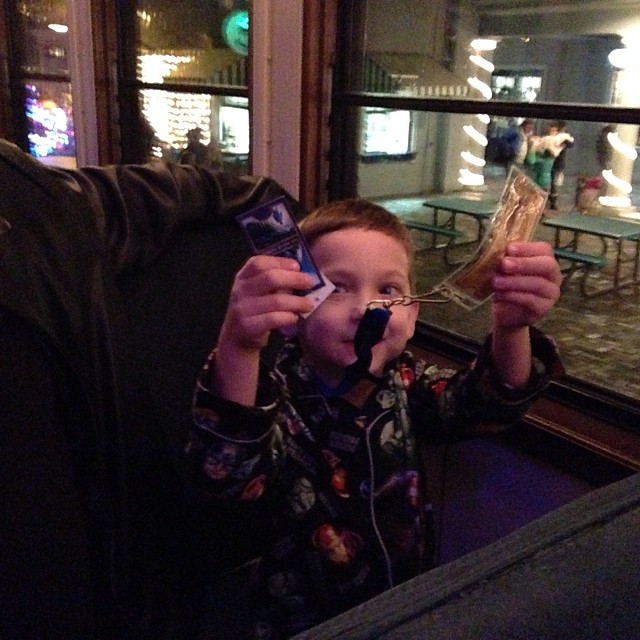 Plan Early: Most Polar Express Trains sell out months in advance. We bought our tickets in early September. You will also need to decide if you want to go at night or during the day. We chose to go at night so that the North Pole village would be lit up. However, there was nothing else to see because it was so dark.

Go Early in the Season:  We went on our adventure to the North Pole the Saturday after Thanksgiving. I thought it would be a fun way to kick off the holiday season.  Plus, I knew the train wouldn’t be quite as busy so early in the season.  The train was still sold out but because they were only running a few times each night, the train depot wasn’t quite so busy.  We also were able to enjoy the local Santa parade, which was happening that weekend. It was a nice bonus to our weekend trip. 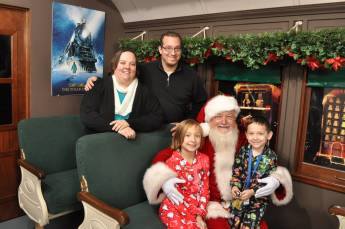 Take Photos with Santa Before or After: I started a tradition of having a family photo taken with Santa when my son was little and scared of Santa. So we just all got in the picture. I loved it so much that we do it every year.  Santa didn’t take photos on the train because he had to move pretty quickly, but there was a Santa inside taking photos. This is my favorite Santa photo yet.  We almost missed it, though, because I didn’t realize he was there and the line was long. So plan to arrive early or stay after your ride for photos (at an extra cost, of course!).

Bring Along A Copy of the Book: On our way to visit the North Pole, the train staff read The Polar Express. I wish we had brought along our copy so we could follow along and look at the pictures. 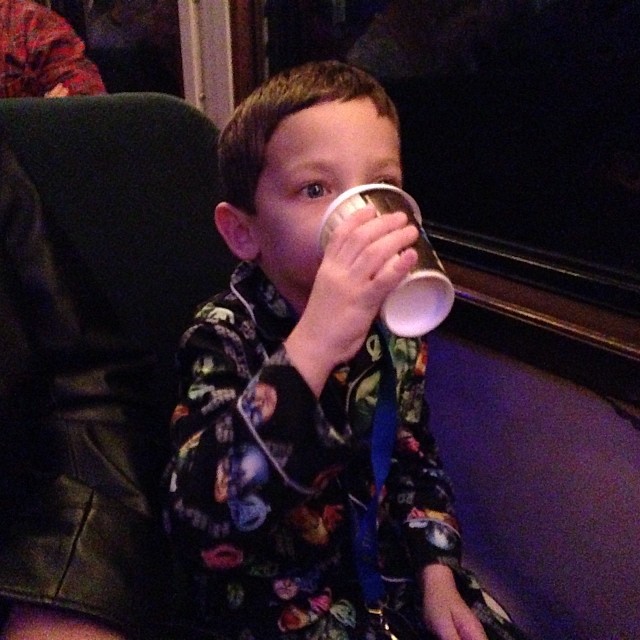 Wear Pajamas: Our trip was a complete surprise to the kids. We just told them we were going to Arizona for the weekend. I purchased brand new Christmas pajamas and presented them to the kids at the hotel. They were a little confused as to why I wanted them to put on the PJs for dinner! They still refer to these PJs as their Polar Express Pajamas.

Eat Before the Train: Most Polar Express train rides serve cookies and hot chocolate.  Make sure to eat before you get on the train if it’s near a meal.  There is a restaurant right in the train depot at the Polar Express in Williams, Arizona. I wish I’d known that before we ate in town.