Slow Cooker French toast is an easy way to have a delicious breakfast ready to go on a busy morning! 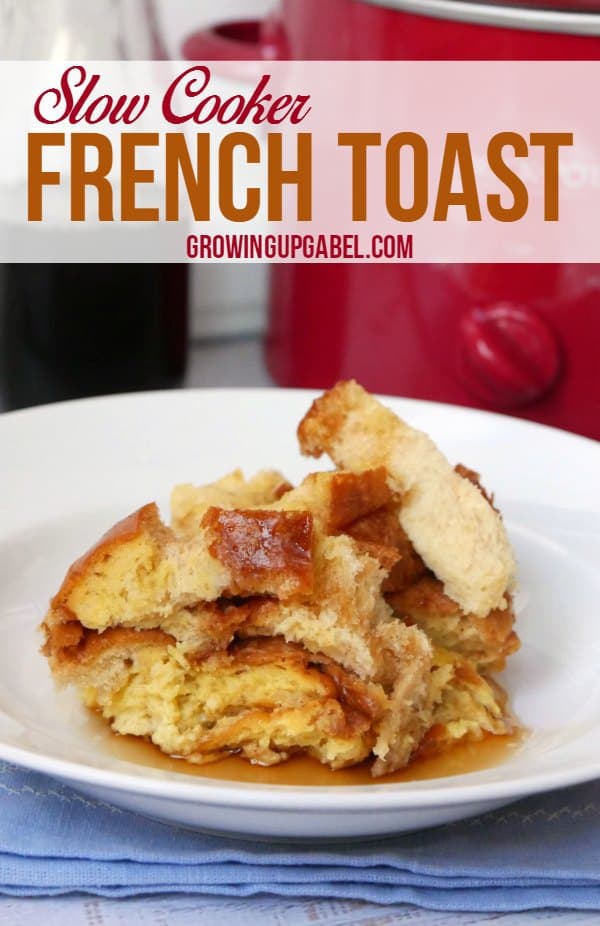 So what do you do? You don’t want to cook the recipe for 4 hours from 11 PM until 3 AM and then leave it on warm until 7 AM. I’m not sure that’s safe.

The trick is to use a light timer.  Set the timer to turn on at 3 AM and at 7 AM, breakfast is ready!

Seriously, that’s one of the coolest kitchen tricks I know! 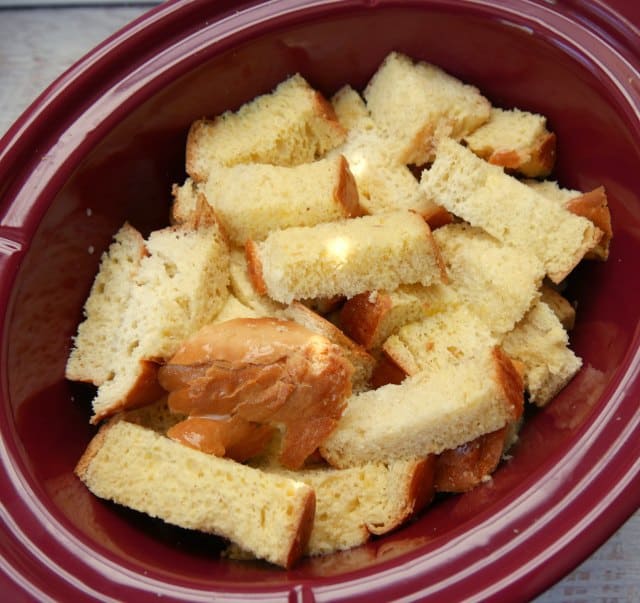 Making French toast in the slow cooker really couldn’t be any easier.  The only difference is that the bread isn’t slices.

I used an old Challah round bread but any good sturdy bread will work. Challah’s are a little sweeter so that’s why I like them for French toast.   I bet cinnamon bread would be delicious, too! 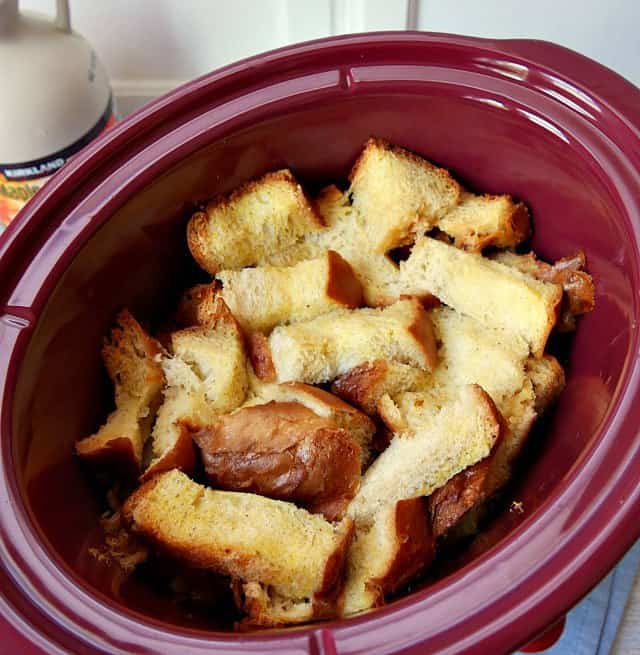 Pour a mixture of eggs, milk, cinnamon and vanilla over the bread and let it cook for about 4 hours on low.

You can use more bread and more egg mixture to make a large slow cooker full for a house full of guests or make less for a busy school morning. 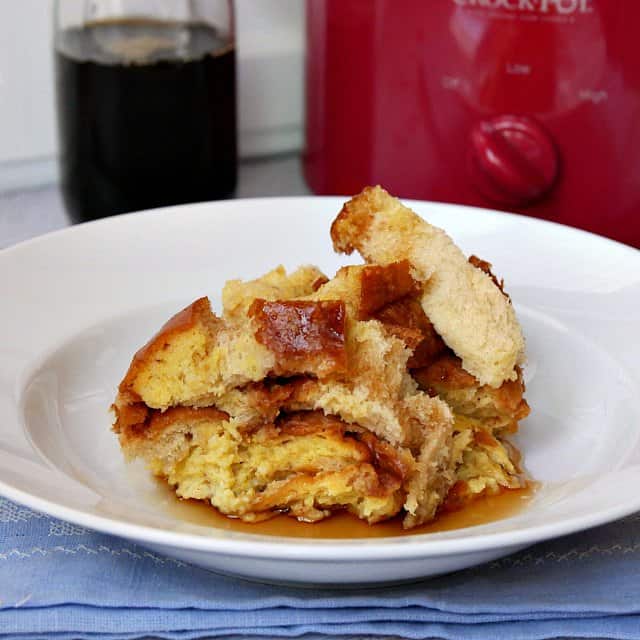 Check out all the recipes in the 30 Day Slow Cooking Challenge!