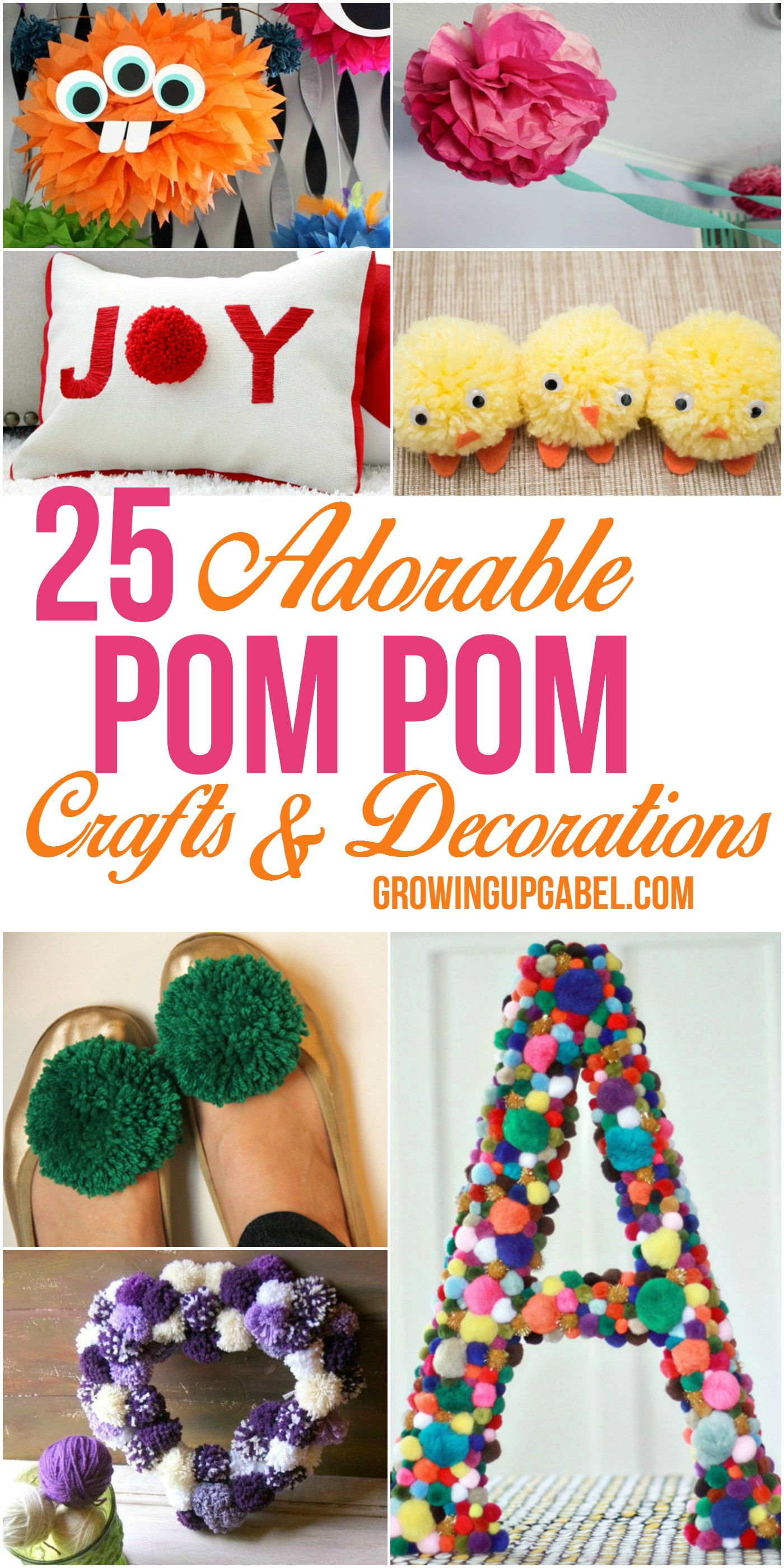 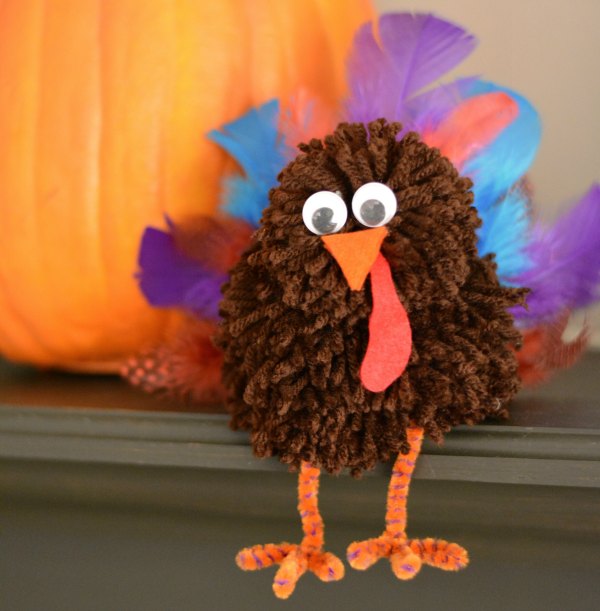 4 Simple Ways to Make Yarn Pom Poms –  Yarn pom poms are fun and versatile. There are several ways to make them, but my favorite is a pom pom maker.

Pom Pom Sheep Garland –  Yarn pom poms made into sheep and then strung together. 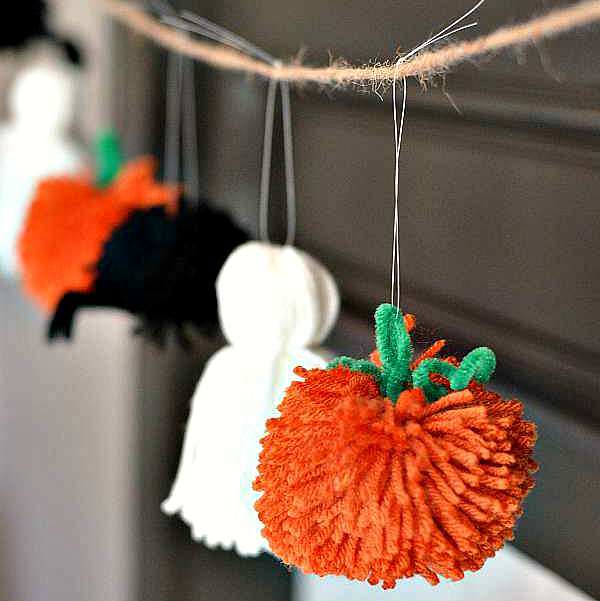 Pom Pom Purse – A very one of a kind purse, for sure.

DIY Fringe Mylar Pom Poms –  These would be fun as decorations or for your favorite cheerleader.

DIY Ombre Pom Poms – Paper pom poms that would be beautiful hung from the ceiling.

How to Make Tissue Paper Pom Poms – I’ve made these with my daughter. They are fun and easy.

Easy DIY Pom Pom Garland – As simple as it gets for a pom pom craft.

Pom Pom Napkin Rings –  Who knew napkin rings so could be so adorable!

Pom Pom Pen Tutorial – Pom poms made with fabric look shabby chic! I need one for my purse.