Take a tour of the best Nevada ghost towns safe to visit with your family. From southern Nevada to northern Nevada, these ghost towns are full of history. 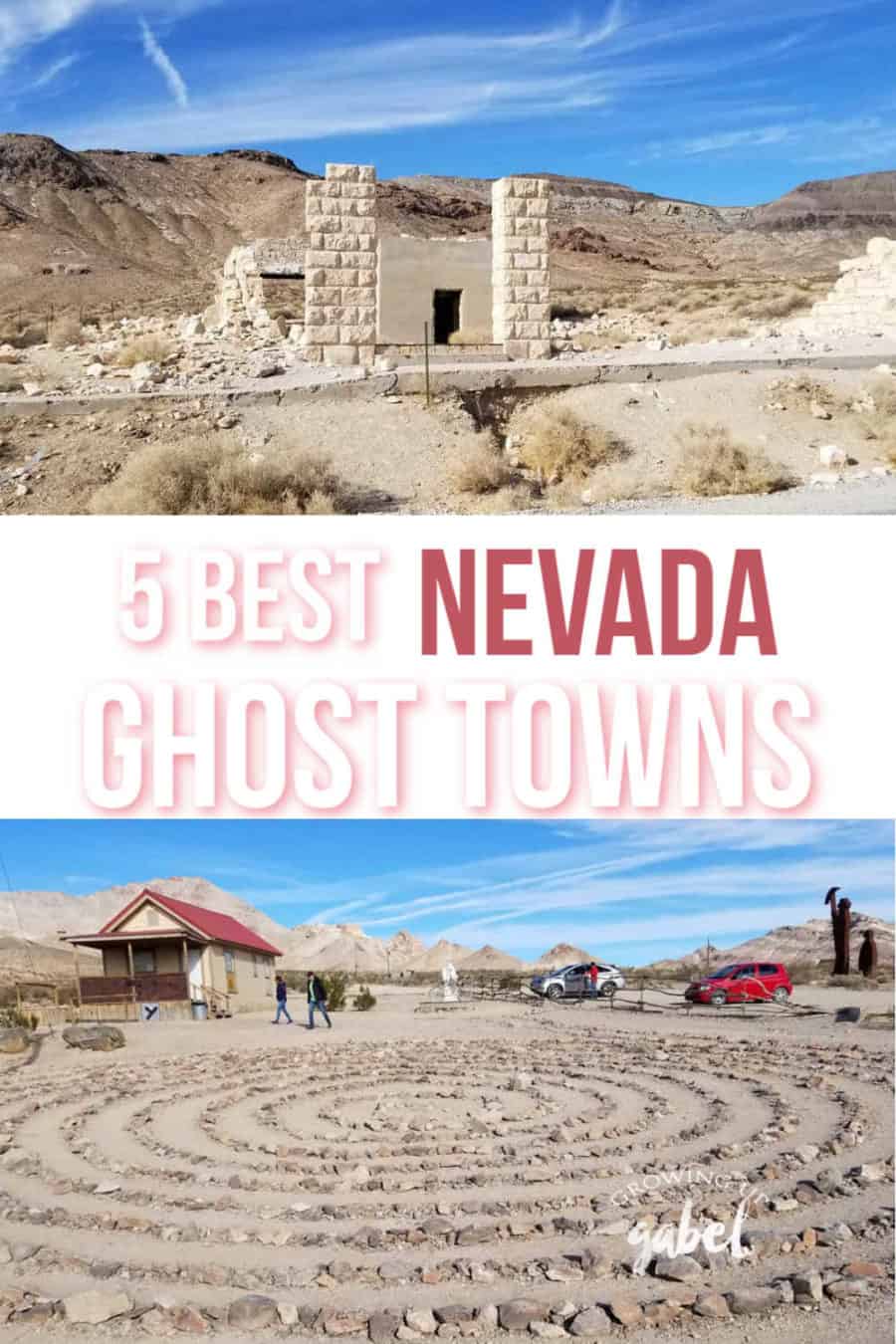 A family vacation in Las Vegas does not have to be focused on the Strip. There are many things to do in Las Vegas, and Nevada, that have nothing to do with the Strip. In fact Nevada is full of ghost towns, several of which that are within a few hours driving distance from Las Vegas. With dozens of abandoned mining and western towns – ghost towns – Nevadans can enjoy seeking out a taste of eeriness along with a slice of history.

Each ghost town has a story to tell; usually one of prosperity done in by greed or a dried up mine. People moved on. Some faded away. But, the towns remained, only to succumb to nature and changing times, themselves. But, remnants remain, scattered across the state, waiting for someone to stop by and check out their history.

Some of these ghost towns are quite the drive from Las Vegas. Keep the kids busy with a fun car game for kids. 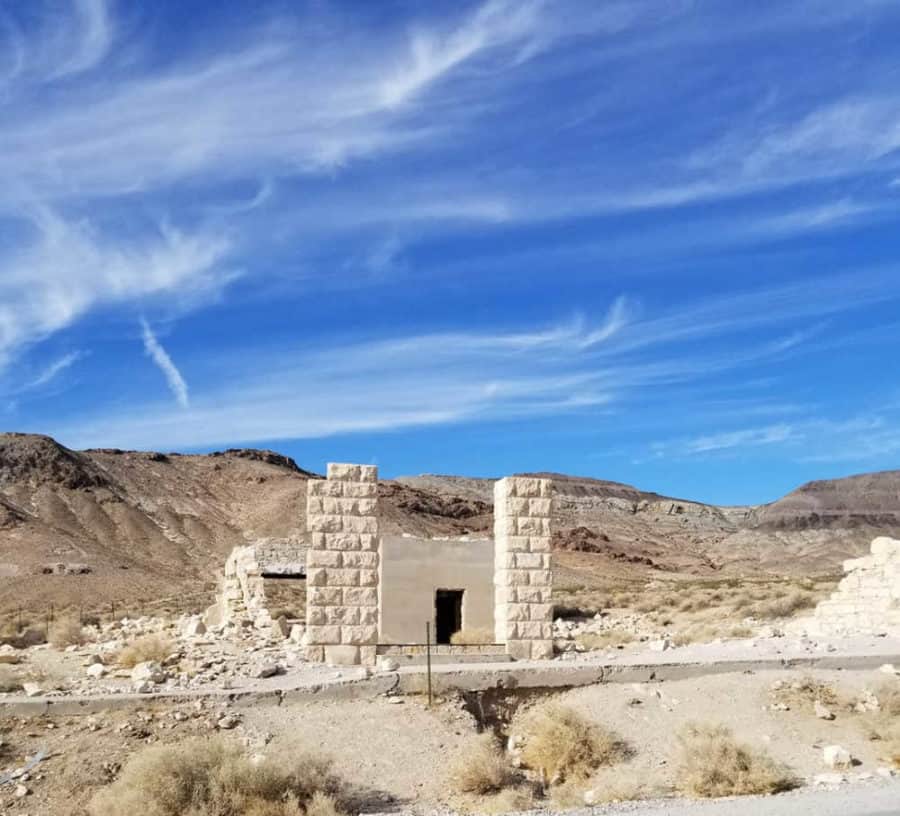 Rhyolite Ghost Town (Southern Nevada)
About two hours northwest of Las Vegas, near California’s Death Valley, Rhyolite was a booming town during the gold rush days of the early 1900s. Mines dried up. The economy started to tank, and people quickly abandoned Rhyolite, eventually leaving it to sit and rot. 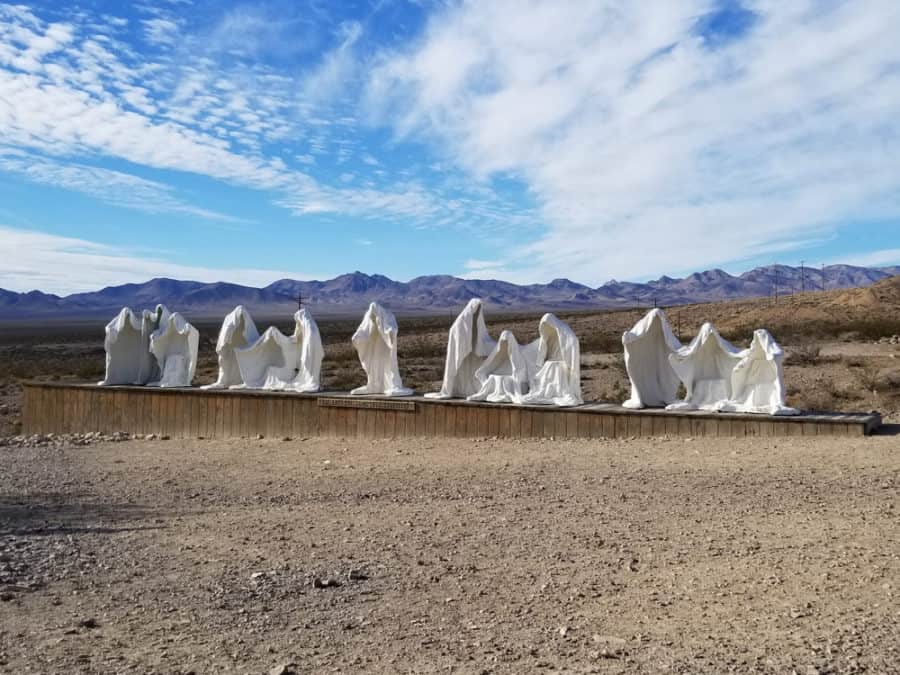 Today, with a mix of building remnants and fully standing structures, Rhyolite is a ghost town that needs to be visited. The location attracted a team of Belgian artists to create an outdoor sculpture park consisting of an eclectic display of statues, ranging from eerie to humorous. The Open Air Museum, 24 hours a day, adds to the ghostly feel of a visit to Rhyolite. 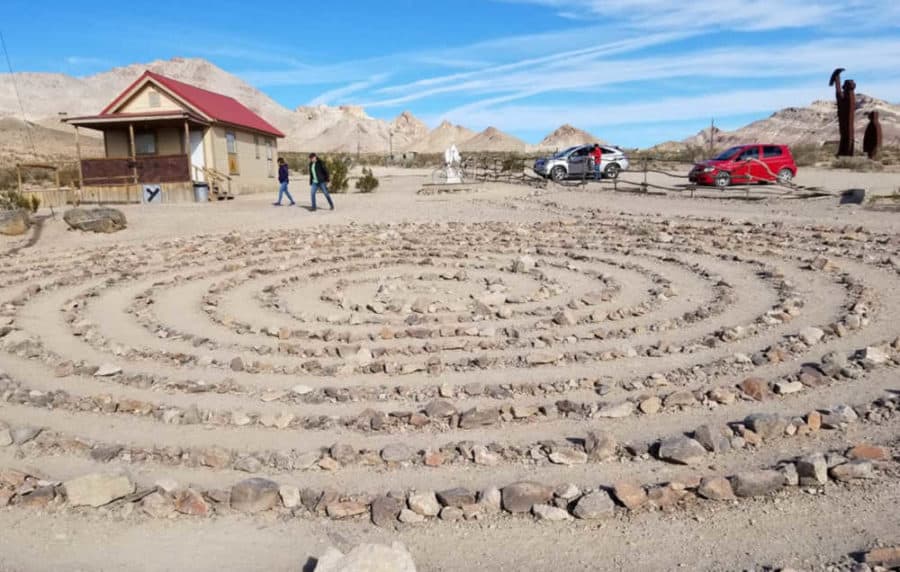 Fish Valley Lake Ghost Town (Southern Nevada)
Remains of the 1881 post office highlight a visit to Fish Valley Lake near the California border, about four hours northwest of Las Vegas. What began as a mining town in the mid-1800s, with borax from the lake as the primary mineral, ended, as nearly all mining towns do, when the lake’s supply dried up. Seemingly as quickly as it was built, Fish Valley Lake disappeared. Today only the remains of the post office and a historical marker recognizing W.O. Harrell, a cattleman are left.

Fish Valley Lake is also home to a natural hot spring. So make sure to plan to visit that while you’re there.

Belmont Ghost Town (Southern Nevada)
Once a thriving mining city, Belmont’s population reached the low thousands before the silver in the mines dried up and people moved on to the next best thing. Belmont served as the county seat for Nye County. But, as its economy tanked, the county seat was moved to Tonopah, about 46 miles to the south.

Belmont’s reputation as a ghost town is positive. Some buildings are still intact, such as the former courthouse, mill and saloon. Ruins can be seen scattered around where the town once stood.  Belmont provides the setting for an interesting and spooky visit.

Metropolis Ghost Town (Northern Nevada)
Superman never lived in this Metropolis, but the northeastern community thrived early in the 20th century. Built in 1910, the town saw a surge in population as members of the Church of Latter Day Saints church (Mormon) settled here. A dam was built for irrigation needs, but that later became an issue when the town’s founder failed to obtain water rights for the creek. Farmers downstream sued Metropolis for its water rights. So, as water became sparse, farmers in the area tried to dry farm.

With mild success, they suffered defeat after a jackrabbit assault destroyed their crops. Later crickets did the same. The town closed shop and people moved on. Now, visitors to Metropolis can walk down the grounds with an uncanny feeling as they visit the town’s remains such as the arch to the school and the hotel’s remains. Metropolis truly became a ghost town.

Midas Ghost Town (Northern Nevada)
With a name like Midas, you’d think the town would have been a major boom town. But it never happened. Even with a gold rush in the early 1900s, Midas, located in northern Nevada, never grew past a few hundred people. While still a town today with a very small population, Midas is considered a ghost town. Faded print from a sign promoting the effects of sarsaparilla is located on the side of a building. A walk through the ghost town provides an uncanny feeling when you think of how the town once was and what it turned into.

Nevada’s ghost towns provide a true and supernatural feel when visiting them. To know they were once thriving communities with businesses, homes, school, and people going about their daily tasks, and then become shells of themselves is sad. But, the remains of the ghost towns provide Nevadans an interesting look into the state’s history.