This strawberry lemonade bourbon cocktail recipe is incredibly easy. Made with only two ingredients. A refreshing cocktail for summer. 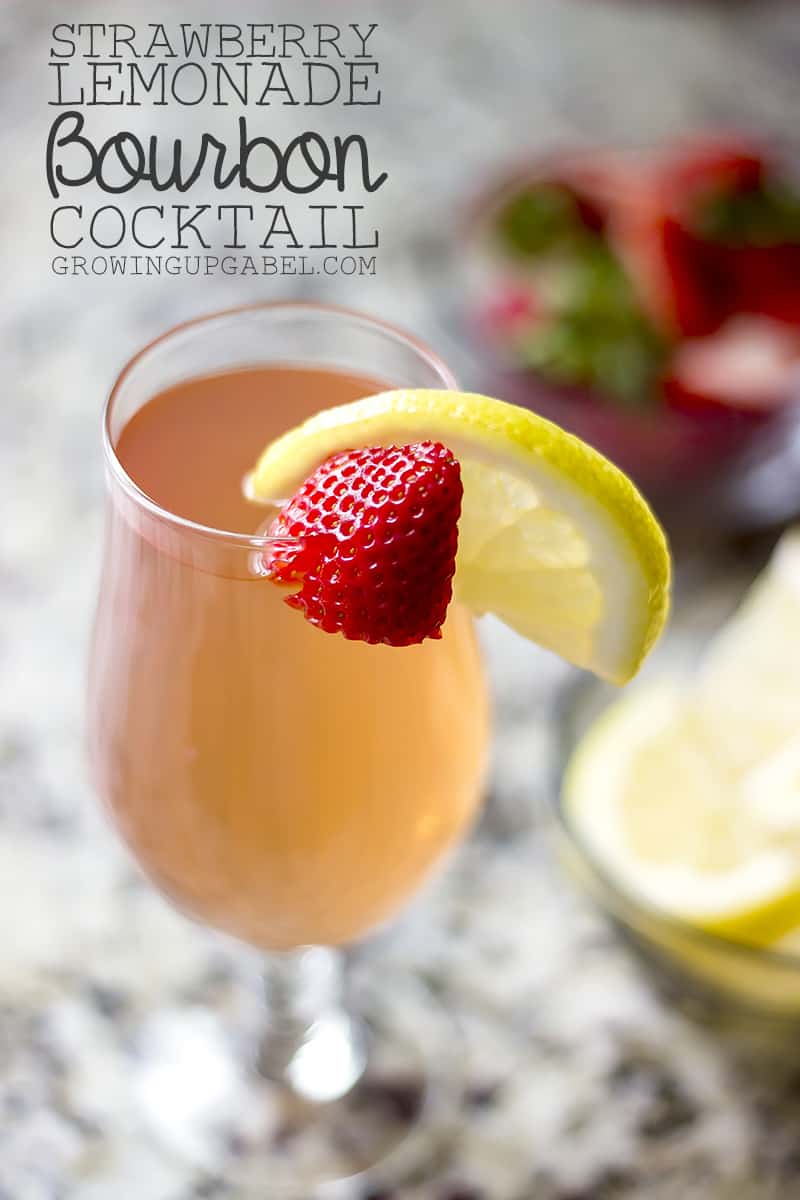 The best cocktail recipes I’ve come up with so far have been really easy. (I think I just like easy. So much that I usually just drink my liquor straight. Ah well.)

This is probably the easiest. No prep work, unless you really want to do it. I just grabbed a bottle of Old Orchard Strawberry Lemonade (found in the juice aisle at Kroger) and a bottle of honey bourbon. Mix them together. Done!

If you want, you can make your own lemonade. I didn’t feel like doing that (super lazy).

If you need a recipe, though, Camille has one for strawberry limeade (just switch the lime juice for lemon). Don’t want to go to the effort of adding strawberries? Use regular lemonade. 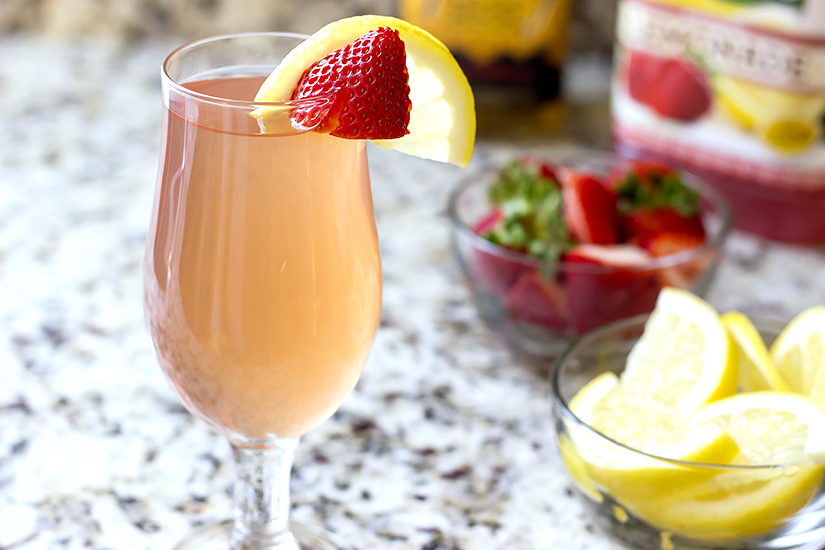 I’m not sure what exactly to say about these, except that I had far too many last night. 😛

They are incredible, though. 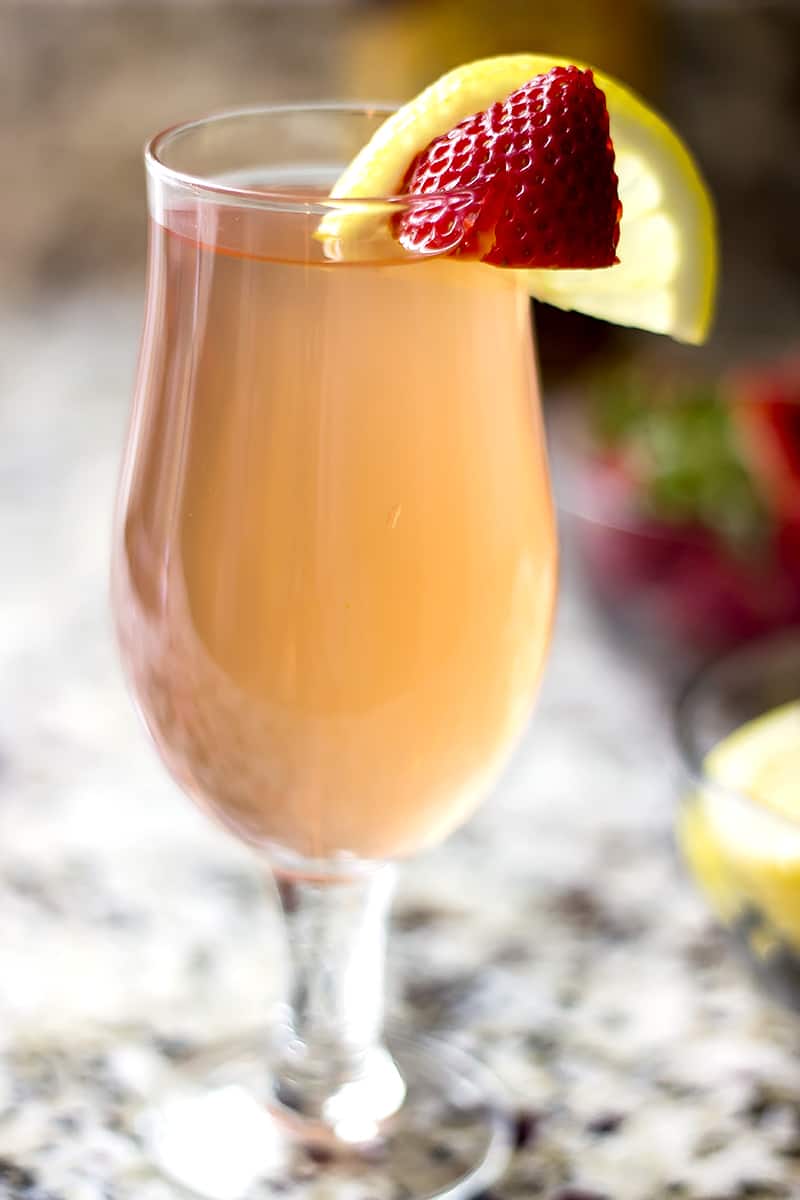 For the bourbon, I used Jim Beam. I prefer Evan Williams, but the liquor store I stopped at didn’t have it in that brand. Use whatever you want, though. You could even try other flavored bourbons (peach, for instance).

If you can find Pennington’s Strawberry Rye, I would HIGHLY recommend it. It doesn’t have the same taste as bourbon, but it’s absolutely delicious. I’ve been looking for it everywhere, but can’t find it.

Speaking of Pennington’s, I do need to get my hands on a bottle. I’ve been dying to use it in a cake (see my Butter Pecan Bourbon Cake with a Kentucky Bourbon Glaze and Irish Car Bomb Cupcakes as examples of how amazing baking with liquor can be).

Anyway, if you need something simple for yourself or for guests, this strawberry lemonade bourbon cocktail recipe is it. With only two ingredients, you really can’t ask for an easier cocktail recipe. 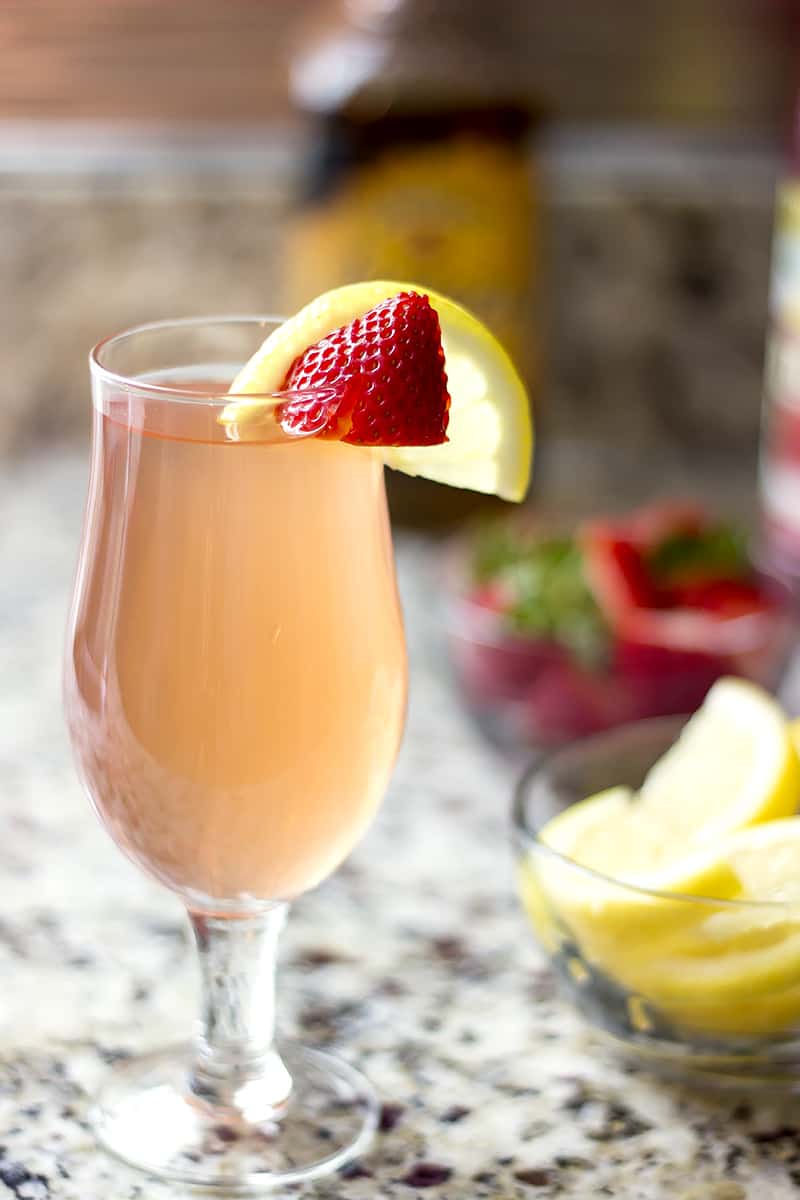 The recipe calls for 4 ounces of bourbon, which sounds like a lot when it also only calls for 6 ounces of lemonade. I didn’t find it too overpowering. In fact, for me, it was the perfect amount of bourbon.

However, I’ve found that I drink mine straight so often that I am no longer capable of making a cocktail for someone else. They always think it’s too strong. 😛

If you’re not a fan of the taste of liquor, though, you might want to lower the amount to 2 ounces (which is the capacity of a standard shot glass).

Let us know what you think!