This delicious gluten free cheesecake is made with an almond butter filling on top of an almond meal crust and encased with chocolate.  This post is sponsored by Epicurious.com. The recipe is all my own! 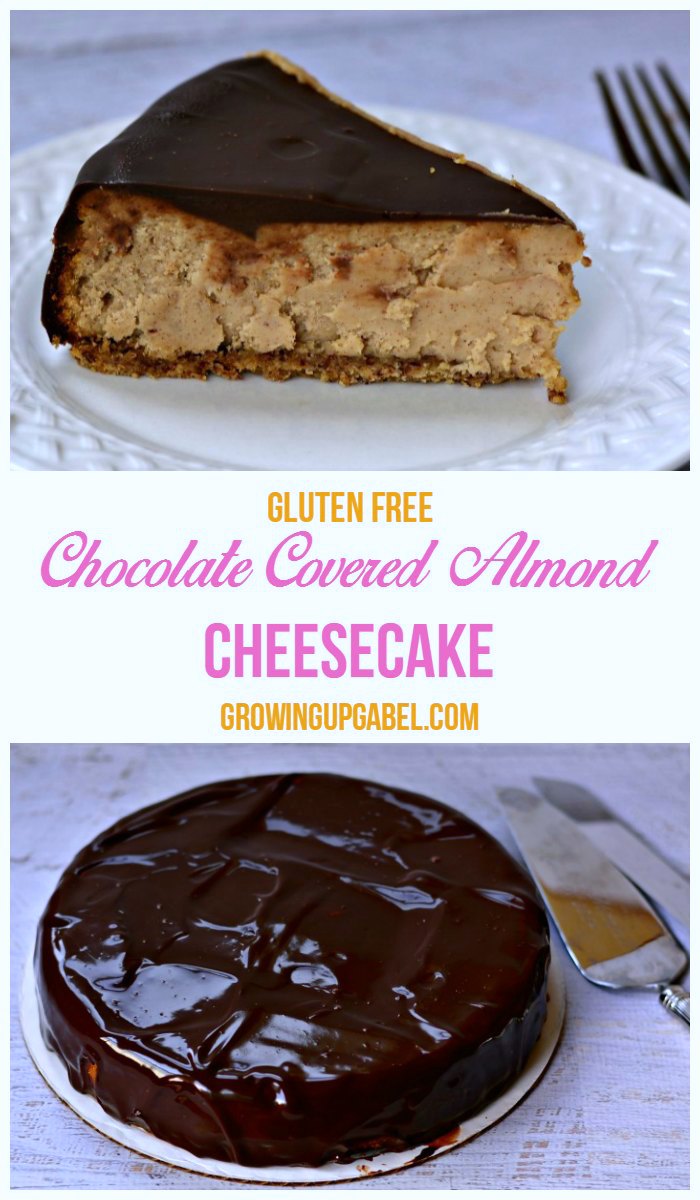 There’s nothing quite like a personal touch to make you feel special.  Like going to a restaurant on your birthday and getting a special birthday dessert.  I especially love it when it has my name on it! February is my husband’s birthday and cheesecake is his favorite dessert.  Every year I create a new cheesecake recipe just for him.  Last year we made some pretty drastic changes to our diet so I set out to make somewhat healthier, but still delicious, cheesecake he would love. Bon Appetit’s Out of the Kitchen series is focusing on service and I wanted to add a personal touch to my husband’s birthday dessert. 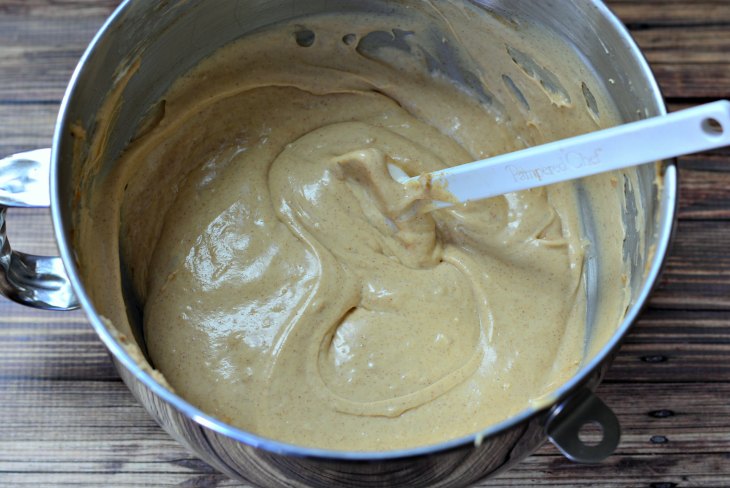 I had been playing around with a peanut butter chocolate cheesecake but we only had almond butter in the house due to our switch.  We happen to be big fans of chocolate covered almonds so I knew the flavor combination would work well.  I wasn’t sure how the almond butter would do in baking as compared to peanut butter, but it turns out it works great. 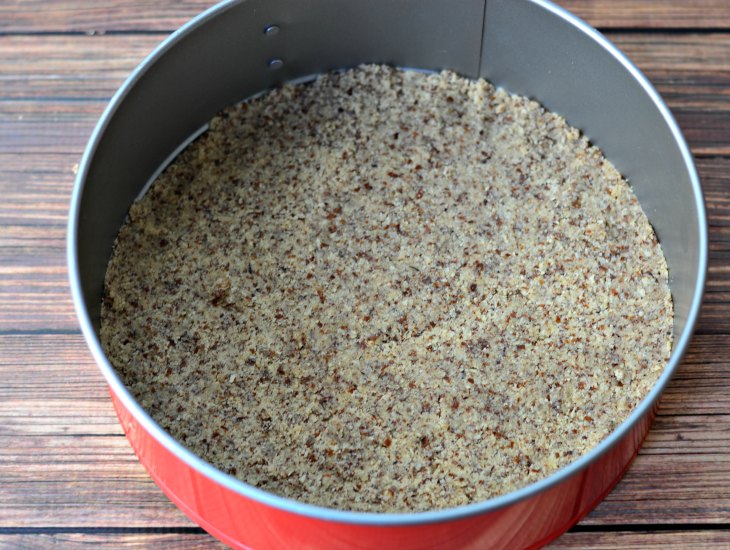 We cut out wheat as much as we could so I wanted a wheat free crust option. That pretty much cut out any of the cookies or crackers I normally use for the crust.   I’ve had great results using almond meal so I decided to make the crust out of that and it would compliment the almond butter wonderfully.  It was awesome! No one even noticed that I hadn’t used cookies or crackers for the crust.

Once I had the cheesecake baked, I really wanted to coat it in chocolate to make “chocolate dipped.”  I made a basic ganache, poured it over the cheesecake and put it in the fridge so that it would set up thick.  I was also a tiny bit afraid that if the cheesecake didn’t taste good at least it was covered in chocolate! 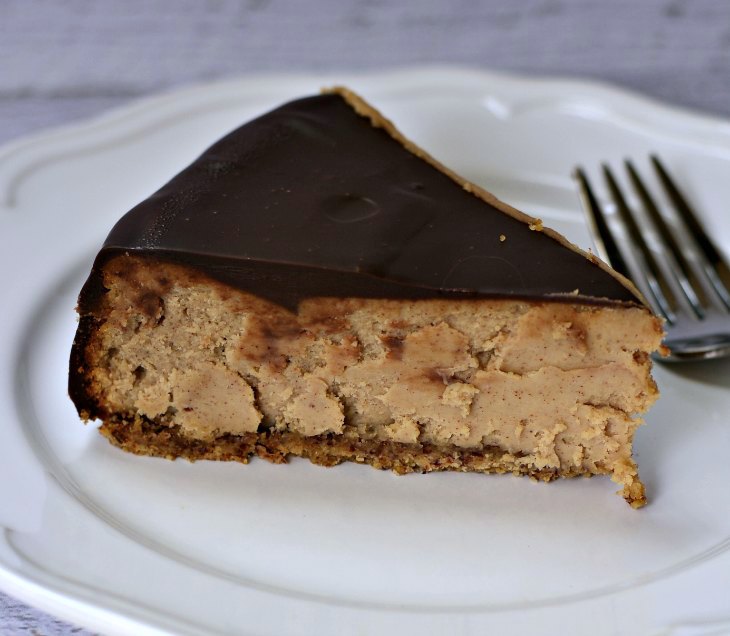 Well, the cheesecake was a HUGE hit! Everyone loved it and wanted an extra piece to take home.  My husband was so touched by the time I took to create his favorite dessert but with some of our new dietary restrictions.  It was a very personal touch that he loved and I enjoyed doing for him. 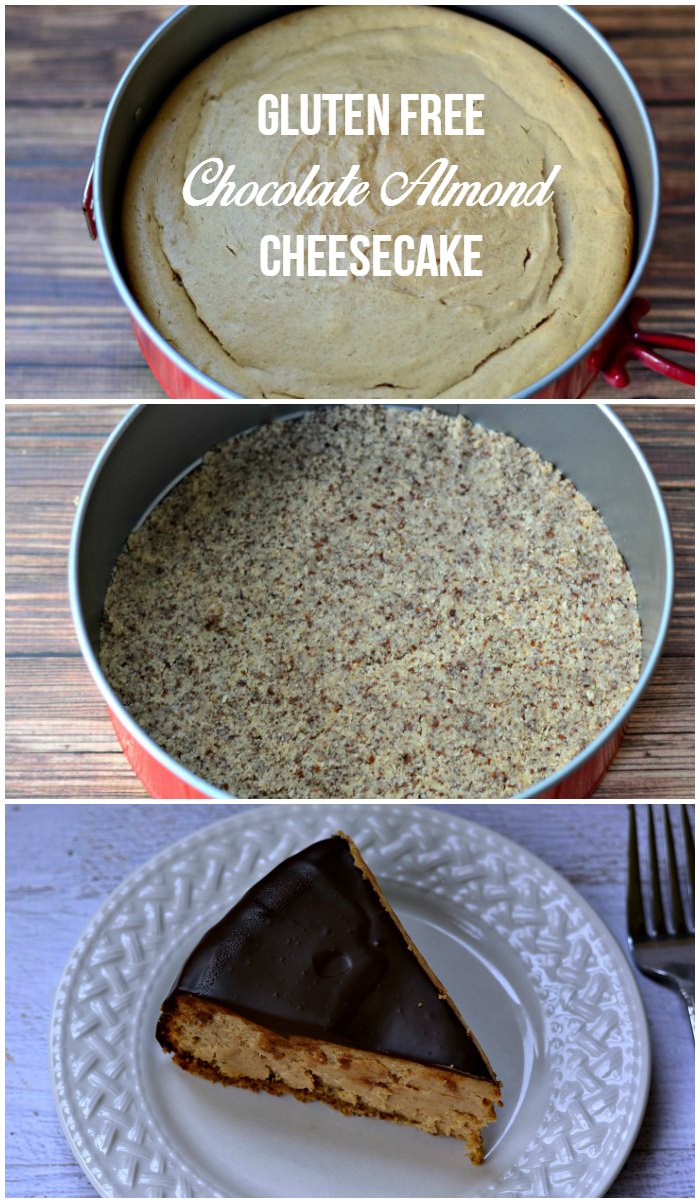 Want to meet purveyors who are making a difference with their customers? Check out BonAppetit.com’s “Out of the Kitchen”, an ongoing exploration of the relationships that build and sustain the food industry. See how hyper-local food markets operate and how their focus on quality and service keep customers coming back for more.

How to Make Chocolate Sauce with Cocoa Powder

How to Make a Dirt Cake Centerpiece

50 Pantry Staples to Make Instead of Buy