A vanilla ice cream mixture is enveloped by a crunchy cereal crust creating an amazing fried ice cream look alike that is perfect for a crowd! 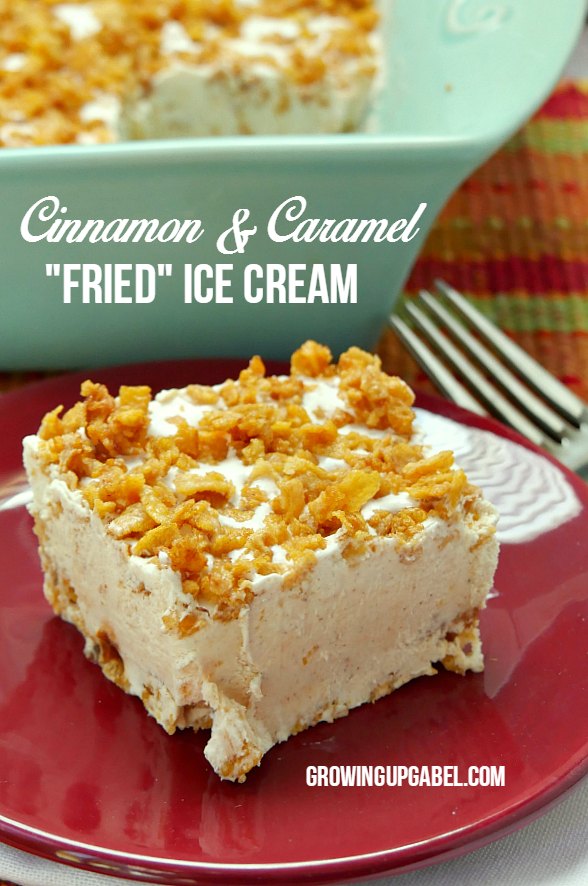 Since moving to the Southwest over a decade ago, I’ve quite improved my knowledge of Mexican and Southern American foods.  I still remember the first time a waiter asked me if I wanted my enchiladas red or green.

I love cooking food from south of the border including refried beans, guacamole, and even sangria.  But what I really want when I eat Mexican food is fried ice cream. 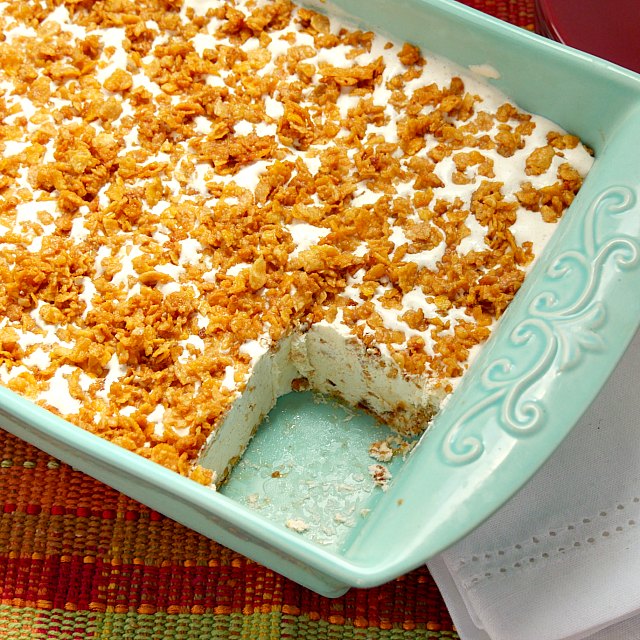 Actually frying ice cream is a bit further than I want to go, but this fried ice cream recipe tastes just like you did just that! Plus it’s perfect to make for a party or potluck – if you want to share.

I’ve made this fried ice cream recipe using both homemade whipped cream and a store bought container of whipped cream. It works either way.

Make sure to leave enough time to let the fried ice cream really freeze up. After 4 hours in the freezer I could serve it but it was still soft.  Overnight, though, it is perfect.

I think this would be a lot of fun as part of “Fried Ice Cream Bar” with lots of different toppings like honey, chocolate sauce, or strawberry and extra whipped cream.