Make slow cooker bread dinner rolls out of a tube of bread dough for a fun and easy Crock Pot baking adventure. 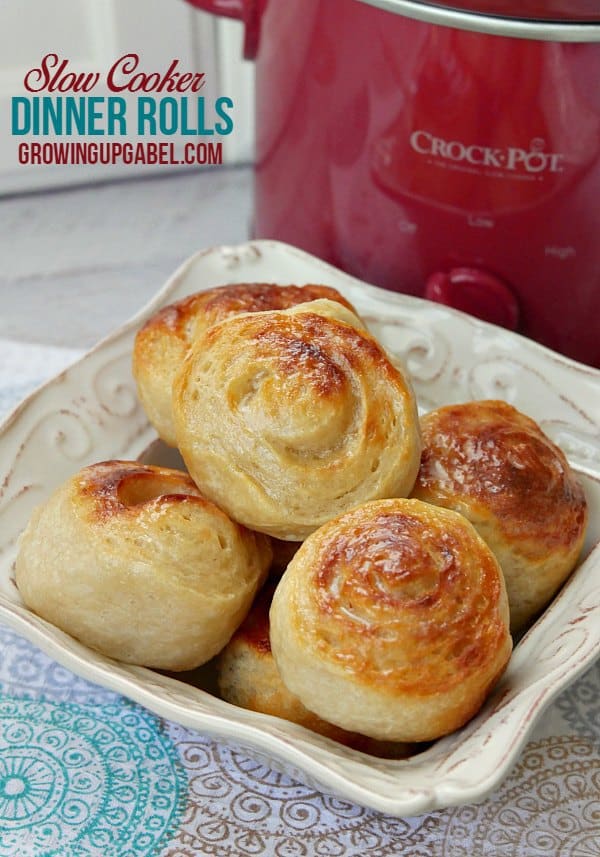 I first played around with baking bread in the slow cooker a few years ago. I made slow cooker dinner rolls using a no knead homemade bread dough.  To my surprise, it worked like a charm!

But why bother baking bread in a slow cooker when an oven works just fine? First, it’s a great way to bake bread when oven space is at a premium like at Thanksgiving. This way you get hot, fresh bread and all you need is a broiler to brown them.

Second, during the summer months when I avoid turning on the oven at all costs. I used to bake all my own bread and finding a way to bake it without heating up an already hot house was awesome.

And it’s just crazy cool to bake bread in your slow cooker! 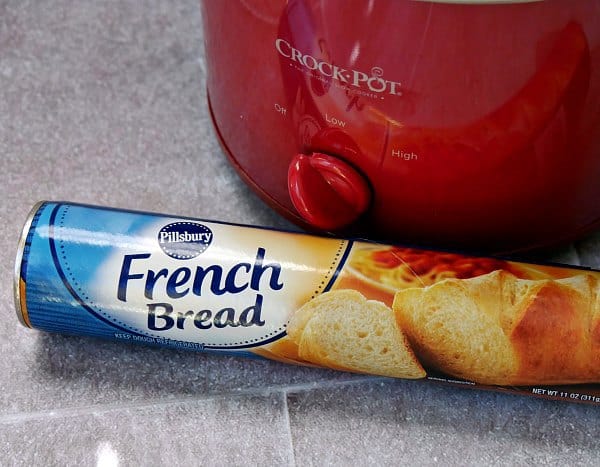 I had a roll of Pillsbury French Bread in my fridge that needed to be baked. I wondered if I could bake it in the slow cooker like I had made the homemade rolls.  I don’t normally bake bread out of a tube, but I figured it was worth a try. 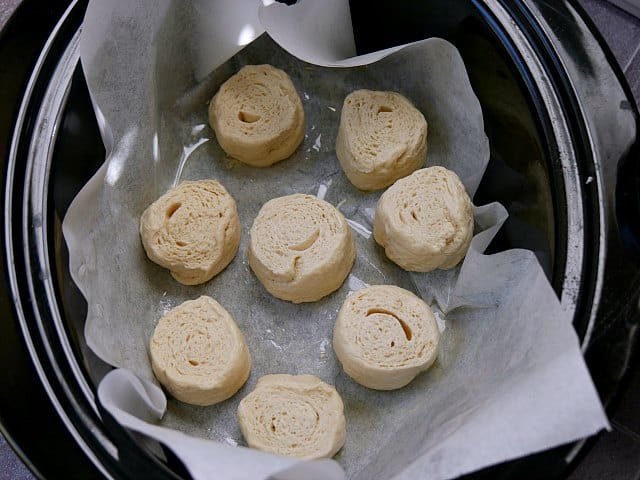 At first I tried to bake the bread whole in a loaf, but it wouldn’t fit.  I think it would work in an oblong slow cooker, though. So instead, I sliced the loaf up in to rolls. 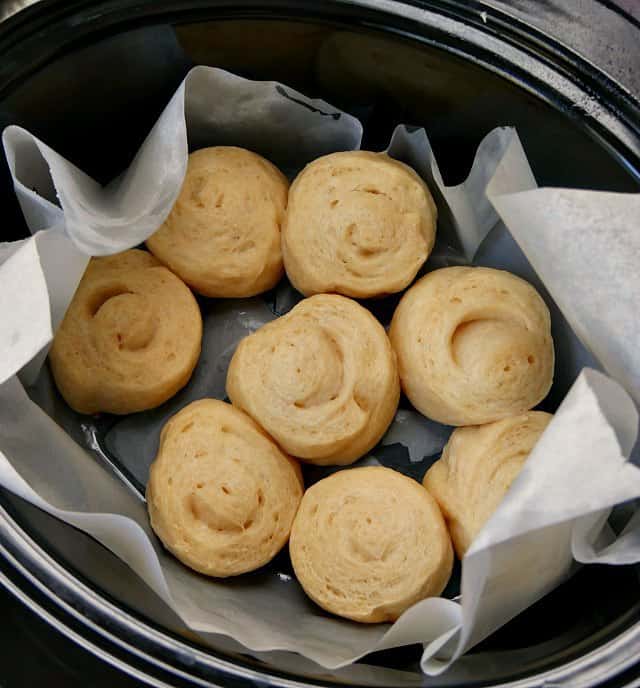 Bread bakes up perfectly in a slow cooker, but it doesn’t brown the outside.  This is what the rolls look like without browning. They are perfectly edible and taste just fine so browning them isn’t necessary.

But I like a little browned crust on the outside of my bread. I just lifted the parchment paper out of the slow cooker and put it on a baking sheet. 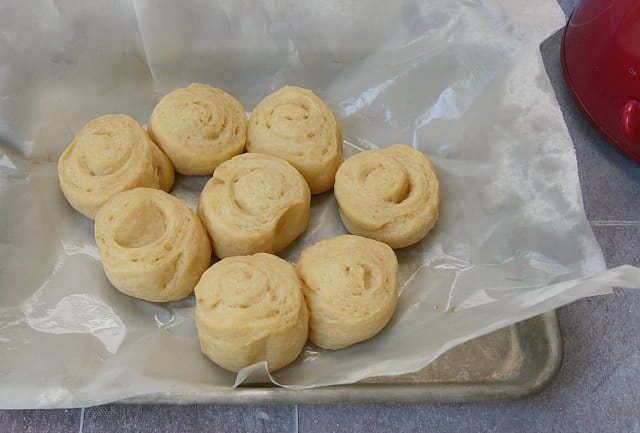 Pop the dinner rolls under the broiler for a few minutes to brow. Watch them closely because it doesn’t take long and they’ll burn before you know it! 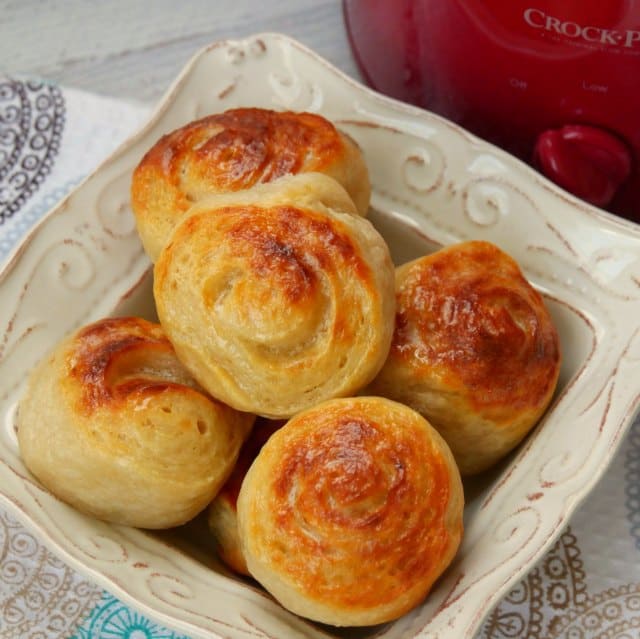 I almost burned this batch.  They got a tad browner than I anticipated. I brushed on a little butter once the rolls came out of the broiler.  A little sea salt and rosemary would be delicious, too.

Check out all the recipes from our 30 Day Slow Cooking Challenge!