Easy broccoli cheese soup is made with fresh broccoli and no canned soup or processed cheese. 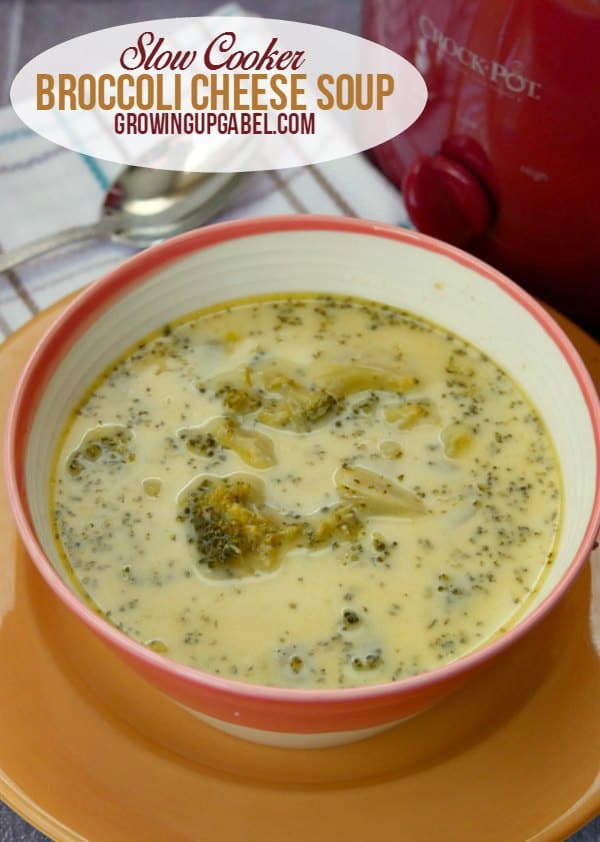 Broccoli cheese soup is one of my all time favorite soups. I usually make cheese and broccoli soup on the stove top.  I’ve been wanting to make it in the slow cooker, but I wasn’t sure it would work.

I also rarely have processed cheese on hand, but I almost always have a block of cheddar or some other kind of cheese in my fridge. I wanted a recipe I could make without having to run to the store for one ingredient. 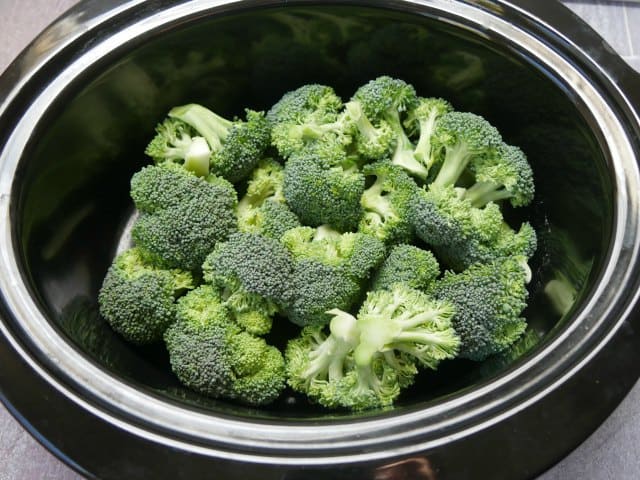 The soup starts by cooking the broccoli and some other veggies in chicken broth.  I was afraid the broccoli would get mushy, but it didn’t. It got just soft enough to be perfect.

Once the broccoli is cooked, use an immersion blender to cream it a bit. I like big chunks of broccoli in my soup so I left a lot of the vegetable whole. But blending it helps add a little thickness to the soup. 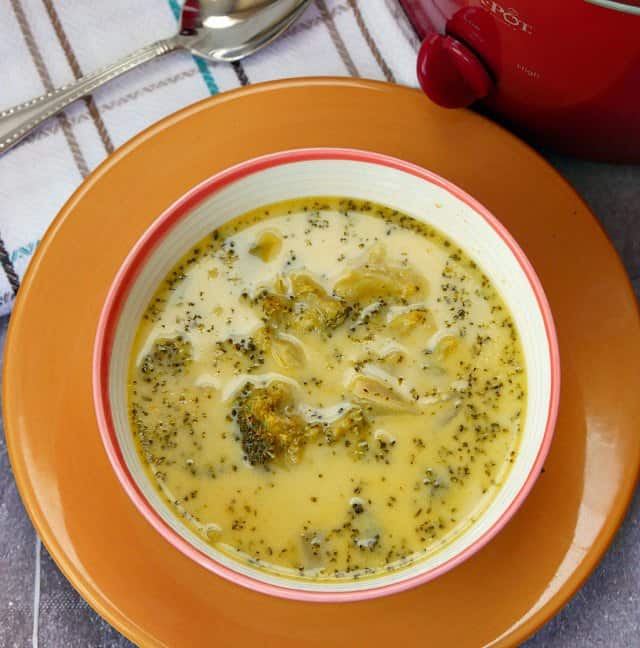 I’ll be honest that this soup is not a heavy, thick creamy broccoli soup. It had more of the consistency of chicken noodle soup. But it was still delicious!

I did use half and half in place of the heavy whipping cream so I think using the cream would make the soup thicker. And of course if you add some processed cheese, that would also help to thicken it a bit. I promise not to tell!

Feel free to substitute cauliflower for the broccoli for a twist on this soup recipe!

Make sure to check out all the recipes in our 30 Day Slow Cooking Challenge!