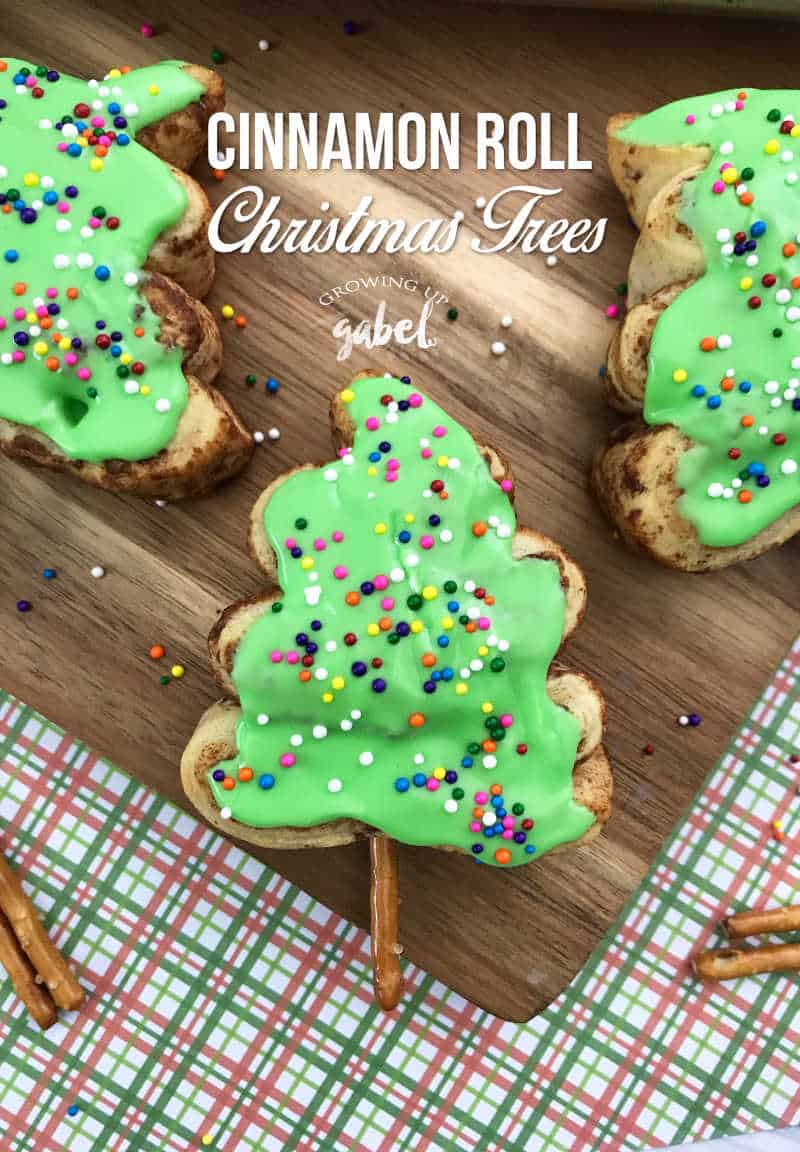 As a mom, Christmas is exhausting. After all the decorating, shopping, baking, cooking, planning and everything else leading up to Christmas morning, I generally just want to serve cereal for breakfast. But come on, it’s Christmas so a little festivity would be nice. 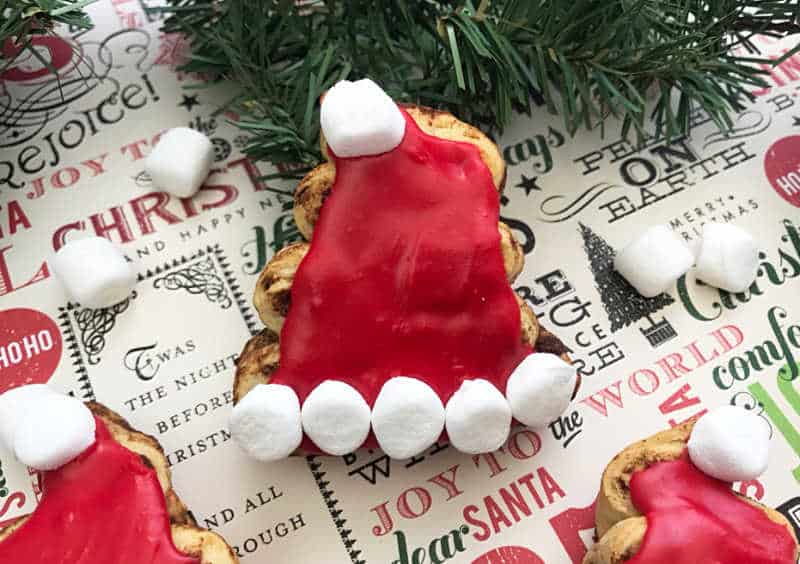 You can also turn this same shape into Santa Hat Cinnamon Rolls for Christmas.

That’s why you’ll love these cinnamon roll Christmas trees. They are super simple and easy to make so even if you’re exhausted on Christmas morning, your family will still have a fun and festive Christmas breakfast. 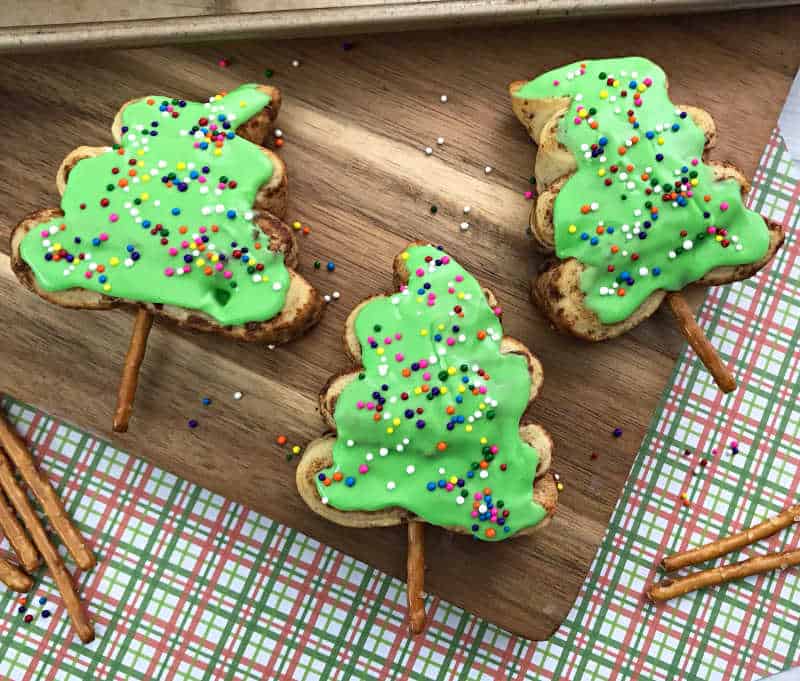 After several tests of canned cinnamon rolls, we found that paying the extra money for Annie’s Cinnamon Rolls is worth the cost. Annie’s bakes up bigger and sturdier than other brands we tried. But of course you can use any brand you prefer. They all work just fine. 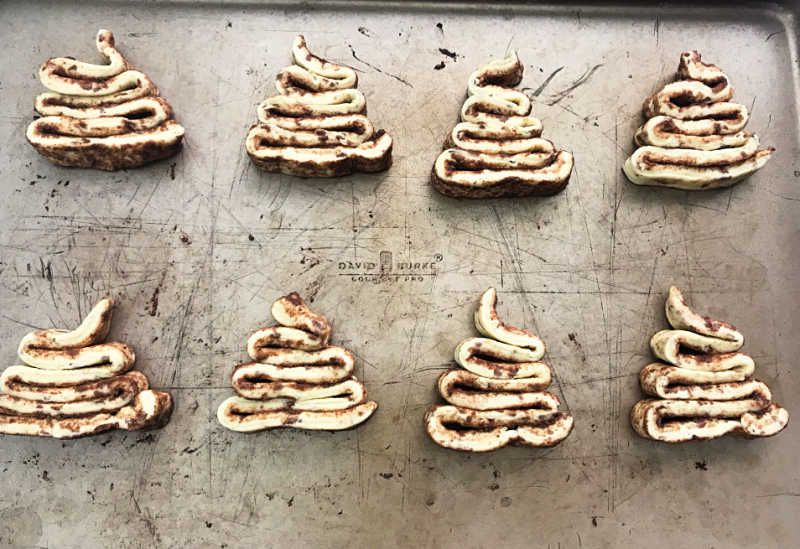 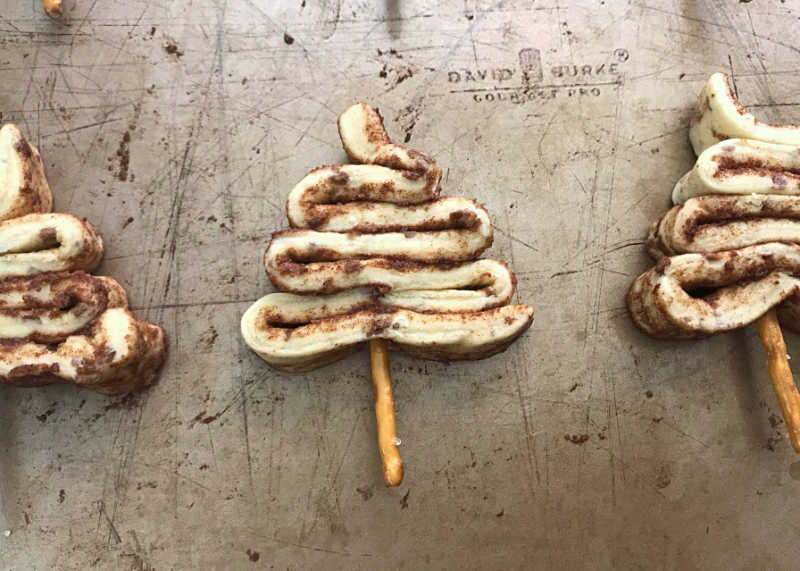 Once all the rolls are made into trees, insert a small pretzel stick into the base of each Christmas tree. Once the oven reaches 350 degrees, slide in the sheet of Christmas trees and bake for 12-14 minutes. 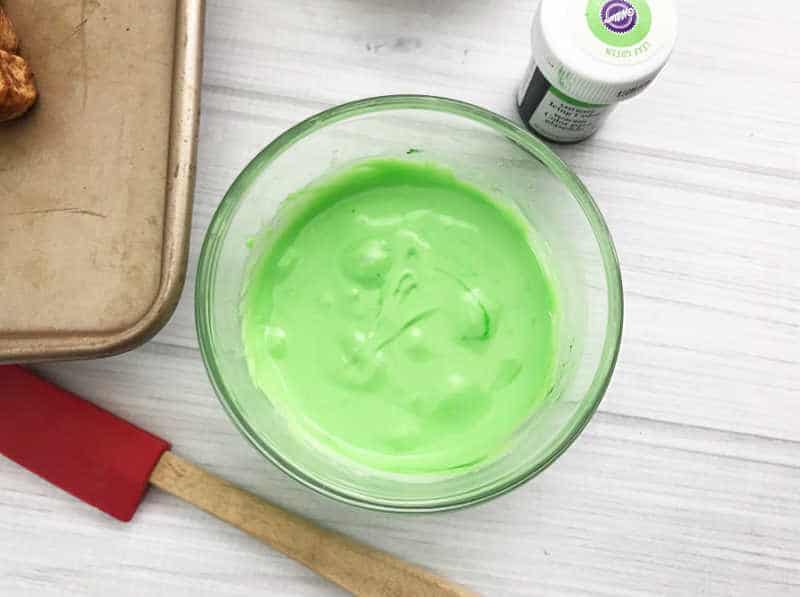 While the cinnamon rolls are baking, squeeze the icing into a small dish and add a few drops of green food coloring. We prefer to use a gel food coloring as the colors are brighter and stronger. Stir to mix. Add more food coloring if needed until you get the color green you like.

When the cinnamon rolls are done baking, they will be browned around the edges and cooked in the middle. Remove from the oven and allow to cool. You don’t want to put the icing on the rolls when they are too warm or the icing will melt. 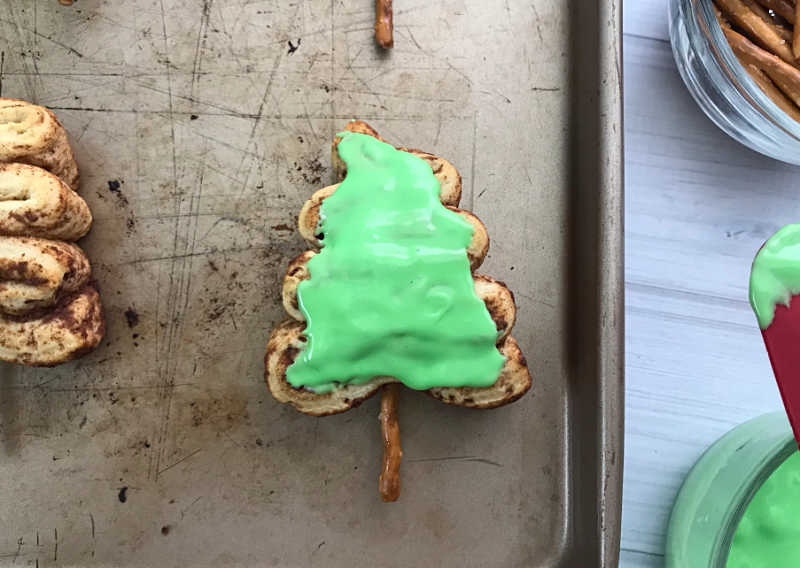 Once the rolls are cooled gently spread the icing over the warm cinnamon rolls. Sprinkle each cinnamon roll with multicolored or holiday sprinkles. 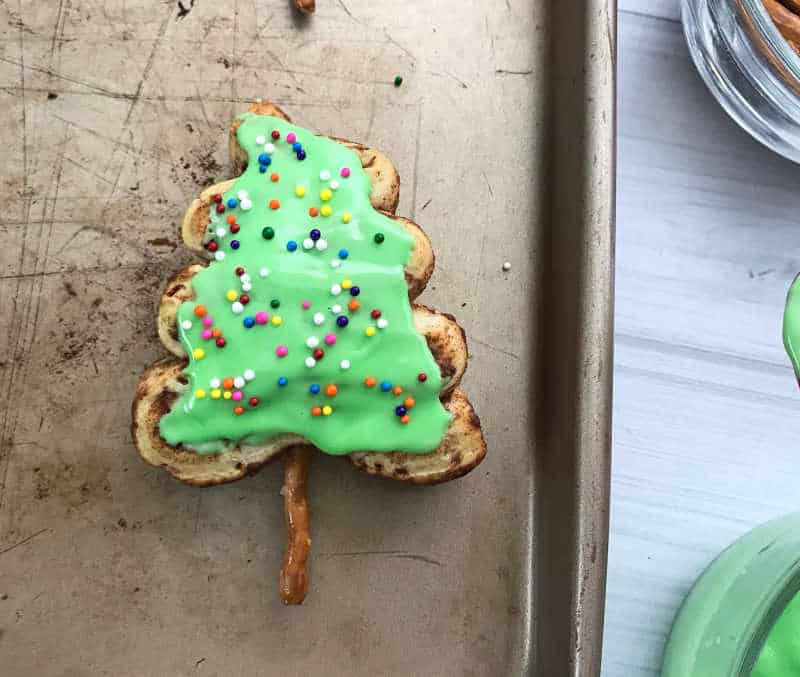