Chicken cornbread casserole made with a quick and easy homemade filling is topped with a cornbread crust box mix and baked to perfection. 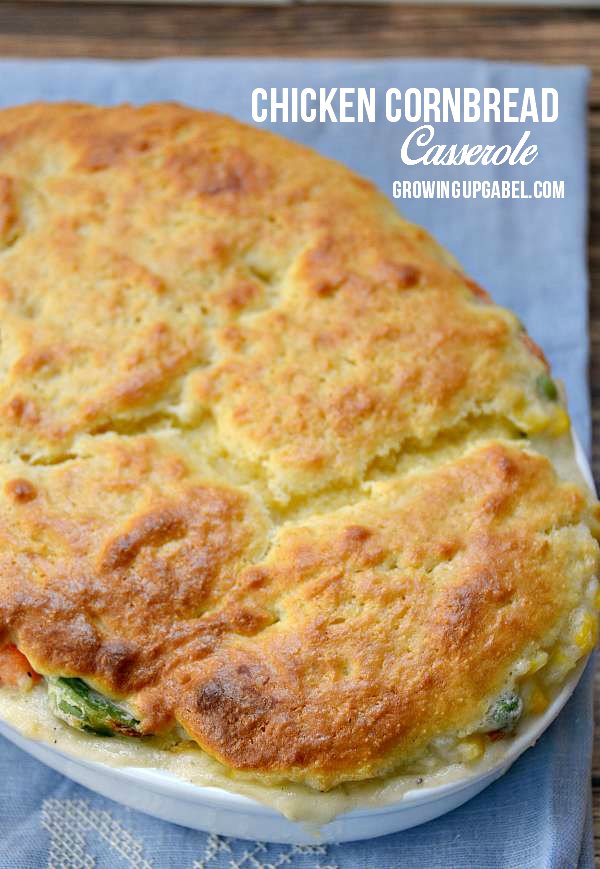 This recipe happened quite by accident. Chicken pot pie is one of our favorite recipes. But dealing with the pie crust is somewhat of hassle. One evening I really wanted to make chicken pot pie but not mess with a crust. My neighbor had recently moved and gave me the contents of her pantry which included a box mix of honey cornbread. 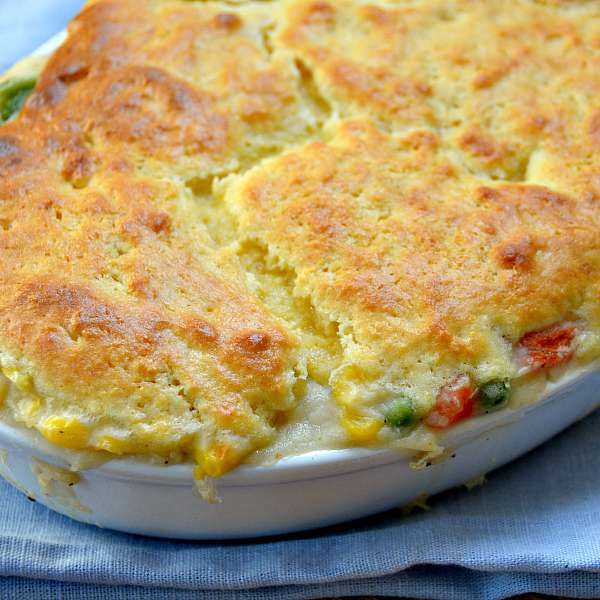 So I whipped up my pot pie filling, mixed up the cornbread and baked it all together. It was magic! There is no worrying whether the crust is soggy, either. Because it’s not technically a pot pie, we named Chicken Cornbread Casserole. 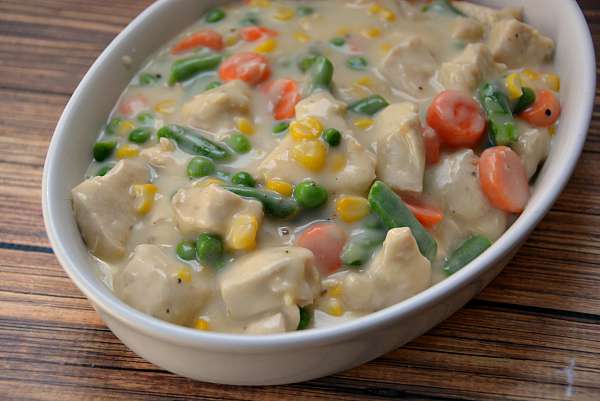 The filling for the casserole is made from scratch, but it’s super easy. Even if you’ve never made anything from scratch before, you can handle this. A bag of frozen veggies means you can skip any chopping.

Melt butter in a large pot on the stove over medium high heat. Add onions and cook for about 2 minutes. Add in bag of frozen vegetables and cook until warmed through and no longer frozen. You can also use frozen diced onions instead of fresh to make this recipe even easier. 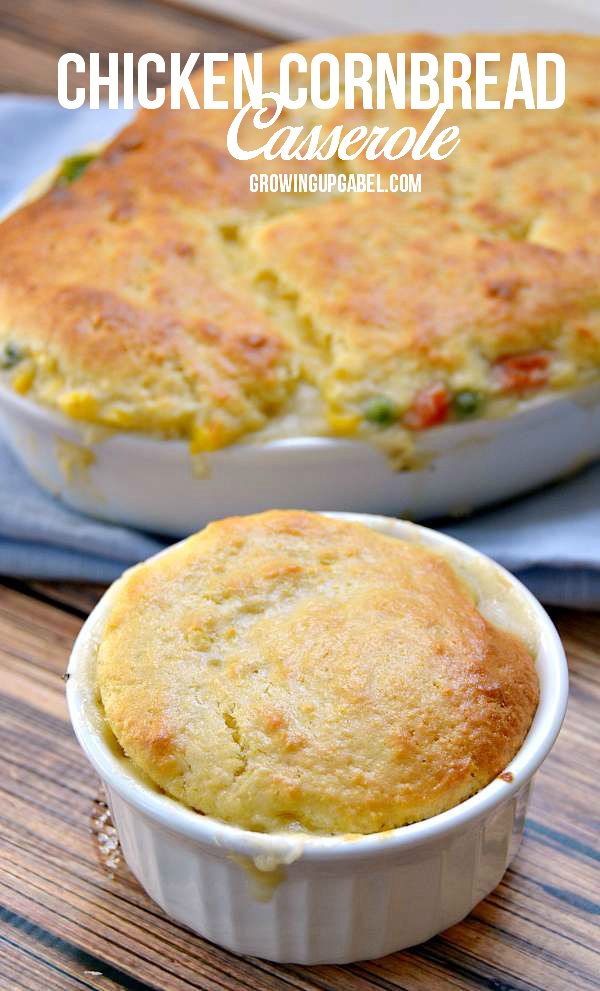 Once the filling is done pour it into in a casserole dish. As written, the recipe will easily fit in to a 2 quart dish and will feed 2-3 people. Double it to feed more. You can also bake it in individual ramekins so everyone gets their own casserole. Kids love the individual servings!

Mix up the cornbread mix. We used a 15 oz box of Krusteaz Honey Cornbread mix. The smaller Jiffy mixes can be used, but use at least two boxes. Top the casserole with the prepared cornbread mix by dropping in spoonfuls and gently smooth out.  Bake for about 20 minutes until the cornbread is browned and cooked.

This recipe takes about 15-20 minutes hands on time and another 20 or so minutes to cook so it’s pretty quick to make even on a busy weeknight. 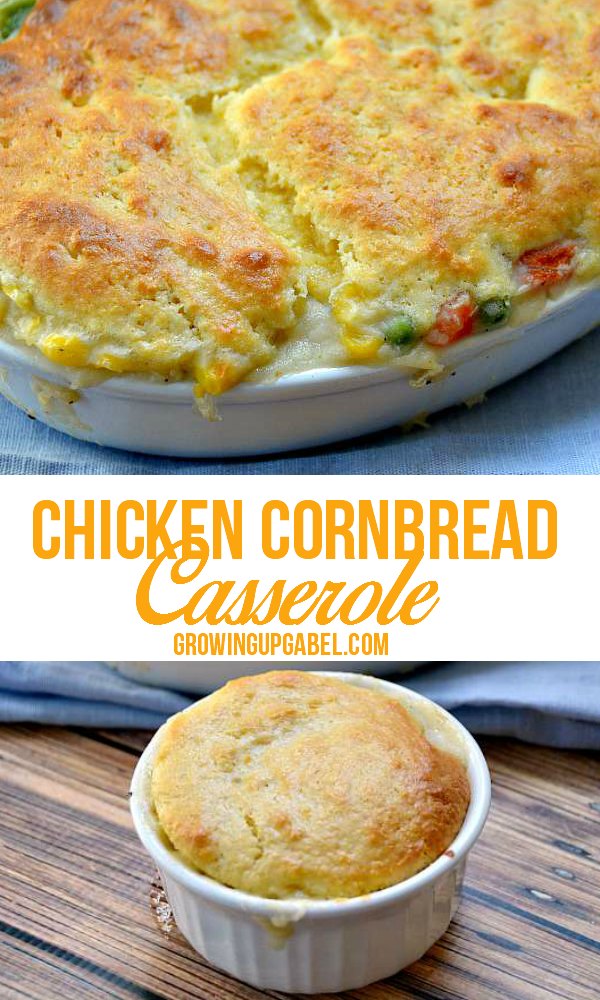 If you’d like to freeze this, we suggest making the filling and freezing that. Warm up on the stove and add cornbread to bake.

Chicken Cornbread Casserole has been our top recipe for years! It’s been pinned almost half a million times on Pinterest.  Many of our readers have made and love this casserole. Find some of their ideas and suggestions below.

10+ Beautiful Casserole Pans to Feast Your Eyes On