Are you a fan of beer and bourbon? Then you need this boilermaker bourbon beer cocktail in your life. Easy to make, delicious, great for a relaxing day on the porch or for a day in watching a game. 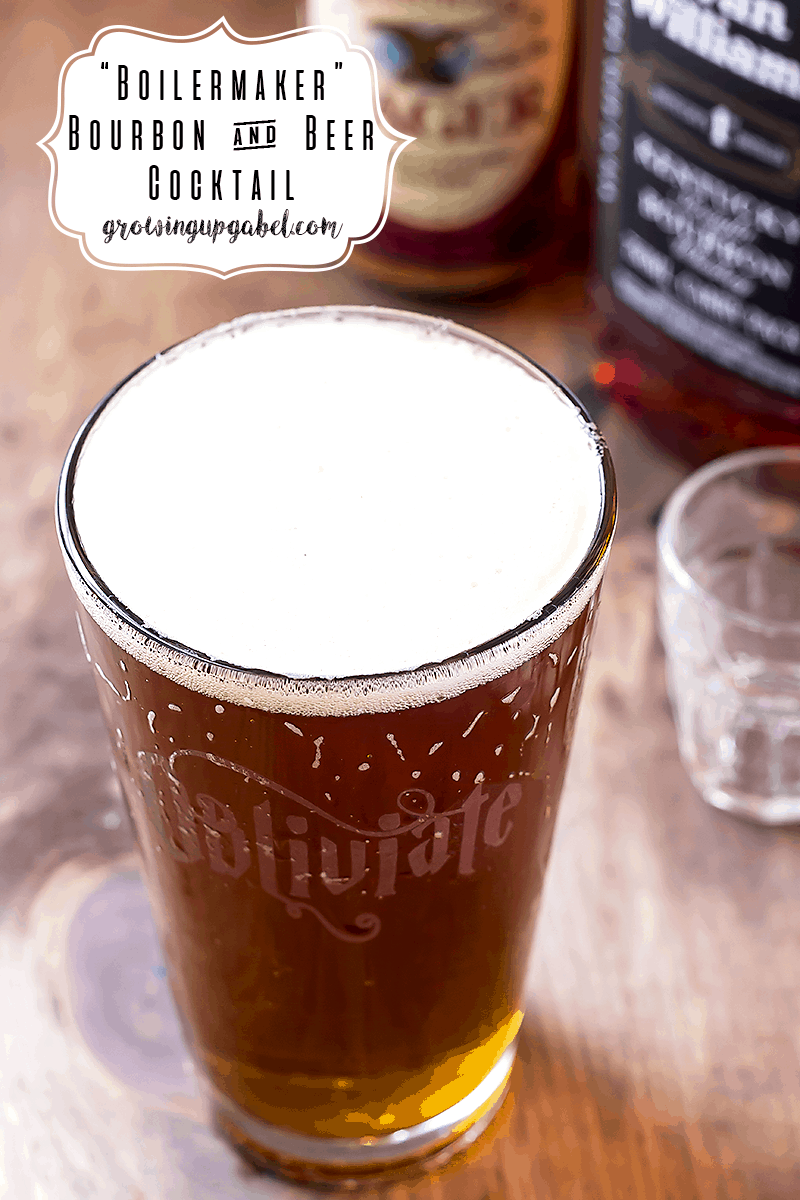 Chelsey from Budget Girl here! I’ve been sitting on this drink recipe for quite some time. Two years or so? It’s one of my husband’s favorites, but it seemed too simple to blog about.

I’ll be honest. Every time I mention this drink to someone, they give me this look that oozes skepticism. It’s not a drink that immediately appeals to people. (They’ve clearly never had my beermosas, or they would know that adding things to beer is the new cool thing.) So I make it for them.

I would love to tell you that everyone falls in love with it, but I actually get mixed results. There’s a good reason for that. 😛 Here’s what I’ve found:

For the rest of us, it’s awesome. But this drink makes the bourbon taste stronger.

I’m usually a huge proponent of trying new things, even when you don’t think you’ll like them. That said, I’ve made this drink too many times and they said, “I probably don’t like it because I don’t like bourbon.” After we wasted a whole beer. I have many bourbon cocktail recipes that you may still enjoy if you hate bourbon. This is not one of them.

For Zach? Boilermakers are where it’s at. Which is great, because it’s so easy to make and remember. Here’s how you make one:

That’s seriously it. You dump the shot into the beer. Maybe give it a little stir so you don’t get a mouthful of bourbon as soon as you take a drink. 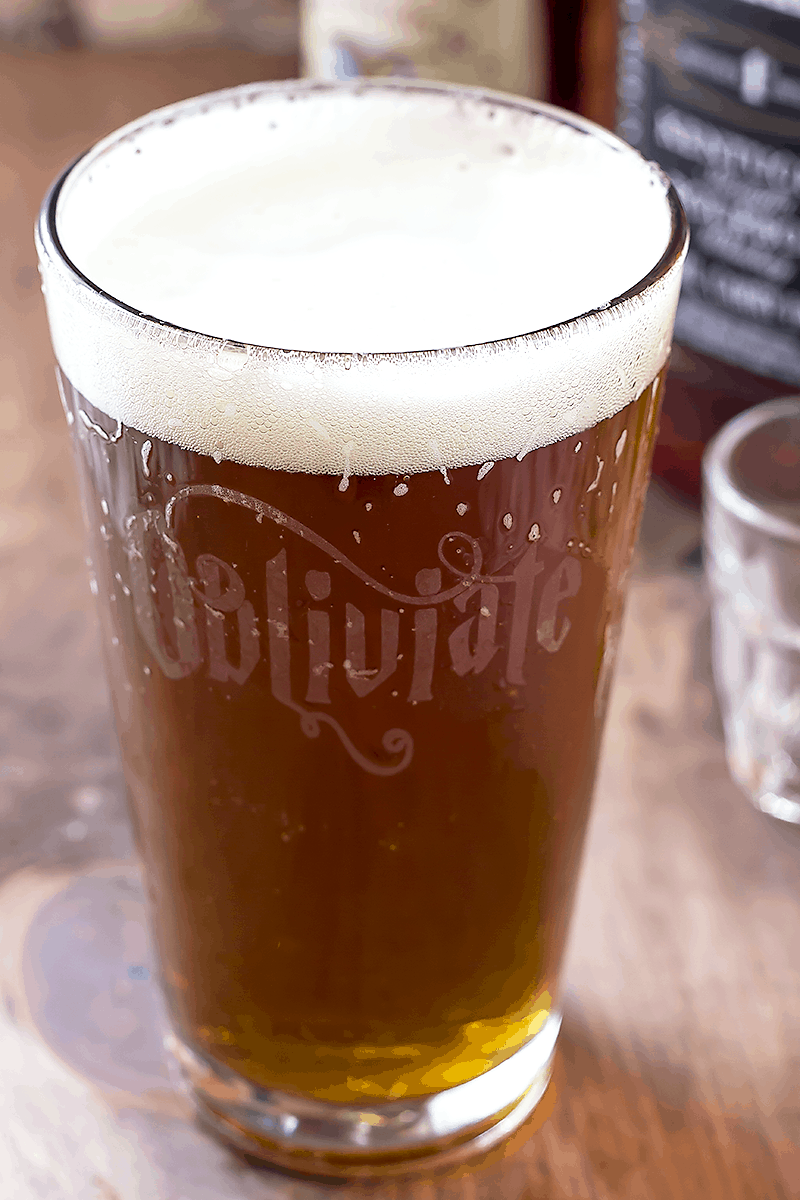 Being a fan of both beer and bourbon, I find that these drinks complement each other well.

My husband seems to agree. In fact, the first time I made this for him, it blew him away. He immediately texted his brother, “Put bourbon in your beer.” He also tells everyone else about it as often as he can. And when someone starts telling anyone and everyone about a recipe, you know it’s good. 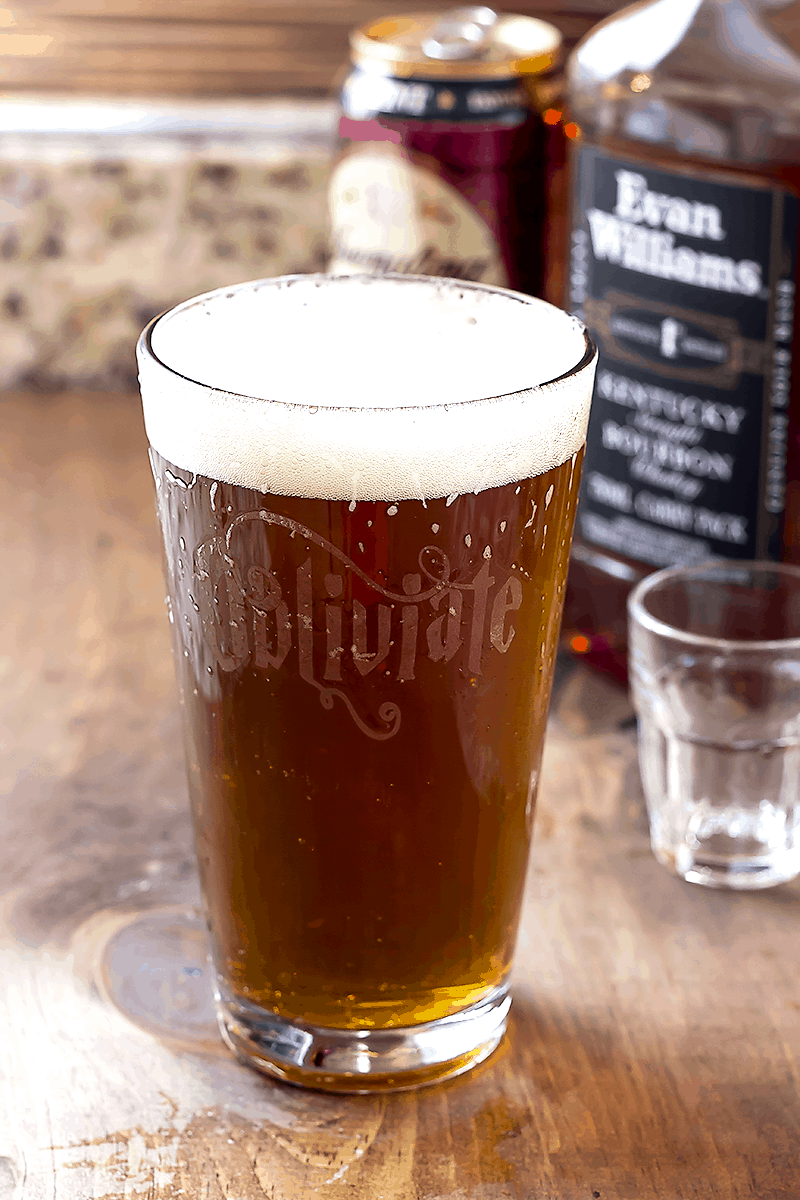 Though this idea came to me on a whim, it turns out it actually existed as a drink for a long time. I didn’t come up with the name, “Boilermaker.” It turned out, that’s what people call it. For something so simple, I’m not that surprised that we weren’t the first to think of it. 😛

And if you’re a bourbon person, try out some of these recipes:

I bet they’d all pair pretty nicely with the butter pecan bourbon cake I’ve got over on my own blog. 🙂