Kick up cornbread with cheese and bacon in this easy cornbread recipe made in a skillet! A boxed mix is used to make a quick and easy side dish. 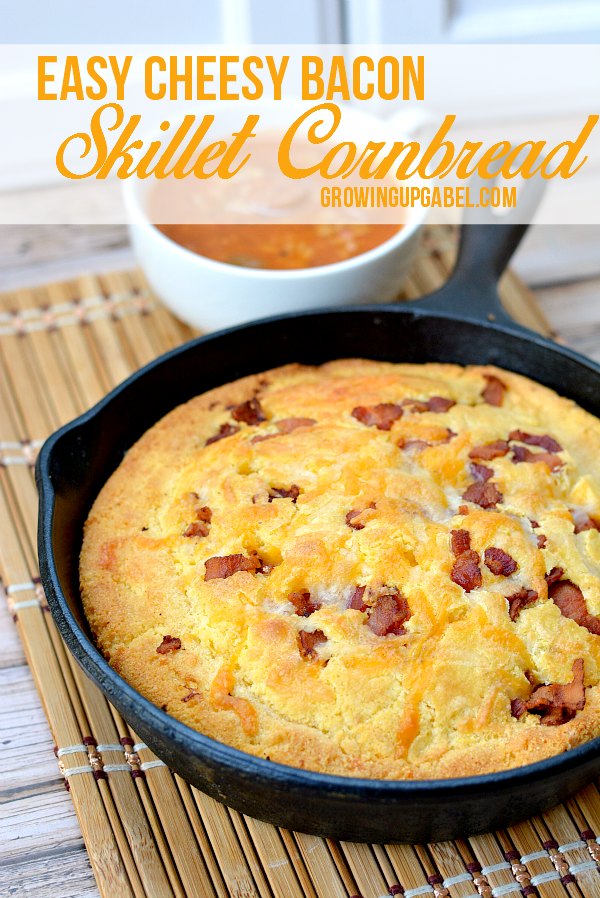 It’s amazing what you can make with a box of cornbread mix. You can use it to top off a Easy Weeknight Cornbread Chicken Casserole Recipe or make Skillet Corn Casserole with Cornbread. But sometimes, you just want some nice cornbread to eat with a big bowl of soup or chili.

You can doctor up a cornbread mix with a lot of great mix ins like bacon and cheese. Spice things up by adding is some diced green peppers or jalapenos. Any way you make it, this skillet cornbread recipe is not only delicious, but it’s quick to make.

Next, cook the bacon in a small cast iron skillet until it’s nice and crispy. You can dice it before or after you cook it.  Remove the bacon from the pan when it is cooked and dice if not already done. Leave as much of the bacon drippings as you can in the pan.

Remove the pan from the heat.  Pour the prepared cornbread batter right in to the hot skillet with the bacon grease. Scatter the cornbread and the cheese onto the top of the cornbread. Bake according to the directions on the cornbread mix package. Ours baked for about 15 minutes at 375 degrees. 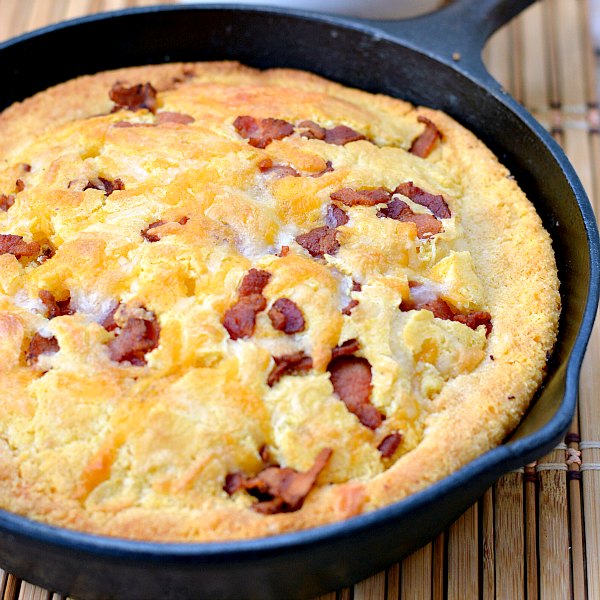 Once the cornbread is done, remove from the oven and let it cool a bit before cutting. 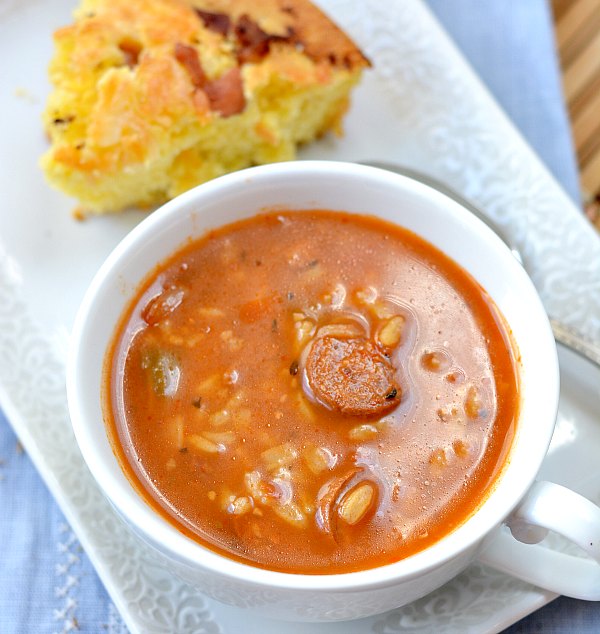 How to Declutter Your House and Make Money for the Holidays